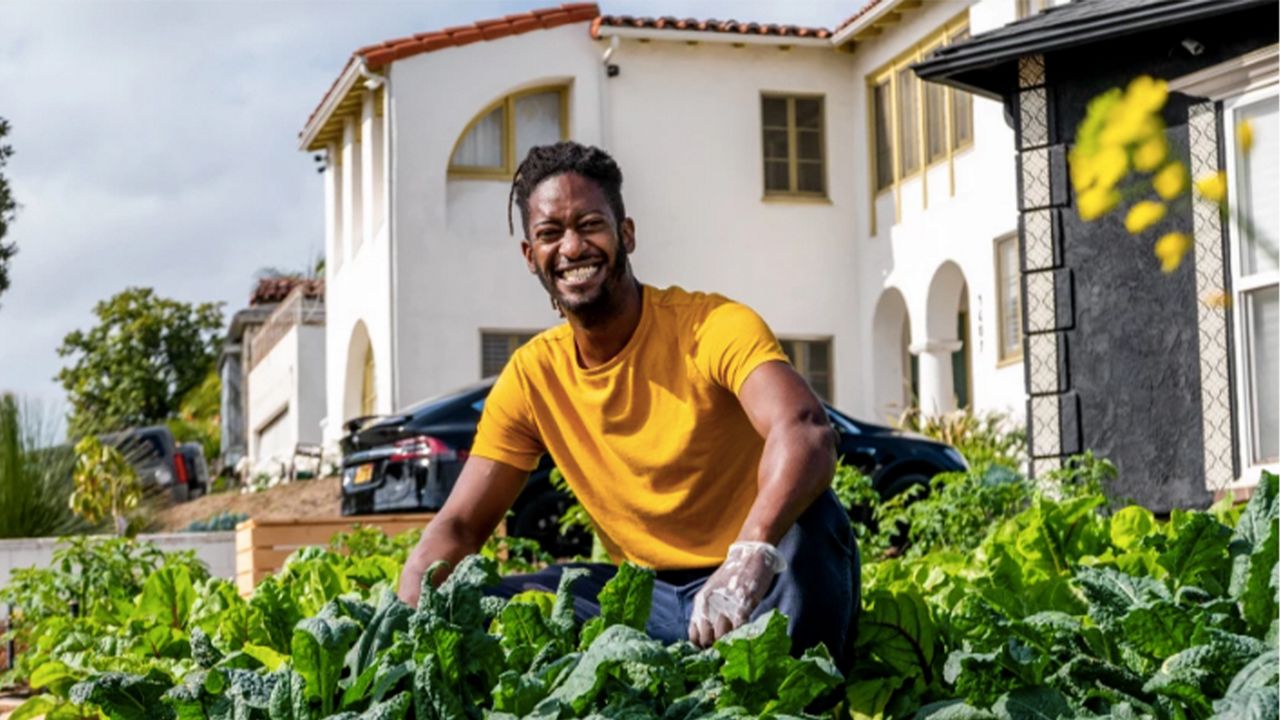 But an urban gardener named Jamiah Hargins wants to change that by turning ordinary lawns into micro farms.

Hargins believes everyone is entitled to the nutrients beneath their feet. That applies to people in apartment buildings or condos.

"I felt powerless, so now I don't feel powerless, and we together as people aren't powerless when it comes to our food. So the plan for the food here is that we sell memberships to locals within two miles, and at the same time, 10% of what we grow is donated to the community fridge down the street at Lamar Park next to the Hot Cool Cafe," he said.

One of Hargin's goals is to grow food in unused spaces, creating green jobs and nutrient-dense food in a hyper-local manner.

"We want to do that here as our first example, and we expect to see hundreds more of these across LA. All the power and all the decision-making is in the hands of large food conglomerates. We understand that, and we know that that's the game. But in our situation, we want to change the game. So we're now saying we have control of our food; we got control over our economies and our distribution networks. So this is a different game now," he said.

Hargins said growing food is empowering, and it builds your confidence because you produce something that exists only because of your hard work.

The farm was built using part of a $50,000 LA2050 grant from the Goldhirsh Foundation but will be sustained by subscriptions that cost $36 per month and $43 with delivery. For that, subscribers get a 3-pound mix of greens and vegetables every week.

"The Swiss chard is rainbow-colored from red, yellow, orange, pink, white. We've also got kale. We've had bok choy, heads of romaine. We've got tomatoes coming in soon as well as peppers for the summer. And even now, we're harvesting our basil for the first time along with oregano and thyme. So we've got a nice herb section with green onions and spinach. I mean, we can really put anything that will grow in this kind of space and let it do its thing," Hargins said.

The communities Hargins is helping have faced many disparities in healthy food options, but he believes the micro farms will do more than provide fresh vegetables.

"You know, for Black American farmers, you know, a lot of us, through our families, have lost land. We've lost opportunities either through violence and straight up, you know, harassment or through, you know, very inventive and creative bank tactics that end up taking the land away from us. So, you know, this is to say, like, the skill itself is beyond valuable than having land. I am a landless man, and yet we've created this idea, this movement, this process, and it's still very valuable," he said.