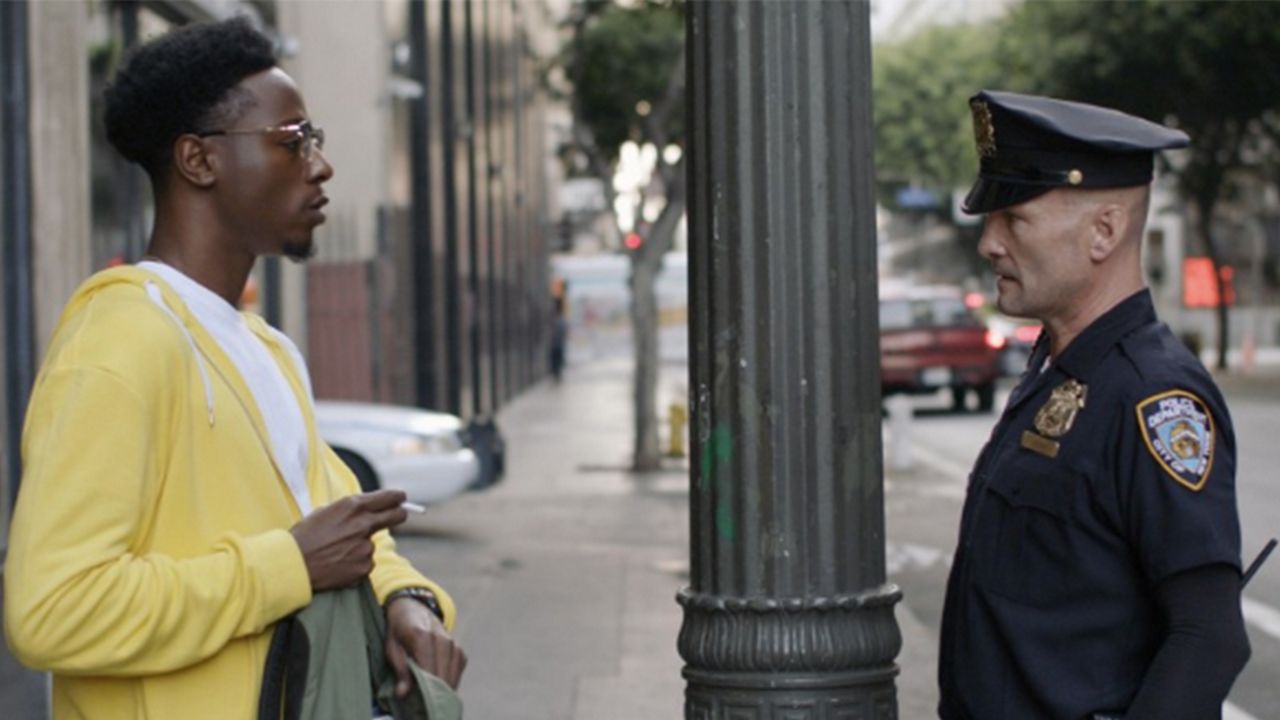 In an era with no shortage of images of violence against Black people on the news, there is now growing controversy about that imagery in the name of "entertainment."

When does storytelling become more repeated trauma than educational?

The Oscar-winning live-action short "Two Distant Strangers," which premiered on Netflix the same day the television series "Them" arrived on Amazon Prime Video, raised concern over its graphic content.

"Two Distant Strangers" is a story of a young Black man who spends the night at his girlfriend's apartment, and he steps outside and gets harassed and killed by a white cop. The sequence keeps repeating itself in a "Groundhog Day"-style cycle where he is trapped in this scenario and killed over and over again, no matter how much he tries to change the circumstances.

"Them" is a limited series on Amazon Prime, about a Black family in the 1950s who migrates to Compton from the South to escape racism. They encounter more horror in the neighborhood of Compton, not only with hostile white neighbors who do not want them there but also supernatural forces that are terrorizing them.

"Both these projects contain very disturbing images of Black people being victimized by horror in violence," Braxton said.

"Of course, it is upsetting to see a young Black man in this short killed over and over again. In 'Them,' there are some scenes of very upsetting violence. There is one scene set back in the South where a couple's baby is killed by some racists who stuff it into a pillowcase and start playing 'cat in a bag' while the mother is being raped. Then there is another scene in the series where a couple of young Black travelers are captured by this cult-like community, and they are blinded with hot pokers and then burned to death. So, both these instances are very graphically depicted and horrifying to watch," Braxton added.

Braxton says the people behind this are aware that they are presenting offensive subject manner, but say these scenes and details are necessary to get across the brutality of racism.

"They defend their images and are hoping audiences do not get too wrapped up in the violence and miss the message. I think the people who are reacting to this in such a negative way are saying the violence is overwhelming. We already know racism is savage; we see this played out on the news almost every day. There is white supremacy, police brutality against Black people, and when it comes into your living room as entertainment, a lot of people feel that it is too much."

Experts compare the recent depictions of violence to the power of less brutal scenes in the hit 2017 film "Get Out," which was written and directed by Jordan Peele.

"I think people believe that 'Get Out,' which was about a young Black man who gets caught up in this nightmare scenario with the parents of his white girlfriend, was presented with a subtlety that did not rely so much on violence. But it also got across the fact that racism is horrifying. And it did not depend on violent or brutal images. And the film was applauded for that; Jordan Peele won an Oscar for his screenplay, and I think it was something that every audience could identify with. And it got across that imagine without people being disgusted by how it was presented," Braxton said.

Click the arrow above for the interview. (A word of warning, some of these images are difficult to look at.)

Watch "LA Times Today" at 7 and 10 p.m. Monday through Friday on Spectrum News 1 and the app.