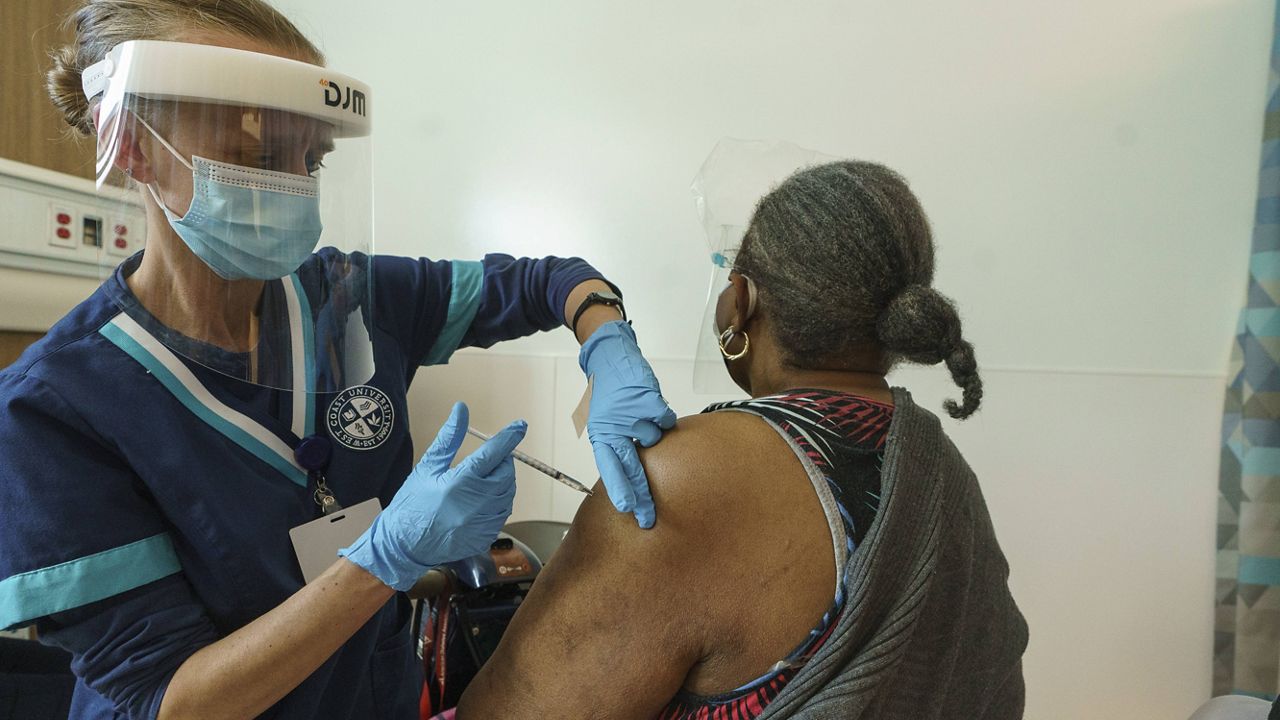 Efforts Are Being Raised for Vaccine Equity for Essential Workers

Beyond supply and demand issues, the LA Times has been looking into COVID-vaccine equity and how to make sure all those who qualify for inoculation have proper access. According to L.A. County Public Health Data, cities where more than 25% of the population is vaccinated, are in wealthy areas. While in South L.A. and less affluent neighborhoods, only 9% are inoculated.

Before becoming a vaccination site, Kedren only provided mental health services, but the area decided to administer vaccines because of the lack of access in South Los Angeles.

“Right now, there are only so many vaccination sites in South L.A., which of all neighborhoods in L.A. County, has many essential workers, and that is where people are getting sick and dying the most. It tracks that there have not been many people going out to these sites, but the sites that do exist are drawing people from other parts of the county and city who cannot get appointments in other sites," said Smith.

"It is a weird scenario at Kedren Health, where you have people in line who are from the community and are 65 and older, waiting for their appointments. Still, then you also have this line of vaccine chasers for people who do not have an appointment but are hoping and waiting that there will be some leftover doses at the end of the day. Then some people are scheduling appointments online that do not live anywhere near South L.A. They chose to go to Kedren Health because it may have more appointments than Dodger Stadium or some of the other vaccination sites."

Smith had seen the disparity of vaccine access for essential workers when she was moving apartments.

“As somebody who lives by herself, I could not move a lot of heavy furniture by myself, so I ended up hiring a few people to help, and they were both essential workers under the age of 65. They had multiple moving appointments that day; they had PPE, and they were wearing masks and everything. But they were not qualified to get the vaccine under state guidelines at least until next month. It is one of those things where there is so much debate of who should get the vaccine next.”

The people exposed the most are the ones at the end of the line when it comes to vaccine access.

“I think the biggest argument about vaccine equity is whether we should be vaccinating people based on age. Or should we vaccinate them based on several other criteria, whether it is your age and the fact that you may be an essential worker? Is it about where you live? Do you live in a household with several different people? So, in some way, one person’s job becomes a risk for a whole lot of people. And that has been the story for South L.A., which is why you see the numbers that you do regarding the number of cases and deaths in that region,” added Smith.

There is great effort to get out into the community and raise awareness about the importance of vaccines.

“I met Pastor Noel, and he is a pastor at City of Refuge L.A. in Gardena, and he had come to get vaccinated but to make a point to his congregation about the vaccines being safe," said Smith. "He told me about his congregation members who believe conspiracy theories and do not want to get vaccinated. So, he wanted to go out there and demonstrate the importance of doing it."

Pastor Noel also said there needs to be more dedication to vaccine equity because that will stop the virus.

“I think this idea that we can have the Westside of the County vaccinated and leave South L.A. to fend for itself is not going to work. We have people from South L.A. who are working as essential workers on the Westside and other parts of the county. So leaving people to continue to get sick and die is eventually going to affect everyone. As a city and county, if we cannot agree that we should let other people go first who need it most, we need to understand that we are all at risk. The longer that the people who are essential workers and more vulnerable are at risk of COVID-19, all of us are at risk as well.”

The disparities in the distribution of #COVID19 vaccines continue to be not great. As of Sunday, Black Californians had only received 2.9% of the doses.

For my latest column, I spoke to @BishopNoelJones about the power of Black churches to help fix this. https://t.co/3DwIpU5vEq