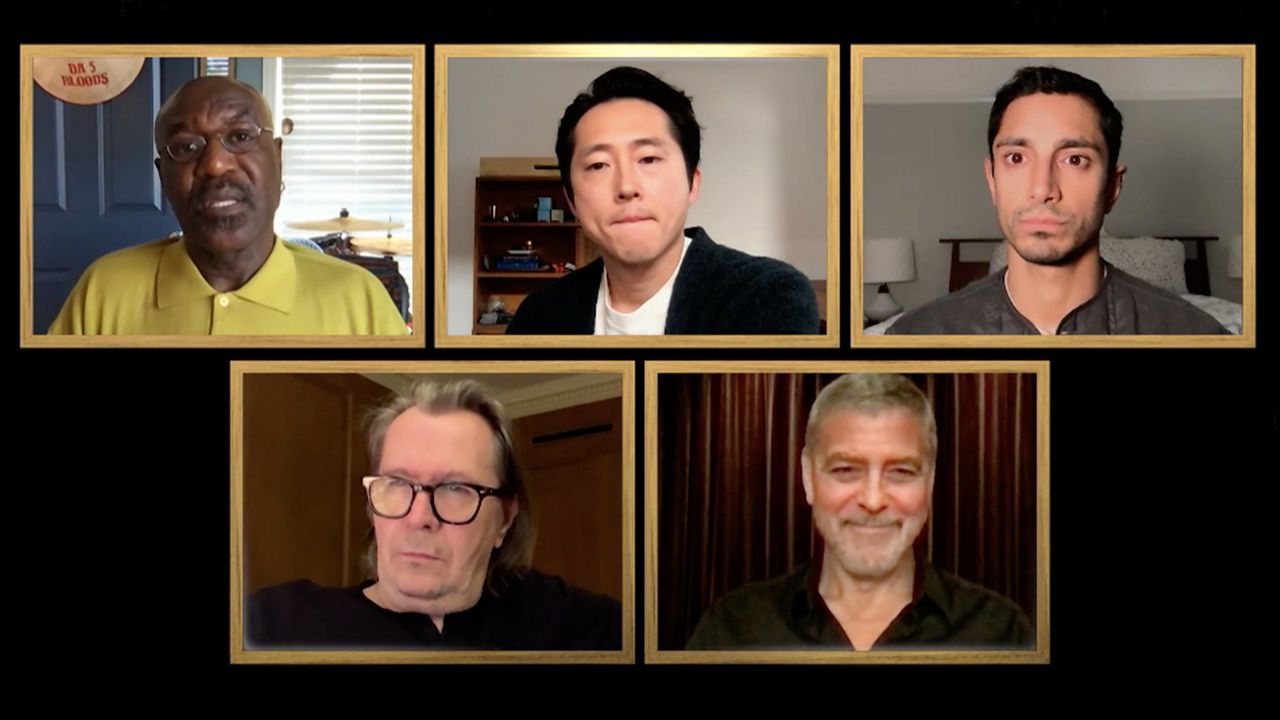 The Hollywood Awards season is here, and the LA Times has produced a series of conversations featuring some of the most creative minds in entertainment. In this first installment, Times film reporter Jen Yamato spoke with actors George Clooney, Delroy Lindo, Gary Oldman, Riz Ahmed, and Steven Yeun about the legacy of the late Chadwick Boseman — and how the job of acting never gets any easier, no matter how long they’ve been at it, or how much they’ve achieved.

Riz Ahmed says he is inspired by the impact Chadwick Boseman had in the roles he played.

“I think you could look at the example of someone like Chadwick Boseman, and understand the impact acting and storytelling can have. The choices he made as an editor, the roles he decided to take on, the icons he portrayed, I think his body of work in such a short space of time is timeless. It’s a timely reminder of the power of this medium,” said Ahmed.

Ahmed adds that actors have a responsibility that means more than just entertaining.

“Understanding that your work can have wider significance, understanding that it can have this wider social repercussion, and actually contribute to incrementally to stretching culture, that is incredibly animating, that is incredibly powerful, but it can also be burdensome. I cannot imagine the burden on someone like Chadwick’s shoulders. I have had some experiences and feelings of that burden of representation. Like anything, it is a gift to the challenges, and the way I try to think of it is that it is a tremendous jet fuel to know that your work might help stretch culture in some way,” added Ahmed.

One of the topics discussed in this conversation was impostor syndrome. Actor, Steven Yeun says it can be a motivator.

“I think it forces your hand to take the rules seriously, especially if you’re playing someone that history knows that Chadwick upheld. You are given the human being honor; you are also honoring humanity. Impostor syndrome is nearly every day. So, that feeling, I just hold with me to justify what I have to do and how seriously I have to take it,” said Yeun.

Even Gary Oldman admits that he still feels impostor syndrome regardless of his successful career.

“If it makes you feel any better or any worse, I am a lot older than you, and have been doing it longer, and I still have it. It is that old story that I think performers have or anyone in the arts, where you are always waiting for that tap on the shoulder where someone is going to find you out. I think it is very healthy because when someone asks you what your best work is, I always say the next one. I think it would be sad for any of us to look up at the screen and think 'My God, I’m wonderful in this,' and to think that our work is done,” said Oldman.