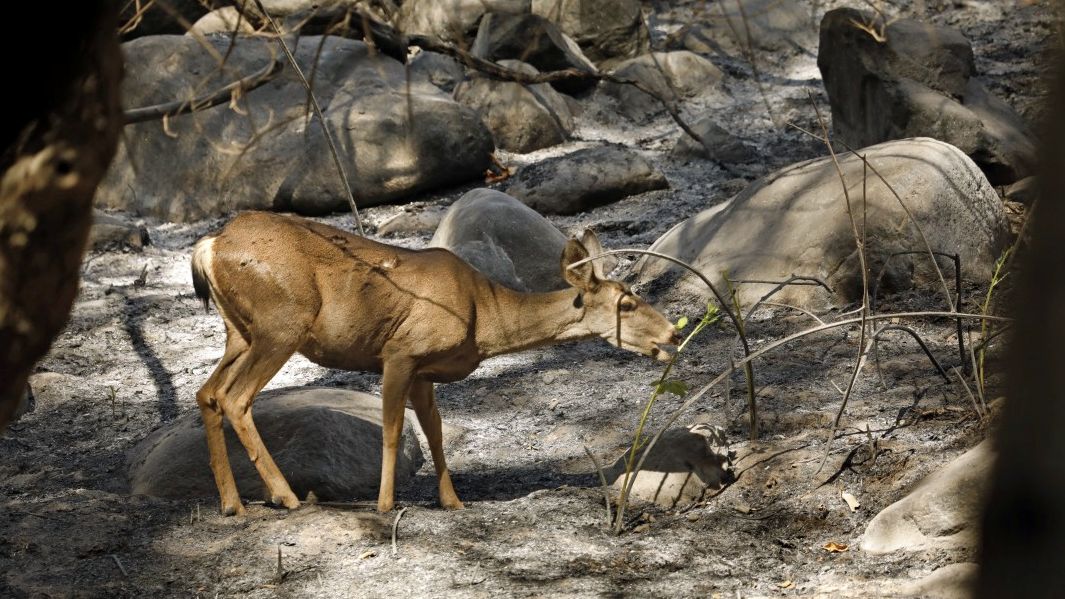 The Bobcat fire has destroyed more than 115,000 acres between the San Gabriel and Antelope valleys, scorching one of the most abundant wildlife habitats in Los Angeles County. Biologists and forest rangers are now devising plans to rescue the rare and endangered species that have been threatened by the wildfire.

Sahagun was there when biologists and rangers were analyzing the ecological damage caused by the fire.

“It’s hard to describe how important it is in terms of abundance of rare species in a location that’s 18 miles north of 18-million people. And, now it’s in imminent danger of a landslide that will encase this canyon for all those incredible animals in mud,” Sahagun said.

Biologists and rangers say they’ve already transplanted some of the species from other fire areas into the West Fork, but now they will have to move them again.

“Catastrophic historic fires have created a situation now where biologists have to race to rescue creatures and move them to another location before the next fire or the next mudslide. Many of these creatures in the West Fork have been moved from elsewhere in the belief that they would be safe there,” Sahagun said.

“Scientists will try and rescue as many animals as they can, but the number one priority is human lives downstream. Therefore, the animals are going to end up losing,” Sahagun said.

Losing even one endangered species could change many things for the downstream communities.

“There are many species in this canyon, western pond turtles, rosy boas, ring-necked snakes, yellow-legged frogs, and many species of protected fish are going to be wiped out,” Sahagun said.

Along with amphibians and fish, other species like Nelson’s bighorn sheep, mule, deer, mountain lions, and foxes struggle to find food and shelter in the middle of the destruction and ashes.

“I have been covering fires for decades, and I have never seen the destruction, the desolation on the slopes overlooking the West Fork of the San Gabriel River — they are burned to bare dirt. And, all of that dirt is going to come into the canyon. It’s a remarkable and heartbreaking swathe of devastation,” Sahagun said.