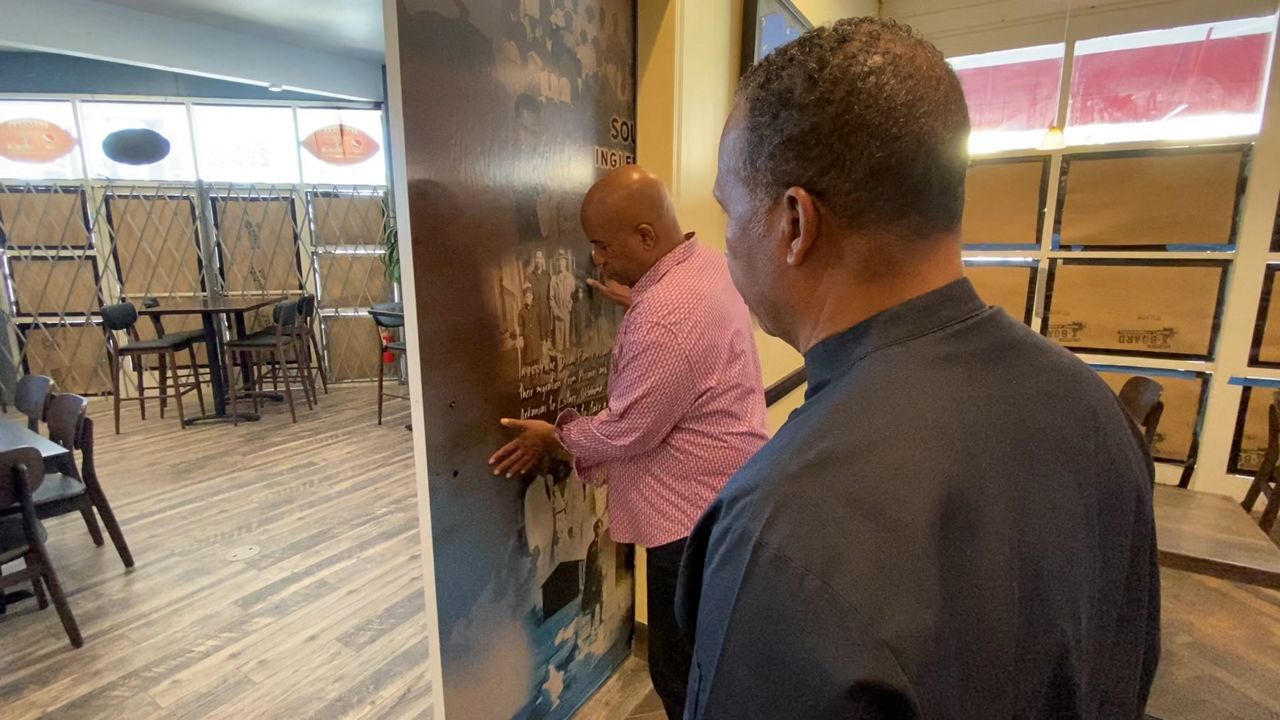 At Dulan's Soul Food Kitchen in Inglewood, the lunch rush was underway, but since the start of the COVID-19 pandemic, the restaurant had only been serving its customers at walk-up windows.

"I came all the way from Lancaster to get me something to eat," said Merlin, who declined to give his last name.

Merlin explained how he makes that trek one to two times a week to get his fill of delicious soul food.

"I'm from New Orleans, and when I come here to get the smothered chicken, it takes me all the way back home, man. I love it, man," he said. "The Super Bowl is bringing a lot of business to this neighborhood, so that's really fantastic."

And to accommodate all that new business, Terry and Greg Dulan just unveiled a new addition to their restaurant.

"Instead of just being in the original restaurant, which had about 15 or 20 seats, we decided to invest and expand our seating, give you a little more legroom," Terry Dulan said.

The brothers took over the former site of Conroy's Flowers and divided it into two rooms. They are calling the private room or overflow area "Dulan's Next Door." Terry Dulan had expected to open it two years ago, but the pandemic had other ideas.

"It took all my planning and blew it to smithereens," he said. "Every time we thought we would open, a new variant would pop up," Terry Dulan said.

The room features a big screen TV and a stage to host community events. The sliding wall that divides the two areas is a brief history of the Dulan family, proud to be part of Inglewood and even SoFi Stadium itself.

"We actually got a chance to sign the last beam that holds the stadium up," Greg Dulan said.

The Dulans said the Rams House initiative has been a huge part of their success. It supports small businesses, especially Black-owned in Inglewood.

"They gave away free T-shirts. They brought this signed jersey. We took pictures," Terry Dulan said.

But while the Dulan brothers will be cheering on the Rams in the Super Bowl, they welcome fans of all stripes.

"I'm just very happy that we can now share the space with the community," Terry Dulan said.

It's a new space ready with its game face for football's biggest event.

Let “Inside the Issues” know your thoughts and watch at 8 and 11 p.m. Monday through Friday on Spectrum News 1.