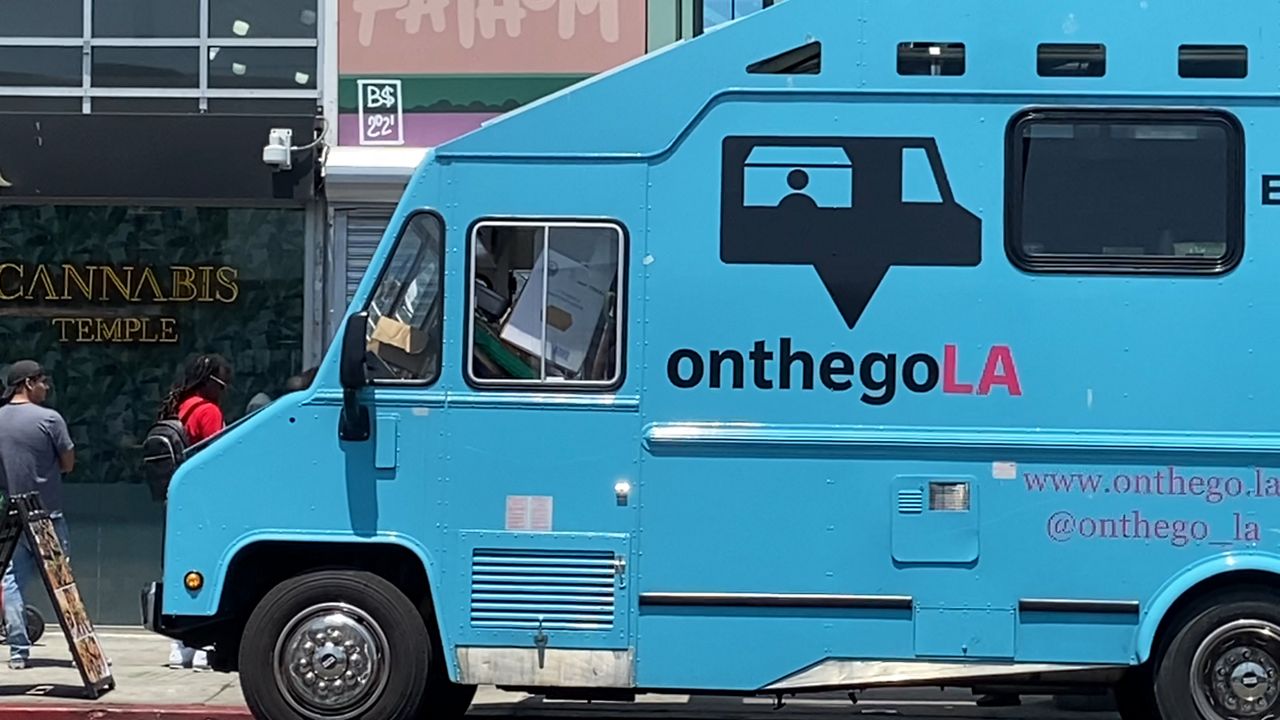 On The Go LA was recently awarded $100,000 for helping to lower the barrier of entry for food entrepreneurs. (Spectrum News 1/Ariel Wesler)

On Melrose Avenue near West Hollywood, chef Kyle Smith and his business partner, Julien Chinchilla, are ready to serve some hungry customers.

Smith and Chinchilla are the co-owners of Meltdown Vegan, a pop-up concept focusing on vegan grilled cheese sandwiches.


"This is our third week ever existing," Smith said.

The idea came to the co-owners while everything was closed during the COVID-19 pandemic. They thought they’d give it a shot once things opened back up, but this food truck isn’t theirs. They’re actually renting it, thanks to On the Go LA.

"When you get this truck, it’s already food grade A, and it’s already permitted in 60 different cities, so it’s a great way to do your startup," Smith added.

"We saw a lot of restaurants in the food industry were suffering, going out of business," said Enrique Loyola, co-founder of On the Go LA.

Loyola started renting out the food truck about a year ago to pop-up restaurants and chefs who suddenly found themselves cooking from home.

"(It's about) having different people on board and just lowering those barriers to entry for a lot of businesses who can’t afford a food truck," Loyola said.

Loyola noted that entrepreneurs can test out their food concepts for about $299 per day — about half of the cost of other rental operations. In the past year, his company has helped more than 50 food businesses get off the ground.

In fact, On The Go LA was recently awarded a $100,000 first prize from the "LA 2050" community initiative put on by the Goldhirsh Foundation.

"For them to make that step to buy their own food truck, or even rent one for six months or a one-year basis, they’re not ready yet, so that’s why they’re using our services," Loyola added.


Renters just need to have a registered business, a food handler’s permit and a seller’s permit. Loyola explained that the average number of days booked per month is 28, which allowed him to recently purchase a second truck.

"If you only do it for one day, that certain number of people who come out will know about you, but if you show up once a week, twice a week and so forth, that’s how you build your business," Loyola said.

It’s the flexibility and mobility Smith enjoys most. He is grateful for this opportunity, which allows him to do what he loves while helping people expand their tastes.

"I do it to change people’s opinions on things and to open up their minds," Smith said.

Even though it’s only been a few weeks, Smith hopes to keep on truckin’ for as long as he can.