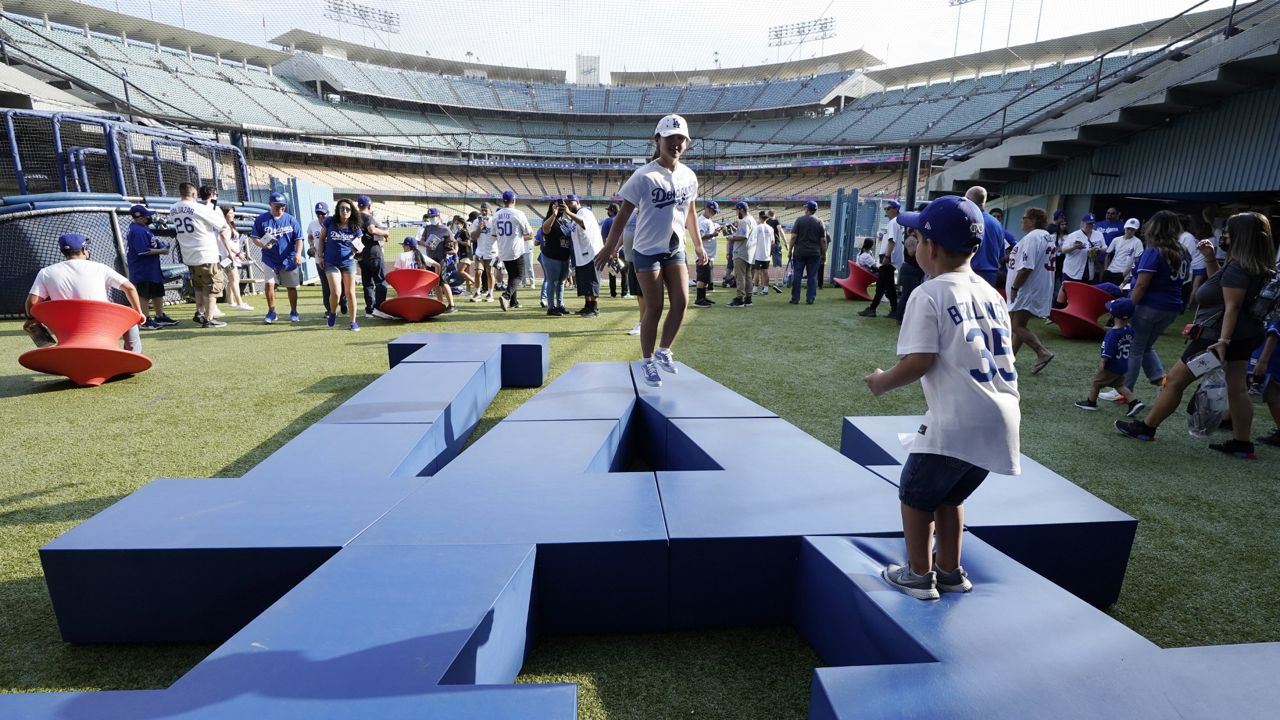 Kids play in the Centerfield Plaza area at Dodger Stadium prior to a baseball game between the Los Angeles Dodgers and the Philadelphia Phillies Tuesday, June 15, 2021, in Los Angeles. (AP Photo/Mark J. Terrill)

Looking out over the newly constructed Centerfield Plaza, Janet Marie Smith can’t wait for fans to pour in like never before.

She oversaw the project and worked hard to preserve the stadium’s rich tradition, but shortly after the pandemic began, it all went silent. No traditional Opening Day and no one in the stands. It's a big blow to a team synonymous with summer in Los Angeles and a stadium, which is a character all its own, the third oldest park in the major leagues.

"It’s the only one that was built in the 1960s so it’s got this very mid-century modern vibe. It’s so different architecturally," Smith said.

And while fans couldn’t enjoy their boys in blue in person, the stadium stepped up for Angelenos in other ways.

"We could host everything from the elections to the COVID testing and then the vaccines, but this is what we were meant to do," Smith said.

Now, as the park prepares to fill every last seat, it will also debut some new amenities off the field, including a speakeasy, inspired by the look and feel of the 1962 Stadium Club. Guests can grab a drink and watch the visitor’s bullpen.

"You’re literally like 15 feet away from the mound behind a sheet of glass with the dot matrix film on it so that the pitcher's not distracted by fans in the bar," Smith said.

Or head up to the bar that overlooks centerfield.

"It looks straight away across the 2nd base toward home plate. It’s a view that only the cameramen had before," Smith explained.

And for those looking to watch a variety of games…there’s the Gold Glove Bar surrounded with LED boards, TVs and of course, gold gloves.

"We bought a 2nd set of the gold gloves for every player that’s been awarded a Gold Glove," Smith said.

There are also new play areas, and batting and pitching cages to test your skills — along with a ton of memorabilia, but above all, Smith is most excited to usher in a new beginning.

"Seeing these zip ties come off of the seats and seeing our furniture in place in the gardens and a chance for people to come in and enjoy the park with the energy we expected when it was conceived," Smith said.

An energy only fans can provide.