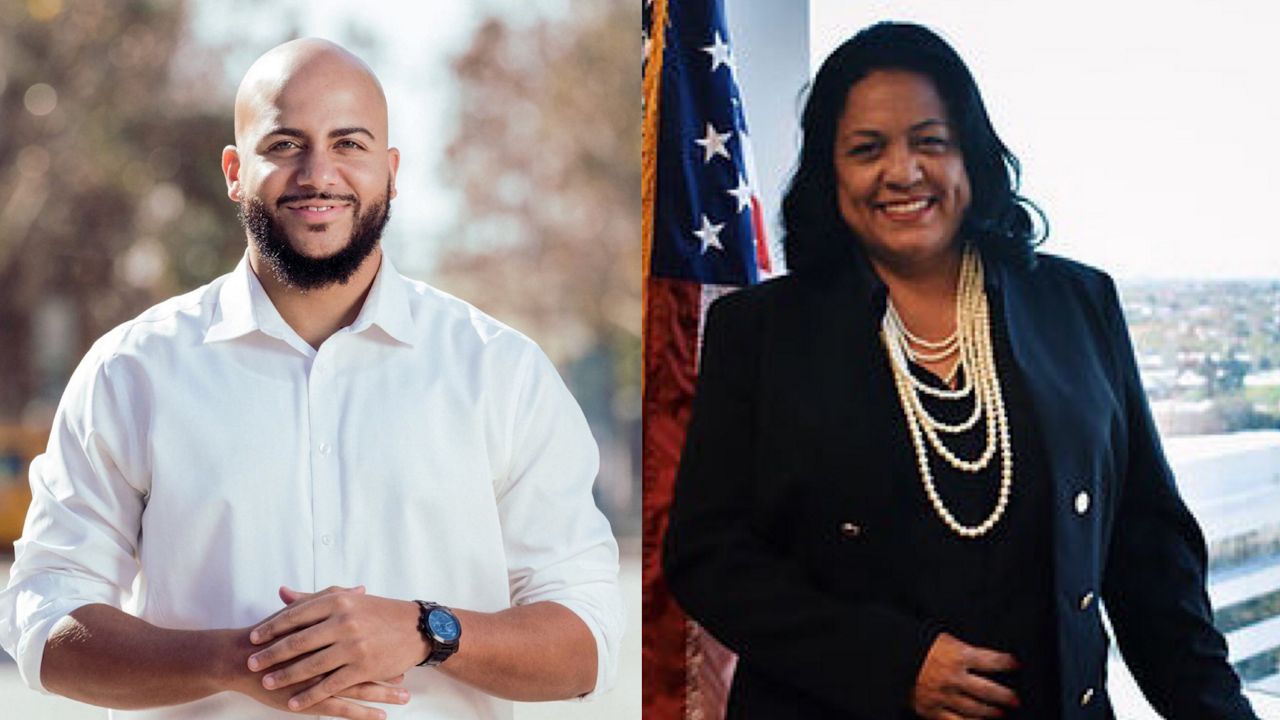 LOS ANGELES — Tuesday is the final day to vote in California’s special election for the 30th Senate District seat, and if Assemblymember Sydney Kamlager, D-Baldwin Hills, wins the position, there will be a new race to replace her spot in the 54th Assembly District.

Two candidates, Heather Hutt and Isaac Bryan, are already campaigning for her seat in the Assembly.

Hutt is a second generation Angeleno and a single mother of three who says she’s running to represent the community she calls home.

Hutt most recently worked as Kamala Harris’ state director during her time as a U.S. Senator and notes she was inspired by the vice president and other Black women to run for office.

“I have had a large breadth of experience and after what has happened in these last four years, especially in this country, I feel like I bring that experience to the 54th Assembly District seat,” Hutt explained. “That I can bring my relationships and my experience for resources to people here.”

As a candidate, Hutt says her primary issues are addressing the homelessness and housing crisis, criminal justice reform and supporting small businesses who have been devastated by the pandemic.

“I’m running to protect the growth of our future generations. I’m running to expand resources in our community and I’m running to represent people I know and love and have known and loved and worked for on their behalf for my entire life,” Hutt said.

She says she’s dedicated to helping young men and women of color, like her own two sons, who have been victims of gun violence and racial profiling.

“Two out of three of them were shot by gang members in a senseless interaction with where someone wanted to know what gang they were from,” she said. “In that experience they were treated, they were the victims, and the police department treated them like they were actually the gang members.”

“We need a generation of leadership that centers people first and doesn’t cater to special interests the same way and stays rooted in the real conditions of our lives that need to be improved and that’s something that I’ve lived,” Bryan said.

After being born to a teen mom who gave him up for adoption as an infant, Bryan was raised by foster parents and has called California home since he was in the sixth grade.

He went on to earn his master’s at UCLA and most recently worked as the co-chair of the Measure J campaign in Los Angeles County.

“Measure J was a ballot measure that allocated 10% of unrestricted county revenue towards care and opportunity instead of towards punishment and incarceration,” Bryan explained.

While campaigning for the Assembly seat, he’s focused on housing the homeless, creating good-paying jobs, investing in underserved neighborhoods and supporting working families.

“Those are the top issues for me right now, but long term it’s just about expanding opportunity. Economic opportunity, social opportunity, mobility,” Bryan added. “We live in a country and in a society where we promote this idea of an American dream, where if you work hard you can make something of yourself, but we have way too many social barriers to make that a reality and my goal is to remove some of those barriers and funnel those resources into opportunity.”

Bryan and Hutt are both rooting for Sydney Kamlager to win the 30th Senate District race, so one of them has the chance to succeed her in representing the 54th Assembly District.

If no candidate receives more than 50% of the votes for the Senate seat, there will be a runoff election between the top two vote getters on May 4.