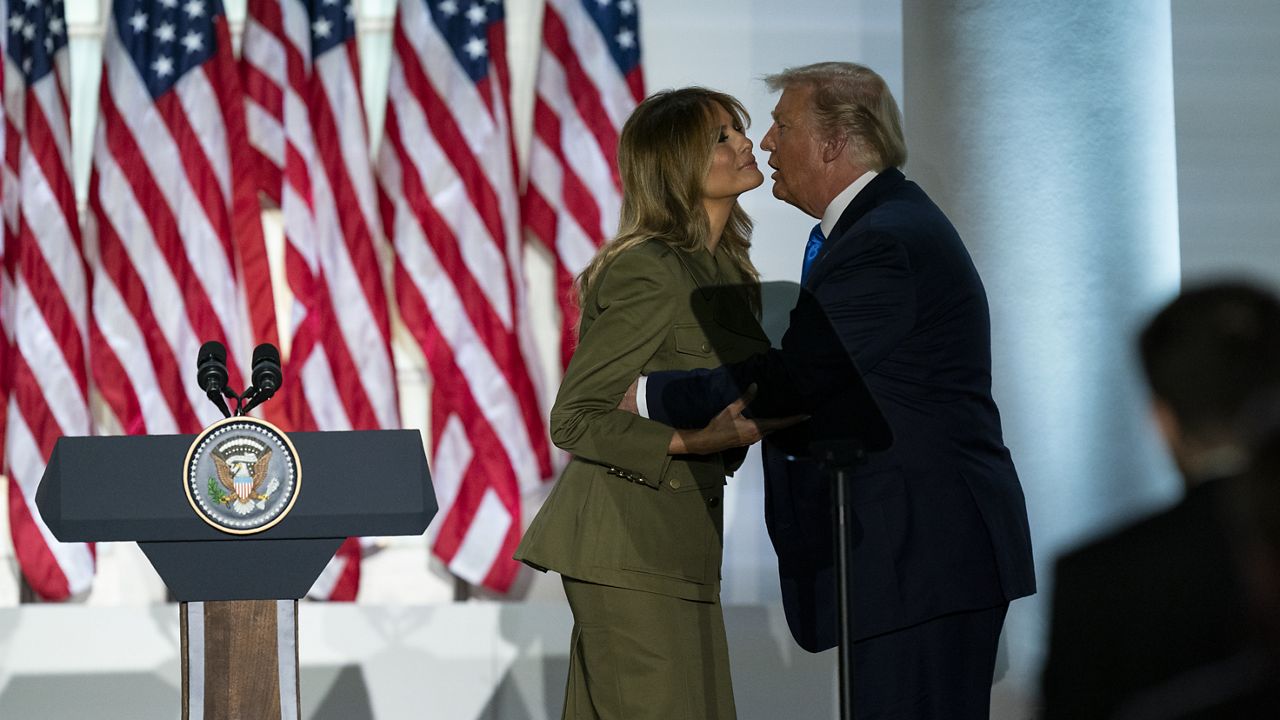 President Donald Trump joins first lady Melania Trump on stage after her speech to the 2020 Republican National Convention from the Rose Garden of the White House, Tuesday, Aug. 25, 2020, in Washington. (AP Photo/Evan Vucci)

The Republican National Convention has completed the second day of events. Multiple members of the Trump family spoke to tonight’s theme of “Land of Opportunity,” including two of the President’s children, Tiffany and Eric Trump, with a closing speech by Melania Trump from the recently renovated Rose Garden. Other speakers included Secretary of State Mike Pompeo and Sen. Rand Paul of Kentucky.

Republican strategist Sean T. Walsh tells Inside the Issues the family members show another side of Donald Trump.

“Sometimes the President is his own worst enemy, in some respect, with regards to empathizing and feeling people’s emotions.” pic.twitter.com/N6atJ1aBLQ

“This election is all about a very slight slice of the public-the swing voters, the Independents and also Republican women that need to come home,” he said. “So, that was a softer message and humanizing of Donald Trump and he needs that to get these Republican women to come cross the line for him again this time.”

Walsh said the speakers were chosen to highlight the contingencies to “bring the electorate home.”

“There are people who want a striking contrast on policy between Joe Biden and Donald Trump. That's what Eric Trump did, that’s what Donald Trump Jr. did last night,” he said. “Melania Trump brings a different piece of this equation, which is that Donald Trump doesn’t necessarily have an empathetic strong suit or strong gene. He does have empathy and she brings home the fact that he is a supportive spouse and he’s got a child that he loves and he is a human being.”