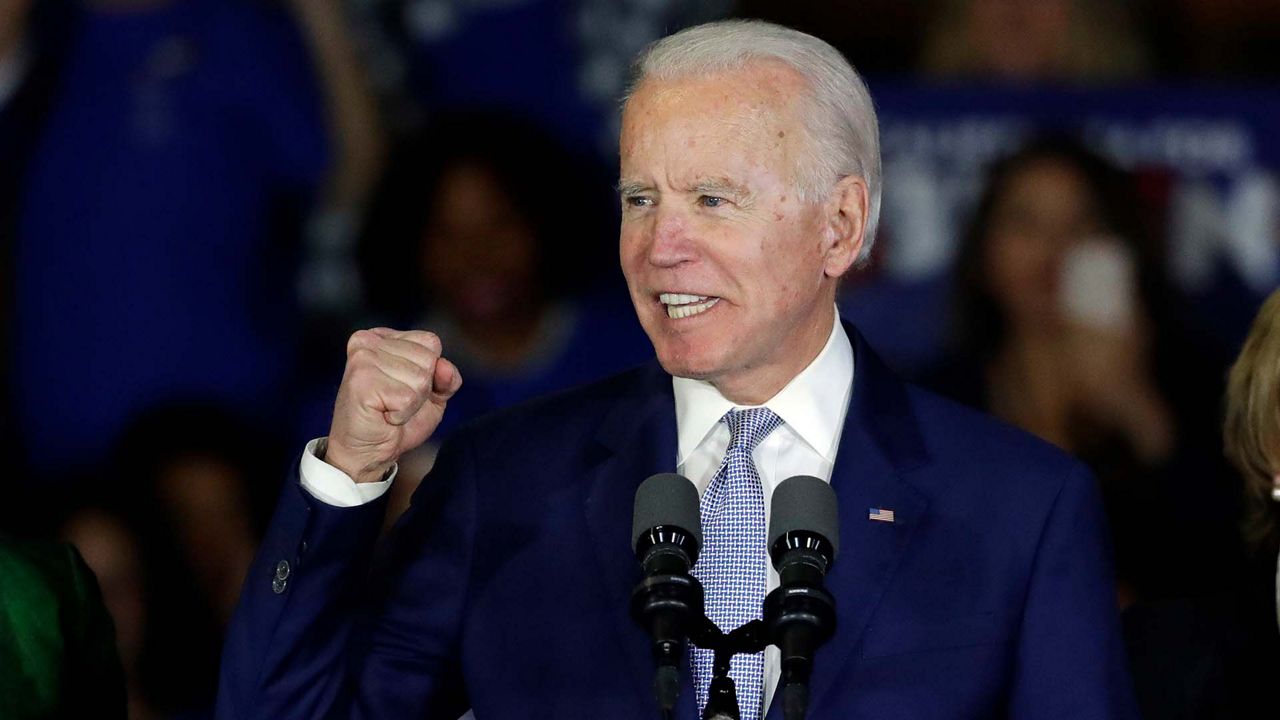 “Starting with about halfway through the coronavirus pandemic, but sort of accelerating during all of these protests, is Trump’s disapproval rating, which is well above 50 percent now,” he said. “Majorities of the country think the United States is on the wrong track, and how that’s playing in the presidential race is obviously benefiting Joe Biden.”

A slew of recent national polls show that Biden is leading Trump by a range of four to 14 points.

“Joe Biden is winning. All of the things that you think would happen in a presidential election are unfolding,” Hamby said. “You have an unpopular president, and shocker: The unpopular president isn't doing so well in the polls right now.”

"Majorities of the country think the United States is on the wrong track." pic.twitter.com/cArOPLPQIl

Hamby said Trump also was losing by 10 points after the Access Hollywood tape came out in 2016. Trump was caught making lewd comments about a married woman.

“When you’re a star, you can do anything,” Trump said.

“The big difference though between 2016 and now is what you're seeing in the streets right now, is that people on the left are activated and that's been the pattern going back to 2017. People, Democrats at least, don't feel like they're taking the election for granted, and that I think is what will be the wind at their backs in November,” Hamby said.

But traditionally, older people show up to vote more than younger people do.

“Youth turnout in 2016 in the presidential election was almost 20 points lower than turnout as a whole,” Hamby said. “Time and again in the early primaries and in South Carolina, young voters didn't show up. The surge voters in American politics in the Trump era have been suburban white people and sort of Independents who have flipped from Republican to Democrats. Those are the people who time and again are showing up at the polls, not young people.”

Hamby expects that youth voters will be more eager to vote this year.

“There’s been a lot of interesting academic research actually, not just about young people but about young African American voters, showing that they don’t actually participate in conventional politics, going to the polls and voting for elections, and as we're seeing right now, are much more likely to become involved around movements, starting with Ferguson being a good example,” he said.

It’s less likely for people to vote in local elections than presidential ones.

“It's harder to get people to show up for a county executive race or a mayor’s race, which is what Barack Obama has been telling people to do to fix police departments. But I do think we can expect, given the pattern of special elections, midterm elections, off-year elections, going back to 2017, that youth turnout will be a little bit higher than it was in past elections. Turnout was up in 2018 midterms compared to the 2014 midterms among voters under 30. Again, that's not predictive, but there is good evidence that people under 30 are showing up at slightly higher rates than they were before Trump came into office,” he said.

Trust in technology companies has fallen in recent years.

“The prevailing narrative in the media since Trump got elected was about technology companies and how they aren’t doing enough to regulate disinformation and junk news on their platforms, and that’s absolutely true,” Hamby said. “People say in one breath that they get news from social media but also that they don't trust it. Look, I think we live in a moment when people, the things that they do trust, are their friends and their close friends and people inside their peer networks, rather than big media companies and politicians and large institutions.”

Snapchat was designed as a chat app for sharing pictures between friends.

“We built our content platform, which is called 'Discover,' on top of that idea. Unlike Facebook, unlike Twitter, which have made decisions and not made decisions, we decided to curate a content experience on Snapchat where we work with The Washington Post and The New York Times and The Wall Street Journal. I have a show about politics on Snap. We also work with entertainment companies, places like Cosmo and ESPN, to create content, and we act as gatekeepers,” Hamby said.

Because content on Snap is curated, the company decided to no longer promote Trump’s platform because “he was inciting racial violence with some of his tweets in the public sphere.”

“We as a company have a certain set of values and are proud of those values and wanted to make the point that we don’t see racial violence, racial justice, a political issue,” Hamby said. “We made a decision not to promote Donald Trump's Snapchat account so long as he continues to make comments like that in the public space.”