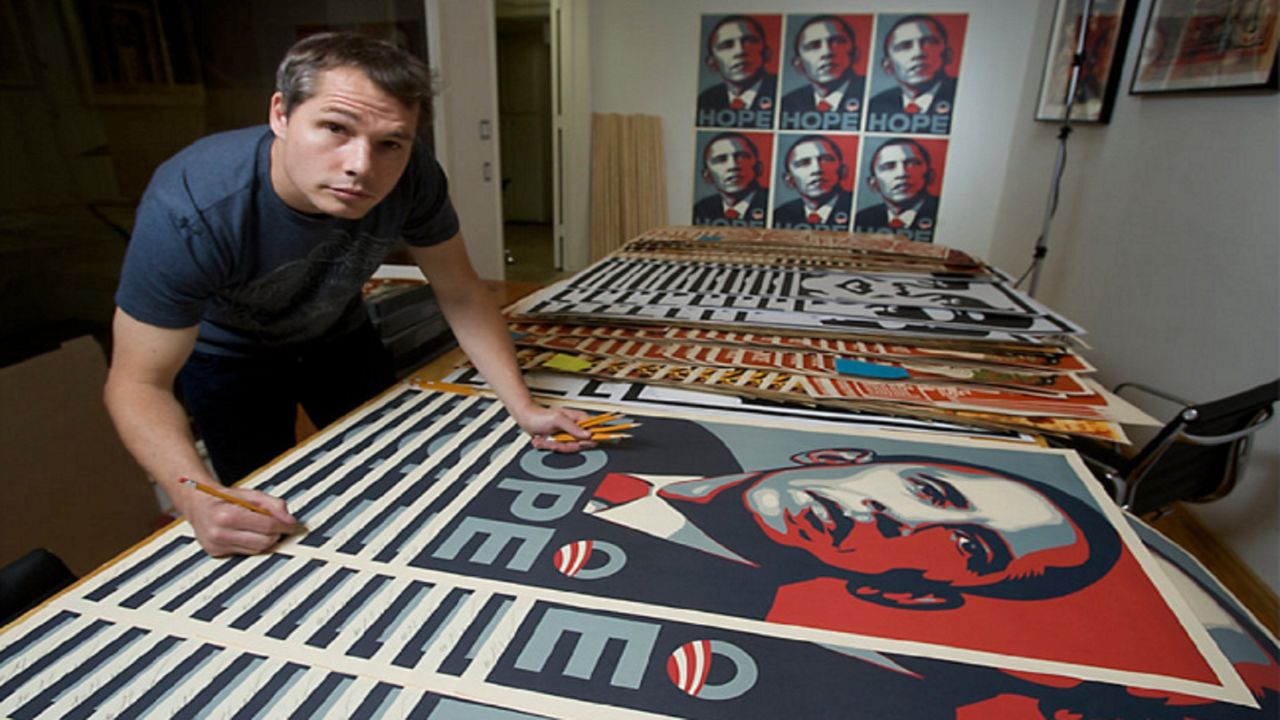 Perhaps best known for his famous Obama “Hope” poster, Shepard Fairey first broke out on the art scene with stickers he designed of famous wrestler, Andre the Giant. Those stickers eventually evolved into the now globally-recognized "OBEY" campaign.

What might arguably be the turning point in Fairey’s career, however, was when he created a series of posters that then-presidential candidate Barack Obama’s campaign picked up.

Although the “Hope” posters have now become one of the most iconic symbols of the 2008 presidential campaign, those pieces weren't Fairey’s first foray into political art. And they are definitely not his last.

“I try to look at what the root causes of issues I care about are,” Fairey explained. “[Lately] I’ve been making a lot of work about environmental destruction and climate change.”

As the world changes, so does his work. Fairey weighed in on the 2016 presidential election, and said he believes many voters based their decisions on emotion, instead of logic.

“When you look at things logically with Donald Trump’s track record, would he ever do anything for working class people? Of course not,” Fairey stated. “But when he promises it, that’s an emotional response to a promise that will not be fulfilled.”

Likewise, Fairey said art can impact someone emotionally, and when that leads to an intellectual discussion, it can be extremely powerful.

In fact, Fairey is currently wrapped up in one of those discussions involving a controversial Koreatown mural.

Community activists say the mural depicts actress Ava Gardner using rays similar to those of the Imperial Japanese Army’s war flag, which can be offensive, particularly for the Korean community.

LAUSD announced plans to paint over the mural in response, but later backtracked after facing public criticism. Beau Stanton, the artist who painted the mural more than two years ago, said the rays were an aesthetic choice, not a political one.

Fairey, who also painted a mural on the school’s campus, announced on Instagram that he’d insist on removing his art should LAUSD go through with painting over Stanton’s mural.

“I sympathize with all victims of injustice, including Koreans who suffered at the hands of the Japanese,” Fairey said in a statement on his website. "But perpetrating another injustice by removing Beau Stanton’s mural based on false claims that it represents the Japanese battle flag where no such connection exists, is foolish and selfish.”