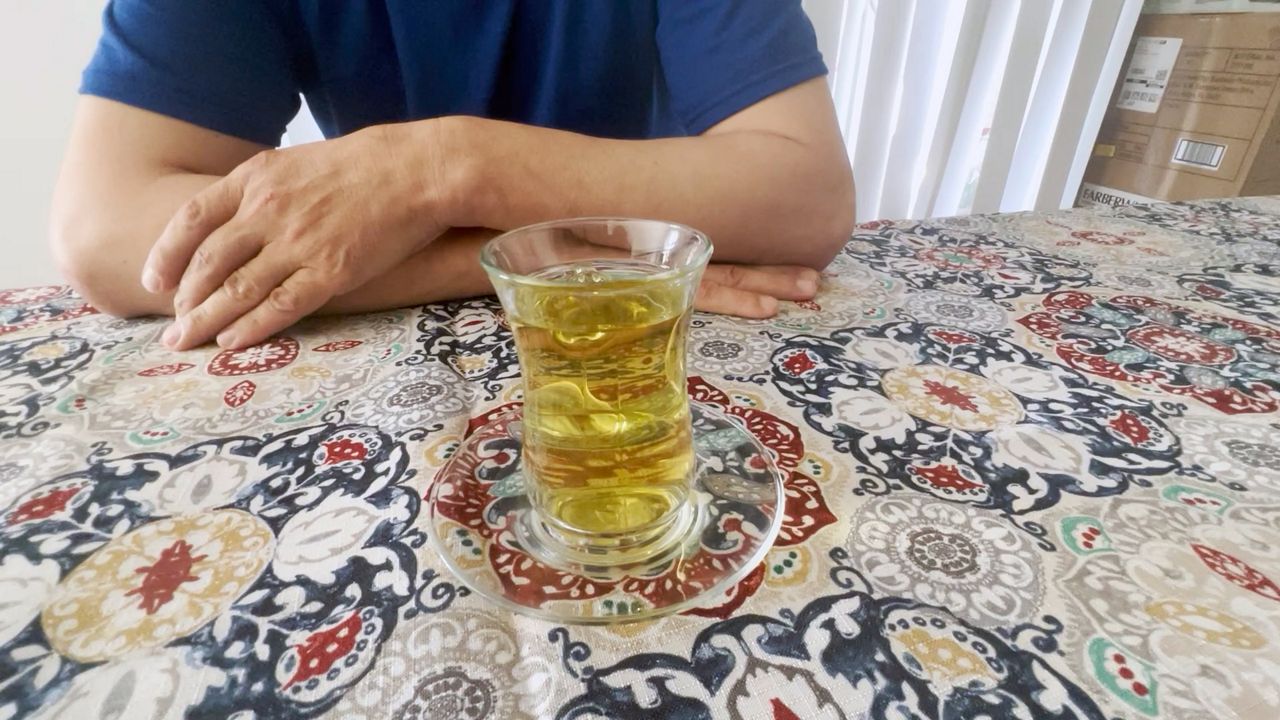 Afghan family details their journey out of Afghanistan

EL CAJON, Calif. — The last two months have been an adjustment period for an Afghan family of seven who made it out of Afghanistan the same day Kabul fell to the Taliban. Fearing what could happen to family members still in the country, Ali, the father of the family, agreed to share his story with the help of a translator in exchange for his anonymity.

Upon meeting him, he shared his gratitude for bringing part of his family to the U.S.

“I’m in a safe place, thank God. My kids will have a brighter future. This whole thing is a blessing,” Ali said.

Ali’s family are of Hazara descent, a Shiite minority in Afghanistan that have a long history of persecution, according to Minority Rights Group International. It is an ethnic group that has also been a target of the Taliban who now maintains control of Afghanistan.

“Besides Kabul, we couldn’t go anywhere safely because of the threat of the Taliban. We always feared that if they take over Kabul our lives would be in danger,” Ali said.

This past May, a school bombing that killed dozens of female students at his daughter’s school brought the fear closer to home. It’s a haunting memory that he can never forget.

It would take two hours before he’d find his daughter alive. With the help of another family near the school, his daughter made it home safely without any physical injuries.

The lack of safety and constant fear of persecution, Ali said, is what forced him to seek a brighter future for his family. It took three years to get his Special Immigrant Visa approved. His flight made it out just one hour, he said, before chaos took over the airport in Kabul. While Ali remains grateful to have his family in the U.S., two of his daughters and his mother are still in danger in the country.

Ali said that the Taliban had already come to his home in Afghanistan looking for him by name.

“For how long are they going to be in a place of not knowing? I have the fear that when they ask for my name, they will start looking for close family of ours. For the time being, my mother and my two daughters are in an unknown place. But it’s a safe place that they are hiding,” Ali said.

For now, Ali is focusing on what lies ahead, a future he hopes will one day reconnect his family, safely.

The family is receiving help from Fatima Grismer who is raising funds to help at least eight refugee families in the El Cajon area in partnership with Second Families San Diego.

For more information on how to help families resettling in California, visit @fatima2ndfamilies on Instagram or AfghanRefugeeRelief.org