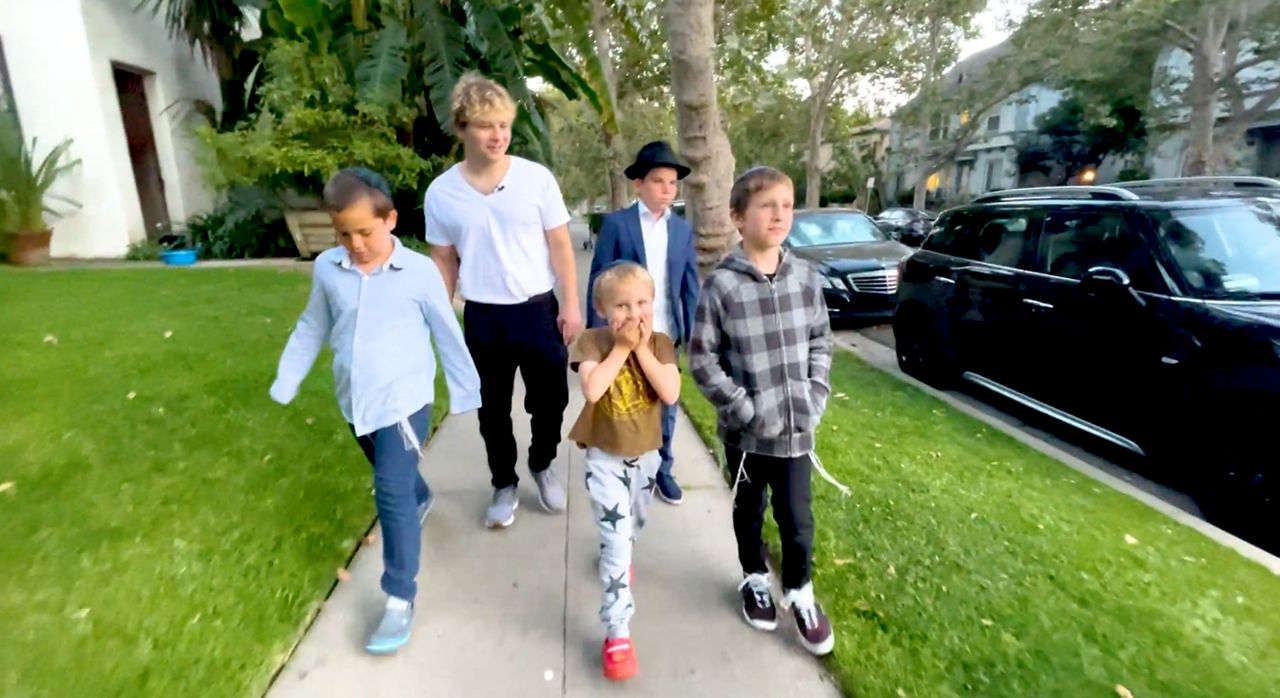 LOS ANGELES — Angels come in all forms, and while some have wings and halos, others like Jonathan Lipnicki are former child stars.

At the age of 6, Lipnicki got his big break as the precocious little kid in "Jerry McGuire," opposite Tom Cruise. Fast-forward more than two decades, and Lipnicki, now 30, is focused on his latest role.

For the past couple of months, Lipnicki, a black belt in Brazilian Jujutsu, has been spending every weekend in the Fairfax District escorting members of the Orthodox Jewish community to and from the synagogue.

The recent war between Israel and Hamas has triggered a surge in antisemitic attacks in the area. Because Orthodox Jews do not drive on the Sabbath, the walk to and from synagogue has made them especially vulnerable. Lipnicki and his fellow volunteers have been showing up every weekend wearing white T-shirts to patrol the area in five-hour shifts. Their kindness has earned them a divine nickname by members of the Jewish community.

"They say in Judaism that there's two angels — and I'm going to butcher this — one angel on either side of you when you walk to and from the synagogue," Lipnicki explained. "So a lot of people in the community kind of coined the phrase 'Shabbat Angels.'"

The extra protection has been a Godsend for Tova Zajdel. Last month, she was walking on Highland Avenue with her two boys when someone inside a black sedan shot one of her sons with a paintball gun.

"Thank God it was a paintball," she said. "What could have — God forbid — potentially have been? It was scary."

Since then, Lipnicki has been giving her kids Jujutsu lessons.

Shabbat Angels aren't the only ones patrolling the area. Rabbi Yossi Eilfort is the president of a Jewish security organization called "Magen Am," which means "nation's shield" in Hebrew. Many of its guards are former Israeli soldiers. Rabbi Eilfort said those who are most outwardly identifiable as Jews are in the most danger.

"In the last six weeks, there was an attempted car-ramming that got a lot of attention three blocks from here. There were caravans of people flying flags driving by and just yelling at every Jewish person they could see," he said.

For Lipnicki, it's about honoring his grandfather, a Holocaust survivor, by making sure history doesn't repeat itself.

"My grandfather was the toughest person I've ever met in my life," he said. "He was a survivor, and it makes me proud to come from that."

Walking down La Brea, Lipnicki is on high alert. There is no telling what could happen, he said, and yet there is nowhere else he'd rather be.

"I know this is probably one of the more important things I'm going to do in my life. I just have to believe that everything is going to turn out right," he said.