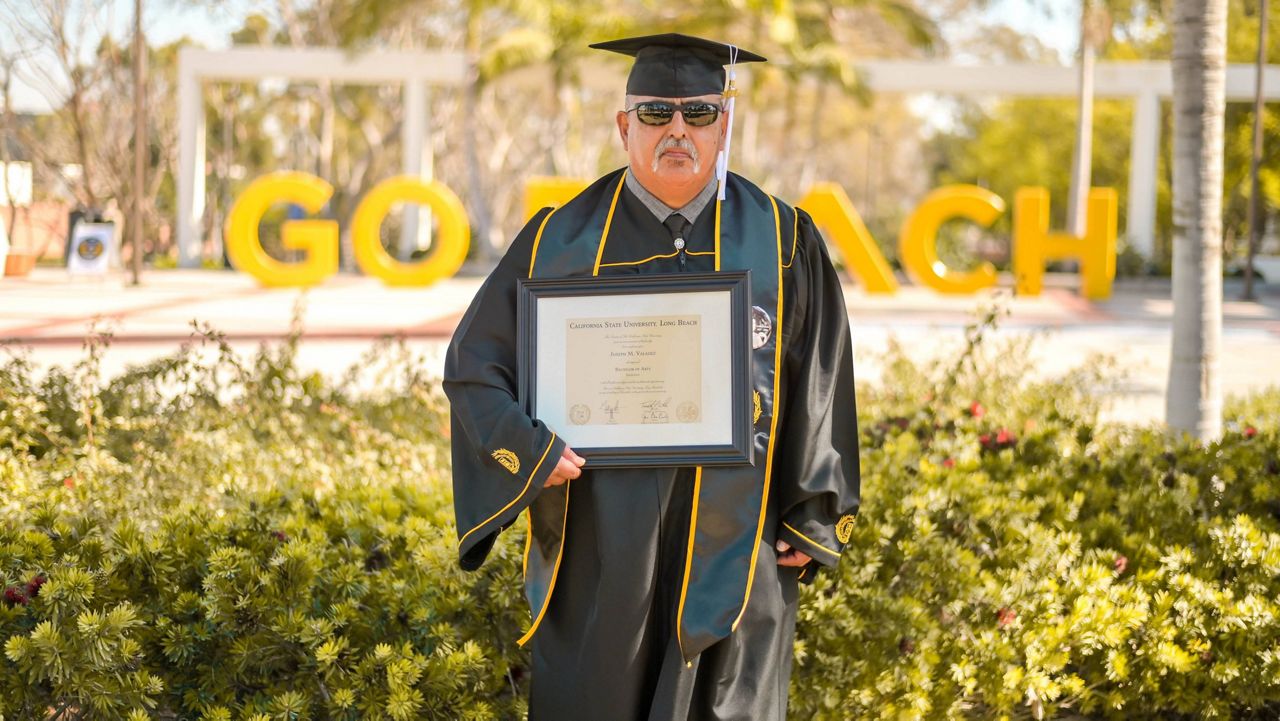 Man's Journey From Addiction and Prison to Graduation Inspires Many

“The picture that morning was to say basically 'How do you like me now? With honors,” said Valadez.

For many years, Valadez believed he would die in the streets. That is where he started drinking and doing drugs as a child. He was arrested for the first time before he was a teenager. Valadez went on to spend years in prison, and between sentences, he served in the army while living with addiction.

It was not until his 50s that Valadez tried to get clean.

Slowly he pieced his life together. He found a home and sobriety. When he looked at options for his future, school seemed like the brightest one. Love for his family propelled him down an unfamiliar road.

“My mom seen [sic] me at my worst, and she never gave up hope. She still loved me,” said Valadez.

His mother has passed now and her picture is pinned on his ceremonial sash.

The journey has been complicated, but his message is simple.

“I just wanted to break that misconception. We are not bad people. Given the break, we become productive members of society,” said Valadez.

Valadez plans to continue his education and work with at-risk youth.