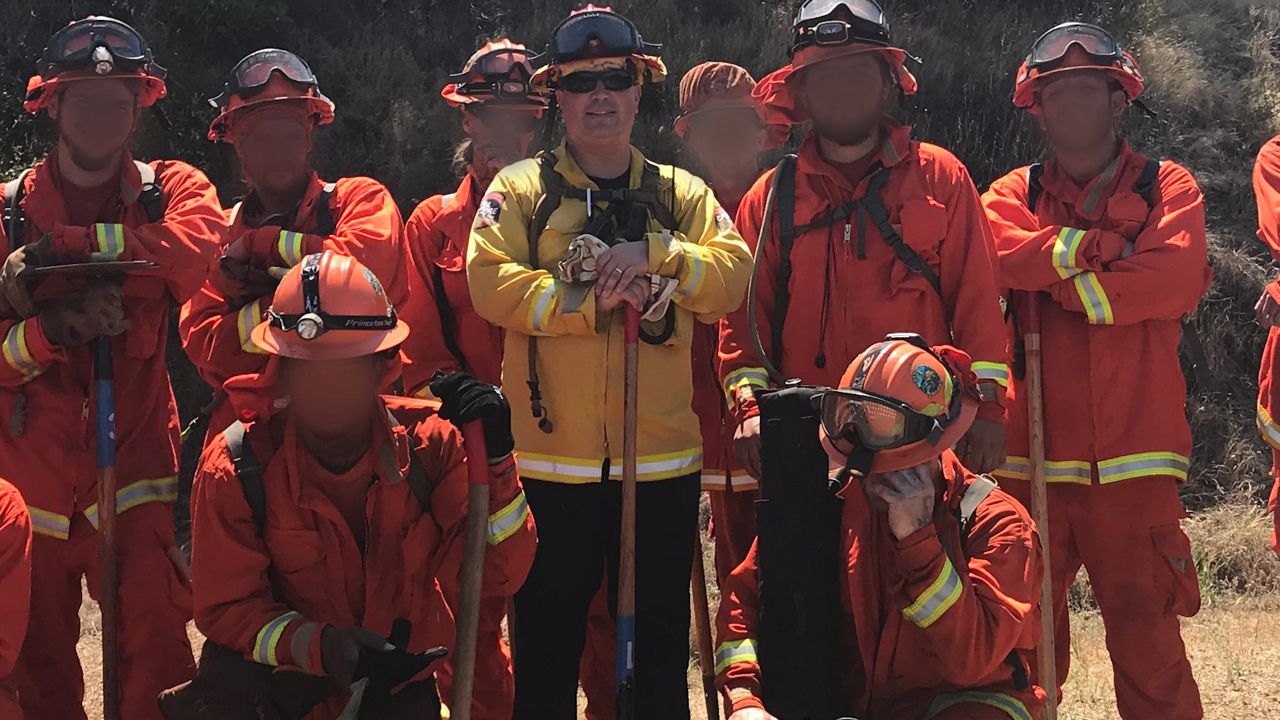 Cal Fire Captain Jason Signes has spent the past several weeks on the frontlines of California’s historic wildfires.

From Inmate to Fire Captain: How a New CA Law Can Provide a Second Chance

SACRAMENTO, Calif. — California has a new law to help clear the way for inmate firefighters to become professionals once released from prison.

Governor Gavin Newsom signed Assembly Bill 2147 earlier this month, which will allow low-level felons to have their convictions expunged. Prior to the bill's enactment, there was no path for formerly incarcerated individuals to transition to a fire-fighting career after serving time, but the bill authored by Assemblywoman Eloise Reyes would give individuals that opportunity.

Former inmate and current Cal Fire Captain Jason Signes has spent the past several weeks on the frontlines of California’s historic wildfires.

“This is by far the worst season ever in California. We are the first to leave and the last to come home. It’s been a lot of work day in and day out,” Signes said.

Signes was part of the state’s inmate firefighter program when he was incarcerated for minor drug charges in the early 2000s.

Out in the field, incarcerated firefighters are paid $1 per hour, and have two days knocked off their sentences for every day worked. Signes said it was out on the frontlines where he first found a sense of purpose.

“I didn’t have anything else going for me, other than what I obtained during my time at camp. I had no special skills – I probably just would have floundered if I didn’t have that,” Signes added.

He is now in charge of the inmate crews that help create firebreaks, and clear vegetation. It is a job essentially stops the flames from spreading further.

When Signes was released, he realized how difficult it was to apply for a firefighter position on a professional level because of his criminal record. Still, he did not let any setbacks stop him from starting a new life.

“When I got out I was determined to get a job with Cal Fire any way I could,” Signes explained.

In order to work for Cal Fire, he had to become a volunteer firefighter or go to fire academy. He faced several hurdles while exploring both options, including being barred from getting his EMT certification due to his felony convictions.

“I knew I had made mistakes, and I had paid for my mistakes by doing the time. I just wanted a second chance,” Signes said.

After hearing of stories like Signes’ and other incarcerated firefighters, Assemblywoman Eloise Reyes said she was motivated to author Assembly Bill 2147, which provides an expungement process for former inmates.

“They will have a path to meaningful employment and that will include being a firefighter if they qualify under every other rule. The doors that have been shut for all these years will be opened,” Reyes said.

According to Reyes’ office, an estimated 2.5 million California workers (nearly 20 percent of the state’s workforce) need a professional license to work. Under, AB 2147 a person who participates as part of a state or county fire camp would be eligible to apply for expungement upon release from custody, and if the expungement is approved could seek various career pathways including those that require a state license.

Reyes’ legislation received support from prison reform groups, and even got a shout out from the Los Angeles Lakers. However, she did have to make some amendments based on opposition from the California District Attorneys Association.

One of the changes requested by some Assembly members was allowing a judge to determine whether a record should be expunged.

“I have to trust that our judges will look at the totality of the record and do the right thing for our formerly incarcerated firefighters,” Reyes added.

Eventually, Signes was able to get a job with Cal Fire after three years of attempts. Signes said he is glad to see the law change so that more people who have served time can come full circle like he has.

“I would not be the fireman, husband, or father I am today without that experience. It really opened my eyes and changed the way I looked out in life,” Signes said.

In addition to the new state law, Signes is also glad to see programs like the Ventura Training Center in Camarillo. The reentry program, which launched in 2018, was the first of its kind in California to train and hire parolees for a career in firefighting.