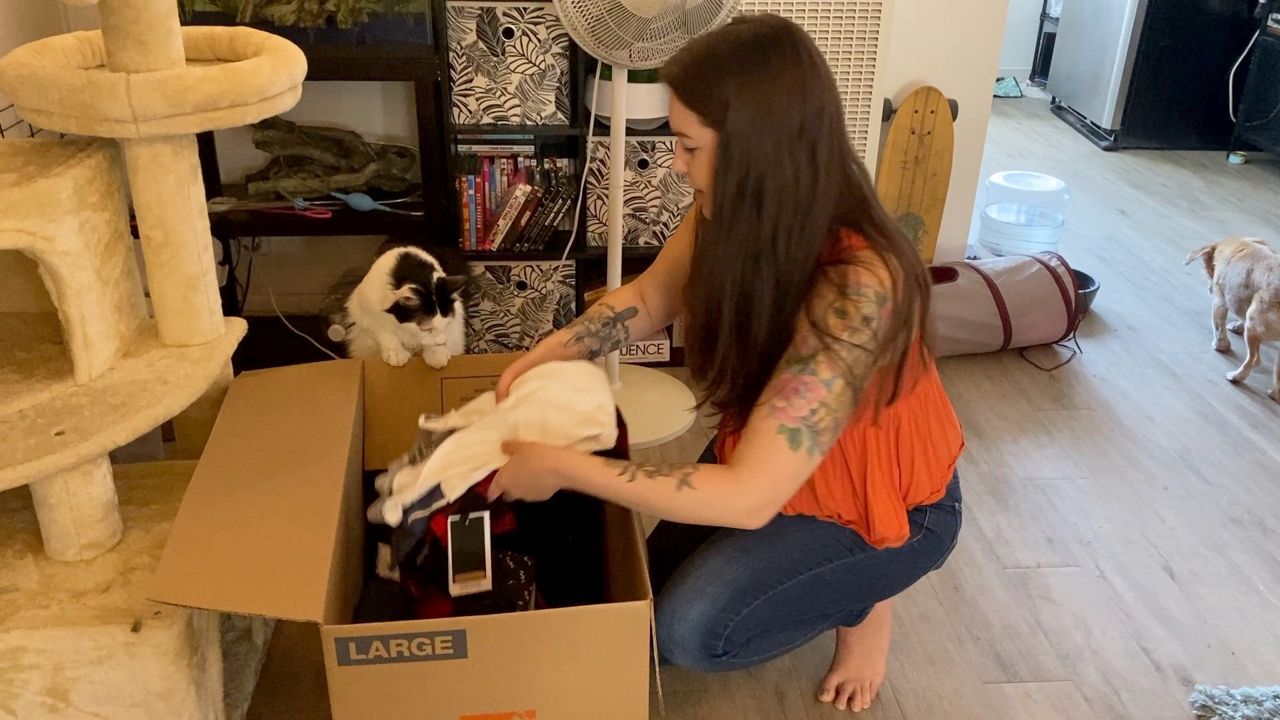 Victoria Cusick is packing up her San Diego apartment and moving to North Carolina, where it is more affordable to live in. (Spectrum News/ Bree Steffen)

SAN DIEGO — Victoria Cusick was born and raised in Southern California, but in just a few short weeks, she is moving across the country to start a new life.

“I’m moving to North Carolina because they have a really great job out there that’s offering me California pay but I can afford to live on that pay out there,” Cusick said.


According to a report, America’s Finest City, San Diego, tops the list for having the nation’s most unaffordable housing market, beating out Los Angeles and San Francisco.

After reading the report, Cusick is taking a chance and moving out of state. She said she was tired of working two jobs, living with her boyfriend and a roommate to pay rent for a small apartment.

“Once I read that study and it was like, oh yeah, it is the most expensive place in California, I went through a whole spiral where I was just like oh my God am I paying all this money to live in this really expensive place which is super beautiful but I never get to experience it,” she said.

Gary London is a real estate analyst and economist and said while other cities have more expensive homes, San Diego wages have not caught up with skyrocketing housing prices.

More people are leaving San Diego than ever before, according to London. He does not believe the housing market will crash, but hopes it will level off later this year as interest rates rise. He also believes it will take drastic action to close the gap and allow people to stay.

“There is this gap between housing prices and what people make. And housing prices are very high and at some point that’s just not sustainable,” London said. “The situation is very clear in this community. We are simply not adding enough housing units on a year-by-year basis, measured over now a couple decades period, to accommodate the needs of people that are over lower than median income or even at the median income or even slightly above the median income.”

The OJO Labs report found San Diego’s median home price jumped over 14% over the past year to a whopping $764,000 price tag.

San Francisco has the highest home prices, with a median home price of over one million dollars, but San Francisco’s median price actually fell 4.2% over the last year.

Cusick hopes to return to California one day, but for now is looking forward to renting a luxury two-bedroom-one-bath apartment for hundreds of dollars cheaper than her current San Diego rent.

“Living in San Diego is great, but if you can’t afford to live, what’s the point?” she said.

Other least affordable cities that made the list include LA, Mobile, Alabama, Pensacola, Florida and Boise, Idaho.