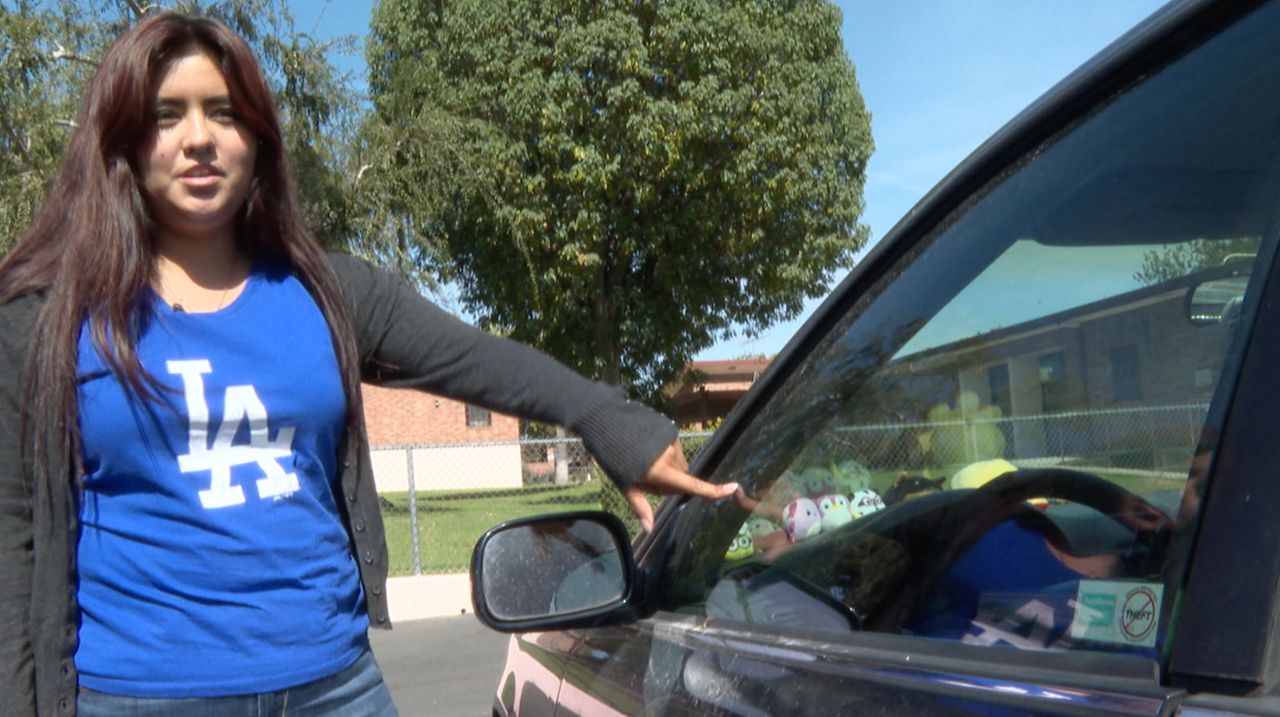 These issues did not disappear during the pandemic. By some reports, they’ve gotten worse. This inspired one nonprofit that previously focused on offering showers to the unhoused to take a huge step forward in a brand new direction.

The Hope Housing for Students Program began last year. It was initially just a place to stay for men. Then a few months ago, it expanded into a new space, which allowed them to start accepting females.

One of those was student Jailene Uribe, whose biggest, most expensive possession also became her home for a while. But living out of her car offered little protection, and it made for the toughest year she’s ever faced. The situation forced her to take a step back from her schooling at East Los Angeles College.

“I was very embarrassed, disappointed in myself you know. I blamed myself for the situation," said Uribe. "I told myself that I could have done better."

She was beating herself up and yet never stopped looking after her younger siblings. At just 24 years old, Uribe always stays strong for them, even when she had to make a difficult choice and say goodbye to the loving support of her dog.

Uribe tries not to rely on others, even making time to sew her own things.

“This requires a lot of patience,” she said while intently focused on her sewing.

But finding a place to live was much harder than threading a needle. Uribe needed help. Thankfully, one of her professors saw that and connected her to Hope Housing.

The program was started during the pandemic by the co-founder of the Shower of Hope, Mel Tillekeratne, who noted that the Shower of Hope recently doubled its capacity to provide hygiene services to the unhoused.

“When COVID happened one thing we noticed was even the few doors that were open to people closed,” he said.

Tillekeratne watched as more and more students started coming to his mobile shower sites. While a shower is helpful, it does not really address the bigger issue.

After some searching, Tillekeratne found empty living space in Rosemead at Maryvale, a social services agency.

“When you hear the stories of these students who’ve struggled through literally hell and now are winning in their journey to education whether it be one, whether it be two, whether it be 10, it’s all worth it,” said Tillekeratne.

“I feel so at home, a feeling that I have not had in a while,” said Uribe.

Even with the love of her siblings, the housing search was very isolating and lonely for Uribe. But she’s finally found a group of people who know what she’s been through because they’ve been through it themselves.

Housing applicants can apply at hopehousingforstudents.org.