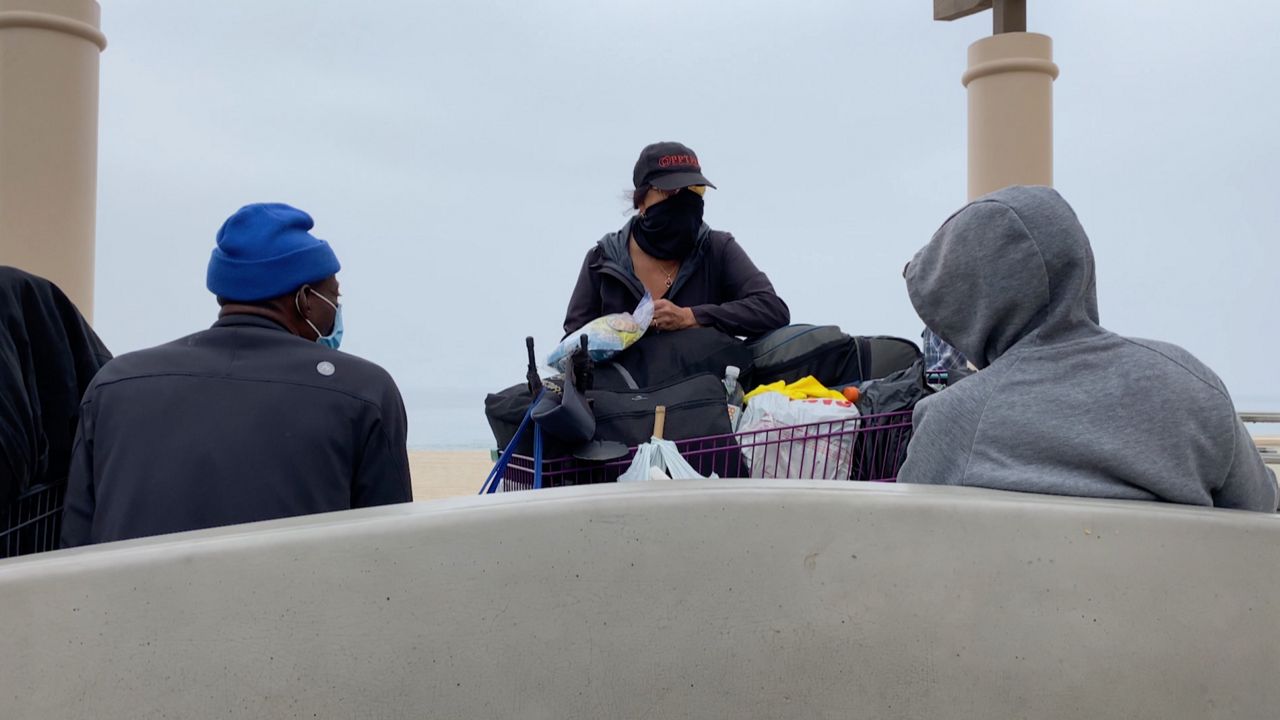 Pacific Palisades Task Force on Homelessness provides outreach and support services to the homeless, while also representing and addressing the concerns of the housed people in the community. (Spectrum News 1/Catalina Villegas)

"Thank you to DeeDee and Bruce," she said. "We are going to head into the hillsides to see if we have any encampments or any folks that are in need."

Kilbride oversees the street operation for the Pacific Palisades Task Force on Homelessness. Her namesake and co-president, Sharon Browning, focuses on the task force's business operations.

For years, they have been working to end homelessness in the Pacific Palisades area, aided by a service partner, The People Concern, and a law enforcement partner in the Los Angeles Police Department. The task force is similar to other homeless outreach programs because it uses its service partner to engage homeless people and offer them services.

But it's also different because from the leadership to the volunteers, most task force members are Palisades residents. In this way, Kilbride can connect with homeless people like Kenny, get to know them and their needs and provide them with the resources necessary to get them housed. According to their website, they've gotten 154 individuals off the streets since 2016.

"Oh, man. They're saving our lives out here," Kenny said. "Because a lot of people aren't going to get the help that they need."

But it's not just homeless community members the task force engages. It advocates for residents, especially those who live along hillsides prone to fires.

"In January, we had a fire and there was a homeless camp here," Kilbride said, pointing at a burned hillside.

So the task force installed no trespassing signs, allowing their law enforcement partner to clear the area of encampments and safeguard these residents. Sharon Browning said that the ability to move back and forth between their law enforcement partner and their services partner depending on what's needed lets them serve both of their stakeholders.

"So, we serve the community, we serve our homeless people, we serve both, and I think that's what makes us unique," Browning said.

Browning said the program is so successful that Westwood recently replicated their model, and about ten other neighborhoods are trying to do the same.

Sharon Kilbride said the only thing these communities need to get started is a willingness to get involved and be a part of the solution.

"These are residents that take pride and really are compassionate," Kilbride said.