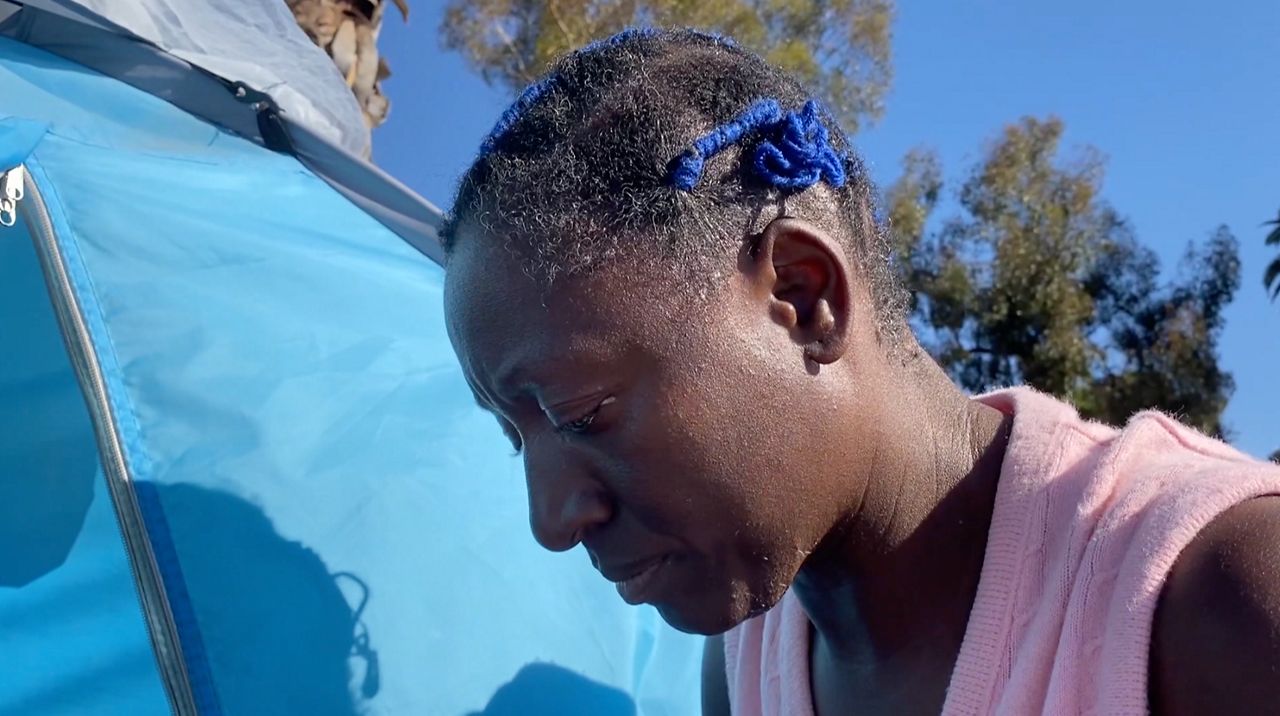 Juneki Dixon, who is unhoused, packed up her stuff on Tuesday, October 12, because after a long year her wish of finding housing finally came true.

LOS ANGELES — MacArthur Park — south of Wilshire Boulevard — will close Friday, but the north side of the park will remain open.

For a few weeks, people living in the park have been receiving notices of the upcoming closure as chain link fencing has slowly been erected.

Estimates vary, but according to Los Angeles City Councilmember Gil Cedillo’s office, nearly 200 people who have been living in the park since the start of the year have now been housed.

For Juneki Dixon, who for months lived outdoors without any kind of shelter and was a target of violent threats and theft, living in a tent in MacArthur Park was a step up. However, after a year, Dixon packed her belongings on Tuesday after finding housing. Leaving the park was not a difficult goodbye for her.

“You might get your stuff stolen if you’re not careful. They’ve managed to clear a lot of the park, but the police are here a lot, so it’s been safe,” Dixon said.

People Assisting the Homeless (PATH) is a nonprofit agency that has been working in Westlake for a while. They’re the ones providing Dixon with a temporary place to stay.

“There are always folks that are interested in coming indoors, and I think that’s what we’re really trying to have our focus on,” said Ann Reyes, PATH’s Associate Director for Metro LA programs.

They don’t force anyone to leave, but a deadline is coming.

On Friday, a portion of the park will close for several weeks to allow the city to catch up on maintenance that has been put off.

Some worry it will lead to a repeat of events like the sweeps at Echo Park and the Venice boardwalk.

Reyes and her team can only take it case by case.

“It is very emotionally taxing, but I think just seeing the faces of folks when they’re happy to be able to link to someone because, again, I think that’s what the basis of outreach is, is to reach those folks who don’t normally seek out these services,” Reyes said.

Living indoors will be a huge change, but it’s the small things Dixon looks forward to most.

“Now I’m getting into a room that's even better," Dixon said. "I can take a shower whenever I feel like it."

Some people living in MacArthur Park are excited to accept offers of housing. Teams have been working for months to house as many people as possible before the October 15 closure. pic.twitter.com/u1xefafVQN