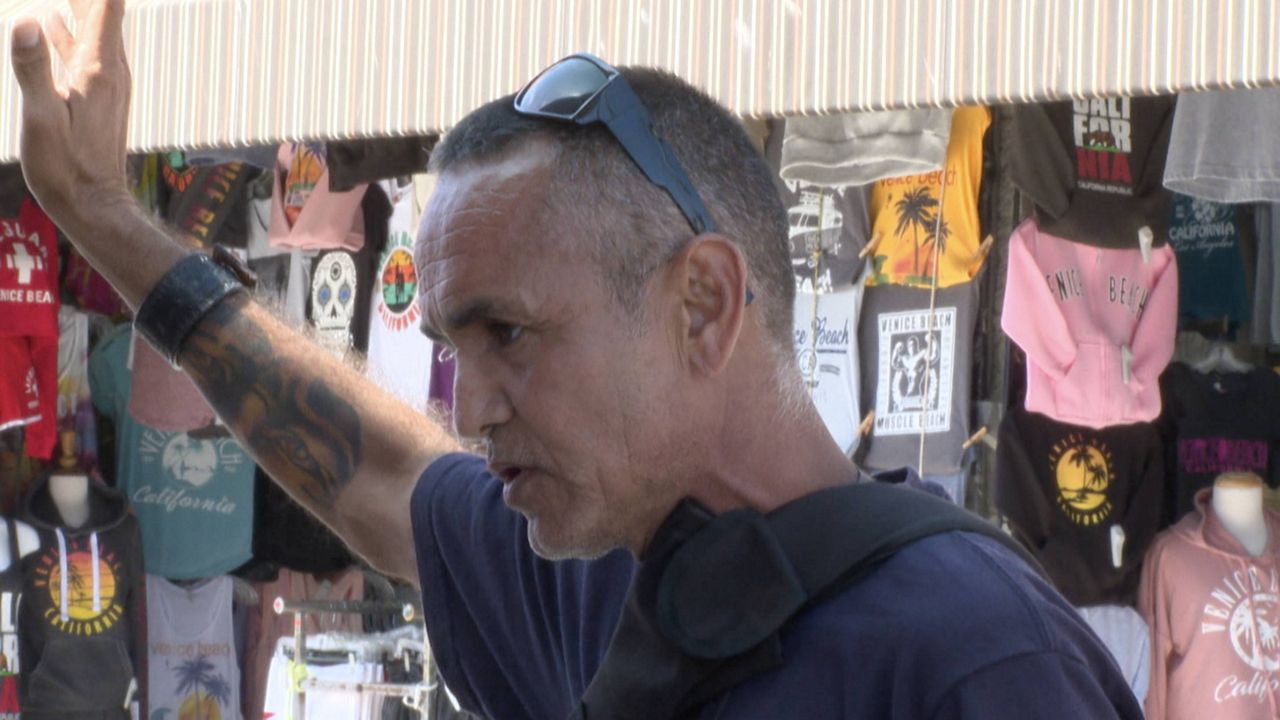 Jeremy Gonzalez goes out of his way to help the people living outside.

One man’s struggle and loss inspires his outreach work

LOS ANGELES — Teams have been working one zone at a time on the Venice boardwalk to get people inside by promising a pathway to permanent housing.


While many official resources are concentrating on the boardwalk, one man has taken it upon himself to be a helper and a friend.

Jeremy Gonzales is an outgoing person who does not hesitate to speak with uniform officers and those living in tents.

Years ago, a medical scare put Gonzalez a day away from living on the streets. He has since devoted his free time to helping those who have less. He leaves food for them, listens to them and even takes orders for things such as clothes, car parts and tents.

He has also made lifelong friends.

"I see myself as an ambassador. People call themselves Angelenos, but you know my ancestors were here over 2,000 years ago and our tribe, I just feel like if I have it, I gotta help people," Gonzalez said.

Some people seek him out when they have nowhere to turn, like Craig Martin, who has lived in tents and his car for years.

After getting a terminal diagnosis, Martin had nowhere to go from the hospital, but Gonzalez jumped in and started making calls.

"Basically, I can say he saved my life doing his advocacy," Martin said.

Martin now has a home, but Gonzalez is motivated to do more. Seeing the faces of the young men living out around the boardwalk, he said they remind him of his son, who died less than a year ago after a long struggle with addiction.

"You know it's one of the big reasons why I'm out here, especially now. I miss my son, and I don't want that to happen to anybody else's kids," Gonzalez said.

Gonzalez hopes to formalize his efforts in the future by creating a nonprofit.