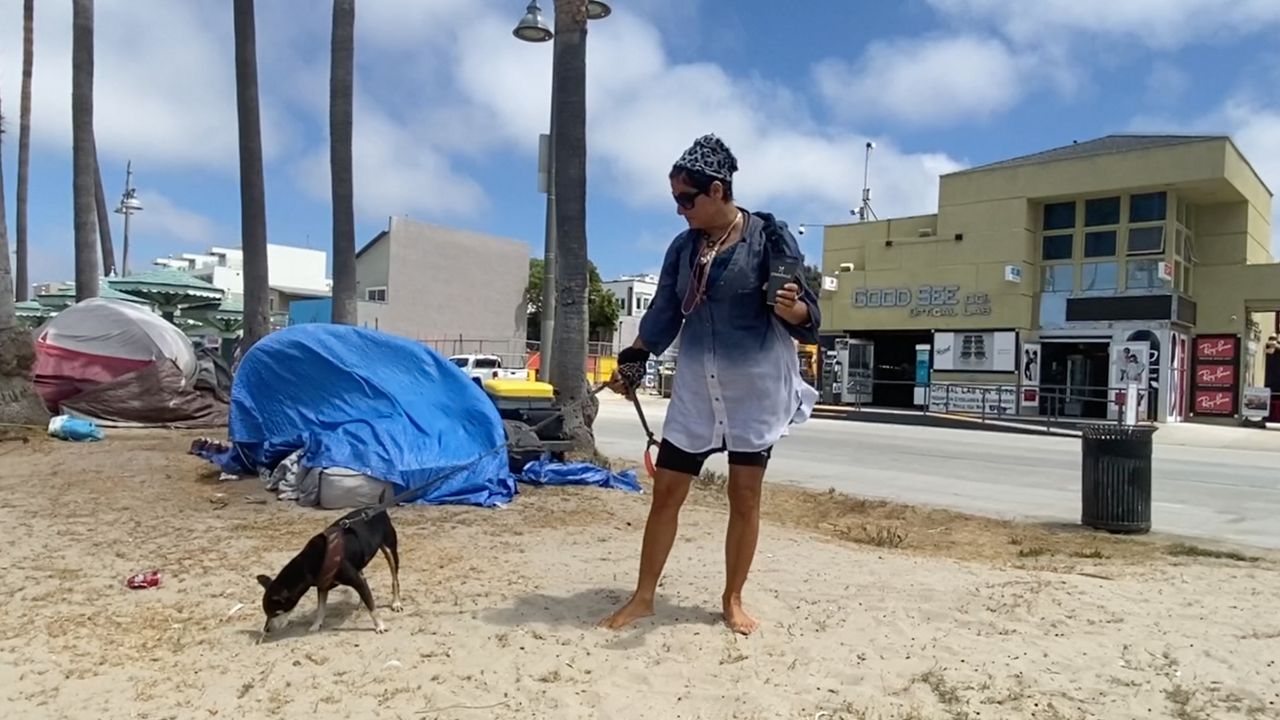 LOS ANGELES — The days blur together when you don’t have a real place to call home. But for Leslie Russell, who has been living in a tent along the Venice Boardwalk for the last six years, what’s even harder is not having a sense of purpose.

“That has been probably the most difficult thing for me. I find days where I’m very depressed because I think 'what am I doing?'” Russell said.

Russell said that before the pandemic hit, she decided it was time to finally change her situation and try to secure permanent housing.

“I need to get myself back together because I would like to start volunteering and working. I want to get well and, you know, just a place to get inside, to shower, to feel good and to be a productive citizen again,” Russell said.

Russell expressed that the pandemic delayed her process of finding a home. She said the closures made her unsure if she had fallen off the radar of outreach workers. It’s not the first time Russell said things felt out of her control.

“In 2013, I lost my home, I went through a divorce, my mother passed away a while back and then my grandmother passed away. There were a lot of things that happened and I just lost everything. You never think it’s going to happen to you,” Russell said.

Russell said prior to being homeless, she was a licensed social worker with a master’s degree who helped veterans, some of whom were experiencing homelessness themselves.

Now that she has come full circle and knows firsthand what it means to be homeless, she said it makes her crave working again.

But not everyone is convinced of Russell and her tent community’s intentions to get off the street.

Reza Karimi, who owns Good See Co. optical shop across from where Russell has her tent, said although he wants to believe that Russell and her neighbors are ready for housing, he predicts the tents will remain.

“These people that are right in front of us, they’ve been here for years. And they’re not going to move unless they’re forced to move,” Karimi said.

Karimi said he is frustrated with local politicians for allowing the camping and the crime to mushroom on the boardwalk. He said many of the homeless people in Russell’s tent community get into fights, stay up all night doing drugs and brandish weapons without consequences.

A six-week initiative is underway in Venice to offer the homeless people an opportunity to move into motel rooms and connect them with resources for permanent housing.

Russell said she is eager to accept that offer.

“When I do get back together it will be that much better because of the awareness that I now have that I didn’t really have before,” Russell said.