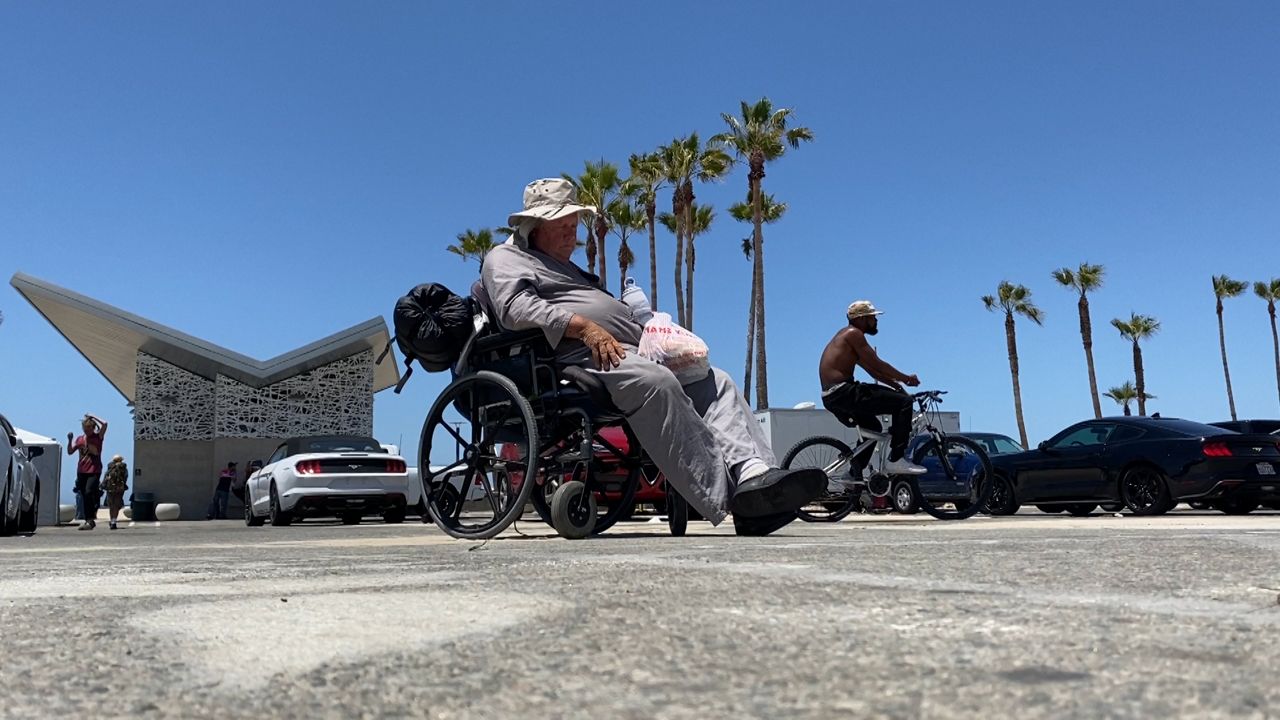 VENICE, Calif. — If you really know the scene on the Venice Beach boardwalk, then you probably know Robert, a longtime homeless boardwalk resident who was back in his usual spot Thursday harboring a renewed sense of distrust.

"They haven't successfully done nothing (for) me except destroy my campsite," he said of the Los Angeles County Sheriff's Department. "I lost a lot of property."


The sheriff came to Venice Beach, greeted with fanfare by residents who say living here feels like a warzone.

Lt. Jeff Deedrick is at the center of it all as the creator and head of the department's Homeless Outreach Service Team, or HOST.

The Veterans Administration told the deputies they could house Robert after his procedure, so they took him to the VA in Brentwood with a few bags of his possessions and cleared the rest.

On Wednesday, the sheriff's department put out a news release saying Robert would "finally agree to accept services" after the team "spent many days" working with the veteran.

What they didn't know was that at that point, Robert was already back at the beach. Deedrick said he was shocked when a Spectrum News 1 reporter found him back at the boardwalk, claiming he'd been left out in the cold after receiving medical care.

To Pam Connolly, the whole affair was outrageous. Connolly's nonprofit, Hope for the Hearts of the Homeless, takes care of Robert. The group meets Robert every Thursday to give him food, take him to doctor's appointments and even stores his medication.

"We didn't know it was happening. There's a real lack of communication," Connolly said of the Tuesday trip to the VA.

Connolly and other nearby service providers have said it's not uncommon for Robert to accept housing and then change his mind. It's one of the many challenges of helping homeless people in Venice. Connolly said the deputies are muddying the process.


Connolly is not the only one who feels that way. When Villanueva came to the beach himself on Thursday, anti-cop and antifascist activist Ricci Sergienko, co-founder of The People's City Council, bombarded him by shouting over interviews and disrupting the visit.

Sergienko was detained at a separate Villanueva news conference in April, and Twitter suspended his account for posting the sheriff's home address.

Over the shouting, Villanueva told reporters his department would clean up the beach by the Fourth of July holiday and then work their way inland.

"We have to triage all the populations because you have ones who are amenable to services," Villanueva said. "There's ones who are gravely disabled who, really, they need to be moved for their own sake because they're just going to die here. Those are our primary concern."

Villanueva added that those who refuse services would be forced to leave.

"We're going to regulate public space at some point, and enforcement is part of regulating that public space, but it's going to be obviously targeted to the people that will never leave on their own," Villanueva said.

But there are no easy answers for people like Robert, who is an aging vet acclimated to life in a tent. In the end, he ended up moving into a nearby shelter in Venice. He's there for now, but perhaps only until he can rebuild his shelter on the beach.