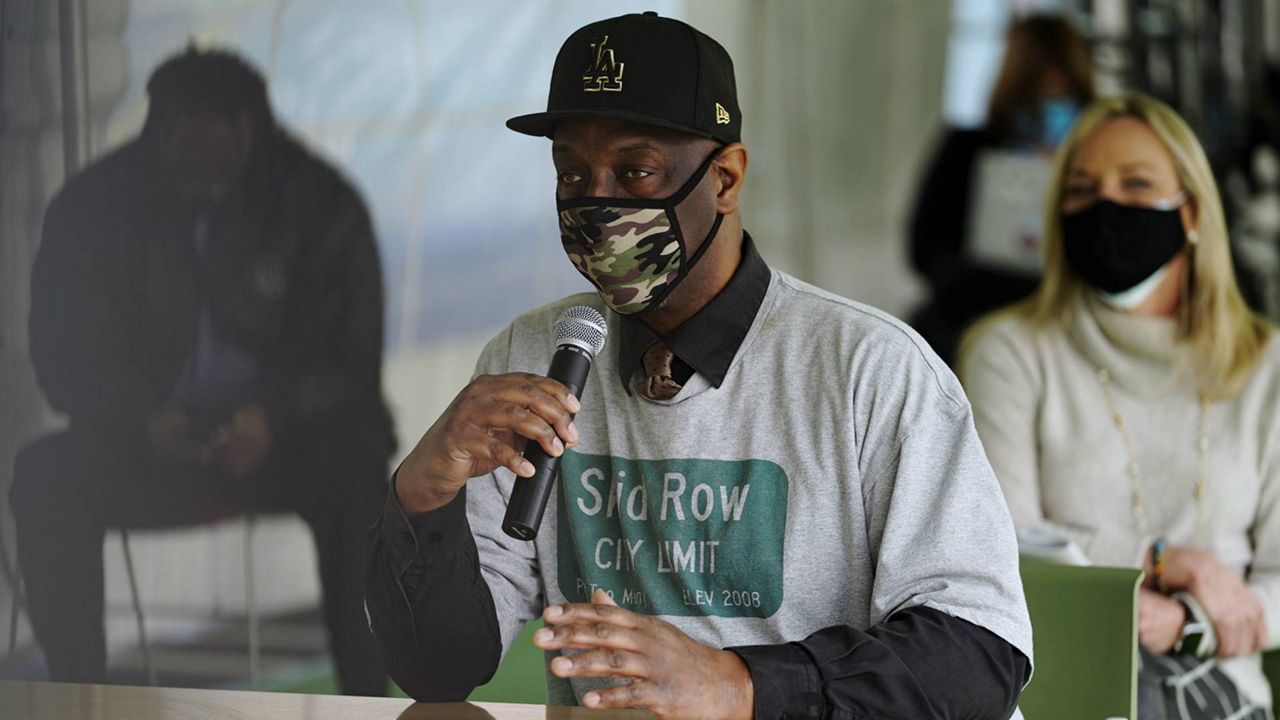 LOS ANGELES — It’s a community to which he's dedicated his life. Jeff Page, also known as "General Jeff," has spent the last 15 years in Skid Row.


The formerly homeless activist advocates for his neighbors that live in surrounding encampments. Page explained how when he heard about Judge David O. Carter’s order for Los Angeles City and County to offer shelter to everyone on Skid Row by fall, he noticed it was missing one component: the voice and perspective of homeless Skid Row locals.

"We the people of Skid Row are very, very concerned because, hey, those are our sidewalks. Those are constituents. Those are our neighbors. That’s us," said Page. "Who's making these decisions without us? I barged into the court proceedings early on, and I said, 'Hey, no decisions, I don’t care who you guys are with your suits and ties. Nobody is going to make any decisions about our community without the community’s input.'"

The preliminary injunction, granted by Carter, is ordering the city and county to offer single women and unaccompanied children on Skid Row a place to stay within 90 days. Page thinks that’s unrealistic and worries about possible criminalization if Skid Row locals choose to refuse that offer, especially if permanent housing is not being provided.

"Our concern, as activists on the front line of Skid Row, is the criminalization component," he said. "You know, you offer this, and if you refuse, then they’re going to call LAPD, law enforcement, and they’re going to take you to jail for violation of some new ordinance or some unknown law or rule, or violating the settlement agreement. We don’t know."


Page is now working to make sure the Skid Row Advisory Council has a say in the matter. He noted that temporary shelter will only set back some of those dealing with homelessness and believes it's only worth the effort if permanent housing is an optional offer, not a forced one. Overall, he doesn’t feel the lawsuit reflects a truly holistic approach.

“This is really nothing more than the guys, in terms of this latest lawsuit by the alliance of the downtown business sector, just trying to get people off the sidewalks, and the judge is really trying to be adamant and fair and do something about it, but the short term solution is just not helping at all," Page said.

Page added that he looks forward to working with Carter directly to ensure this order works for everyone involved.