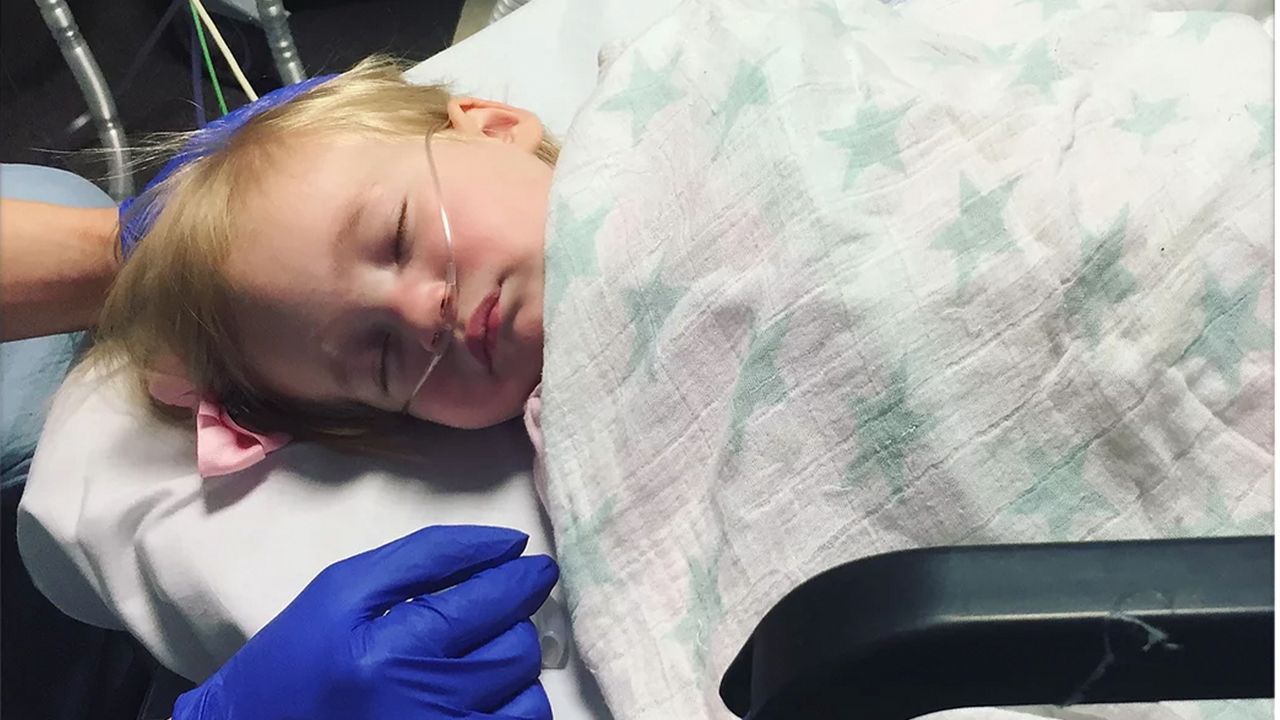 MONROVIA, Calif. — A Monrovia family is one of many families across the country fighting to keep a medicine available for their daughter after a drug company announced it would be discontinued in the fall.

Five-year-old Marian McGlocklin has Niemann Pick Type C or NPC, a rare genetic disease known as children’s Alzheimer’s, which can be fatal. At 19 months old, Marian had an enlarged spleen and was unable to walk.

There is no cure for the disease, but there is an experimental medicine that can help some patients. Her parents Sara and Paul McGlocklin have taken Marian to receive the medicine in her spinal cord twice a month since she was diagnosed, even traveling as far as Chicago.

“After five treatments, she started walking and taking her steps,” Sara said. “She started gaining weight. She was just a different person.”

In January, however, the drug's manufacturer announced the medicine called Adrabetadex will no longer be available after October, citing underperformance in a clinical trial.

The company Mallinckrodt said in a statement that it “deeply acknowledges the disappointment the community, families and patients are experiencing as a result of our decision to discontinue the development of Adrabetadex as a potential treatment for NPC disease… after exhaustive analysis of clinical data, there is no clear evidence that Adrabetadex changes or improves disease progression across the group of patients that were studied.”

Marian’s parents explained that without this drug, her life is in jeopardy.

“It’s not an issue of she could regress or lose skills, it’s that she will. She will die,” Sara said. “She has one of the most aggressive versions of this disease and if she loses access even for a few months she’ll lose everything she’s fought so hard for.”

Marian’s family wants the company to continue to supply it or for a new company to make it.

“It’s just is so wrong that there is a medicine that works and keeps them healthy and is working to save her, and it’s even a question that she might lose it is so wrong,” Sara said.

The McGlocklins and other parents have been advocating for their children on a local and federal level. The Federal Drug Administration recently invited three moms for a listening session to speak on behalf of their children who have NPC.

The families are also raising money via GoFundMe to hire FDA consultants to help them find a way to keep the drug available.