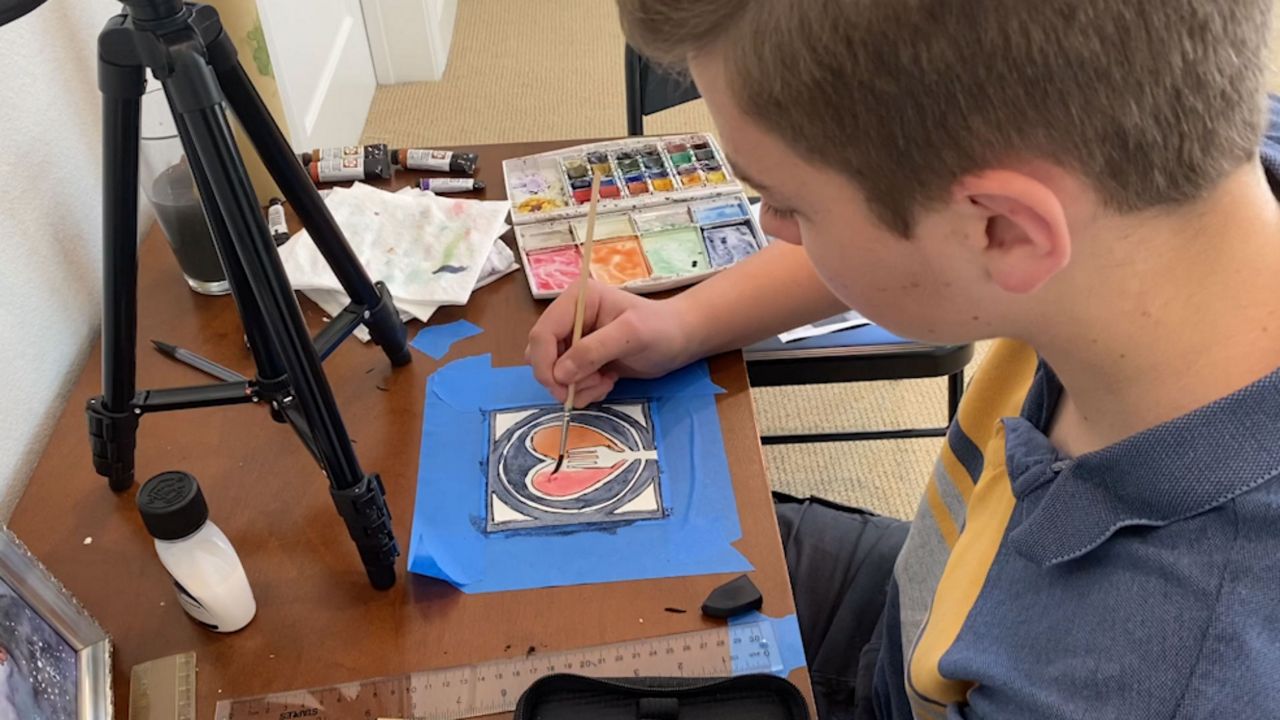 IRVINE, Calif. – A picture might be worth a thousand words, but for Orange County teen artist John McPhie his work is worth thousands of dollars.

This Netherlands-inspired watercolor he is working on was commissioned by a family in Holland. But what makes his work so valuable is what the money’s going towards John helping those impacted by the coronavirus by selling his art in a virtual food drive that’s putting food on Orange County’s family’s tables.

“By making these paintings and giving them to people, I can get more people to donate and also they can get something out of it. And I just think it’s sort of a win-win situation,” McPhie says.

His love for art and philanthropy started from a young age, and both are a family affair. Confined to their Irvine home, his brother Robert sews masks for a local homeless shelter alongside him.

John started the virtual food drive through Second Harvest Food Bank in Irvine about a month ago, and he partnered with organization in part because he volunteered there with his Scout troop in 2016.

The Food Bank is facing an unprecedented demand in the midst of the crisis serving approximately 345,000 people in March and facing a 33 percent increase in average number of people served at partner locations.

“He was a warrior then for us, a champion in his community, volunteering to feed others. And that still seems to be part of his DNA, as he’s sitting at home putting out these beautiful drawings, he’s still thinking about those in need and still volunteering from afar and for that we’re grateful,” says Second Harvest Food Bank CEO Harald Herrmann.

Second Harvest commissioned John to paint their logo, and so far he has raised over $1,300, which is nearly 5,000 pounds of food and almost 4,000 meals. His art is serving to connect his community.

“I think it’s a really powerful tool of uniting people because everybody can look at the piece of art and feel the feeling that it’s meant to convey,” says John.

And his motivation to help others really makes them priceless works of art.