Michael has handed out over 500 homemade wipes. Everything he gives out (including homemade brownies) are community donations.”

SANTA ANA, Calif. – Anything you could need to borrow is in the back of his car.

Michael Sean Wright, an advocate for those without housing or shelter, prepares with disinfectant, multiple layers of personal protective equipment, and sets of gloves to do what he does every day -- provide Orange County’s unhoused with basic essentials during the coronavirus pandemic.

“That is a real beautiful experience, for both of us. To say, ‘Hey, you’re not alone.’ And to know that I can’t sit home and just do nothing,” said Wright.

His routine now takes about 20 minutes to prep for the walk - down from an hour when he started.

His mid-morning prep - across from the Post Office - provides him a central location to be able to take off on foot.

In the field, the conditions are real. The so-called “Wound Walk” Wright is on would be a major risk in any climate, but amid the COVID-19 pandemic, the situation could be exponentially worse.

“Too bad you weren’t here a couple weeks ago when my finger...” said Melissa, who is without shelter.

“I tried to find you at the grocery store. Did they tell you?” Wright said back to her.

There are just under 7,000 people considered homeless in Orange County, but the county has been criticized for not keeping pace with neighboring counties, like Los Angeles County, which announced sweeping measures like hundreds of hand washing stations and rec center shelters. 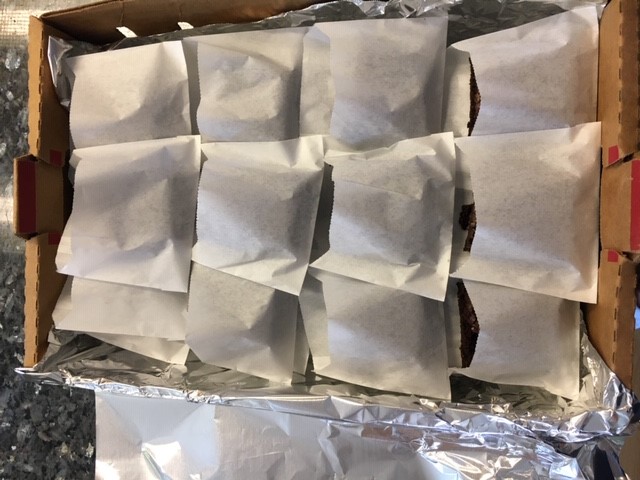 Available space has been reported at shelters like armories in Santa Ana and Fullerton, but Wright says the nature of the virus brings into question how shelters - even with social distancing - would be able to prevent the virus’ spread among such a vulnerable population.

“We have one main shelter here downtown which is woefully inadequate, it’s understaffed, it’s unsanitary. And the people there are doing as much as possible with very little resources. So people come in to that confined area and things spread very quickly,” he said.