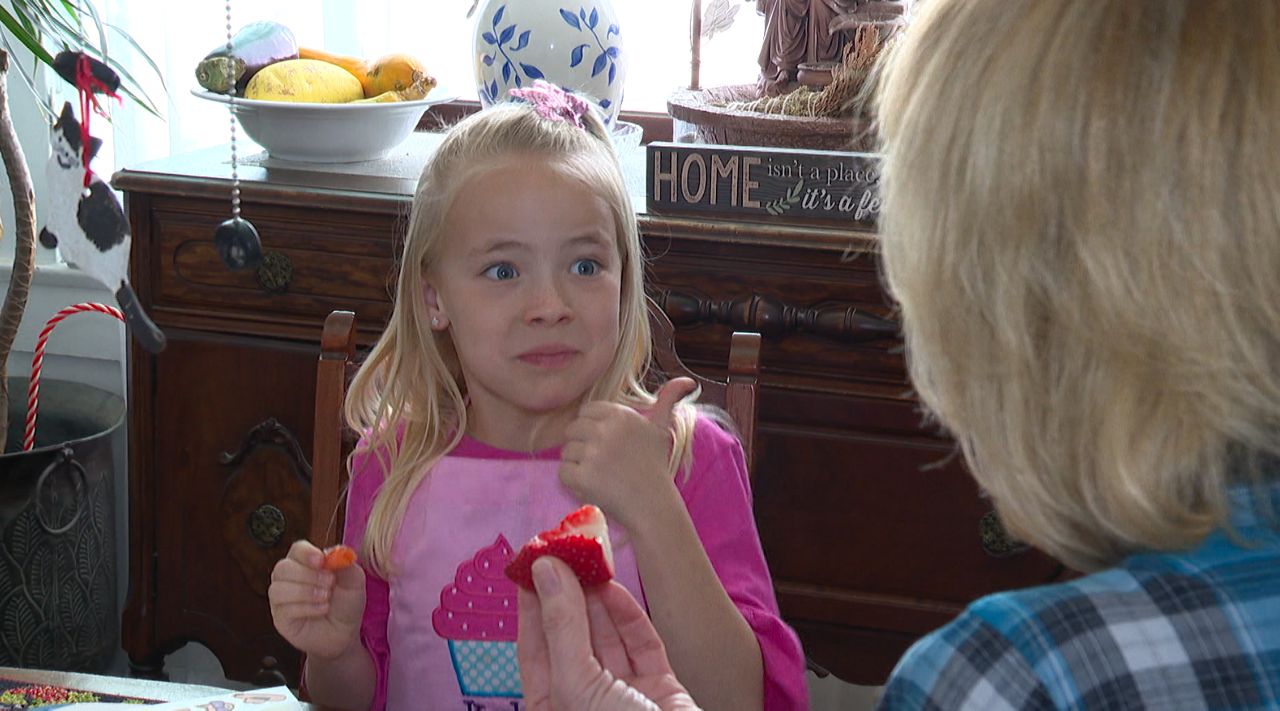 There's a new product on the market designed to make it more fun for kids to eat their fruits and veggies.

“I had remembered hearing at my own dinner table and then at my grandkids dinner table, their mom and their dad say, 'You know if you don’t eat your vegetables, you don’t get dessert,'” said Linda York, founder of StickyLickits.

She got the idea for StickyLickits in 2014. As a former writer, instead of retiring like many other people her age, York was determined to see her idea through.

And while other people had similar ideas for edible stickers, it was important for her that her stickers be all-natural and sugar-free.

“The coloring is actually made of food rather than chemicals or dyes, or things like that,” said York.

Young Kylee Levien was one of the kids used to test the product before it launched last October.

“I do have a favorite, it is this one and this one, they’re just so cute,” said Kylee.

The stickers feature popular themes for kids, like Spongebob Squarepants and Paw Patrol.

According to a recent study in the International Journal of Markets and Business Systems, researchers find that young kids are more likely to choose healthy food like fruits and veggies if the items had a sticker with their favorite cartoon character.

So even though York’s mission in creating StickyLickits is to inspire kids to eat more produce and to encourage healthy eating habits, it’s also important to her that kids have fun while doing it.

Seeing them have fun…was her motivation as an entrepreneur in her second act of life.