A bartender pours a beer while wearing a mask and face shield amid the coronavirus pandemic at Slater's 50/50 Wednesday, July 1, 2020, in Santa Clarita, Calif. (AP Photo/Marcio Jose Sanchez)

Brent Reger was thrilled to open his Project Barley Brewery in Lomita last August. The craft beers were flowing, bands played six nights a week, and the taproom was doing a brisk business from its perch overlooking Pacific Coast Highway. At least it was until March when stay-at-home orders stopped him from being able to serve customers indoors.

“Now there’s only one of us at the brewery, and that’s me,” said Reger, who’s had to scale back his six-person staff to a one-man show. “I’m doing everything: sweeping the floor, cleaning the bathrooms, brewing the beer, canning the beer, designing labels, delivering. Basically, everything it takes to run a brewery, I’m doing.”

Reger is like many of the almost 100 craft breweries operating in Los Angeles County right now – hanging on for dear life, hoping the County’s Department of Public Health will allow them to reopen. For a lot of the breweries who received federal Paycheck Protection Program funds, the money already has, or is about to, run out. 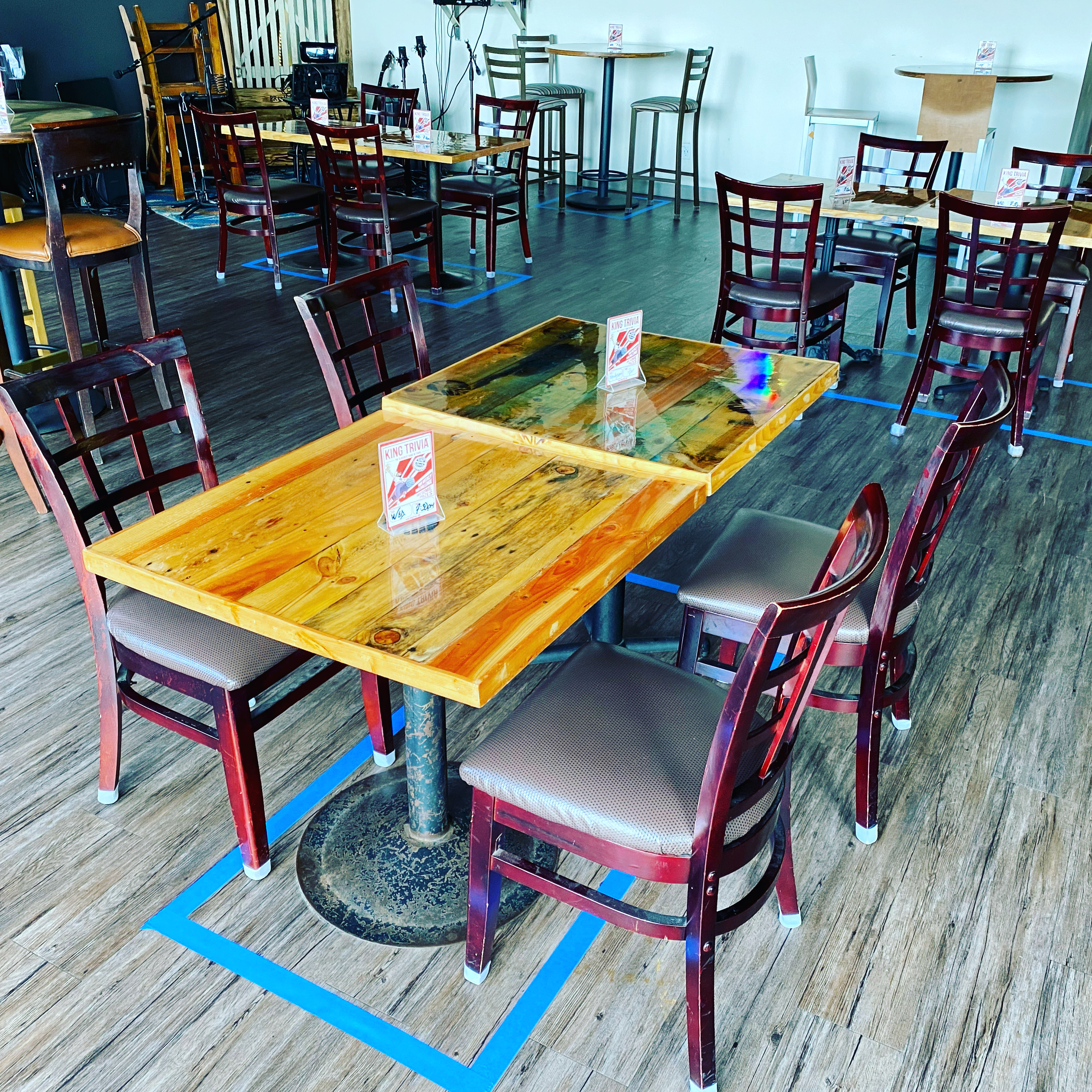 “I have heard from so many local breweries that are struggling to stay in business while following the County’s health order,” L.A. County Supervisor Janice Hahn said in a statement Tuesday, after the Board of Supervisors voted unanimously to award $10 million in grants to breweries, wineries, card rooms, and family entertainment centers that have been closed or restricted by L.A. County health officer orders due to the COVID pandemic.

“With our case numbers on the decline, I am hopeful it will be safe for them to fully reopen soon. But in the meantime, I want to get them the lifeline they need to make it through this crisis.”

For the last three weeks, the L.A. County Brewers Guild, representing 93 breweries in the county, has been waging the Save L.A. Brewers campaign, asking the County Health Department to align with state health officials and allow breweries to reopen their doors. But that doesn’t appear to be happening anytime soon. 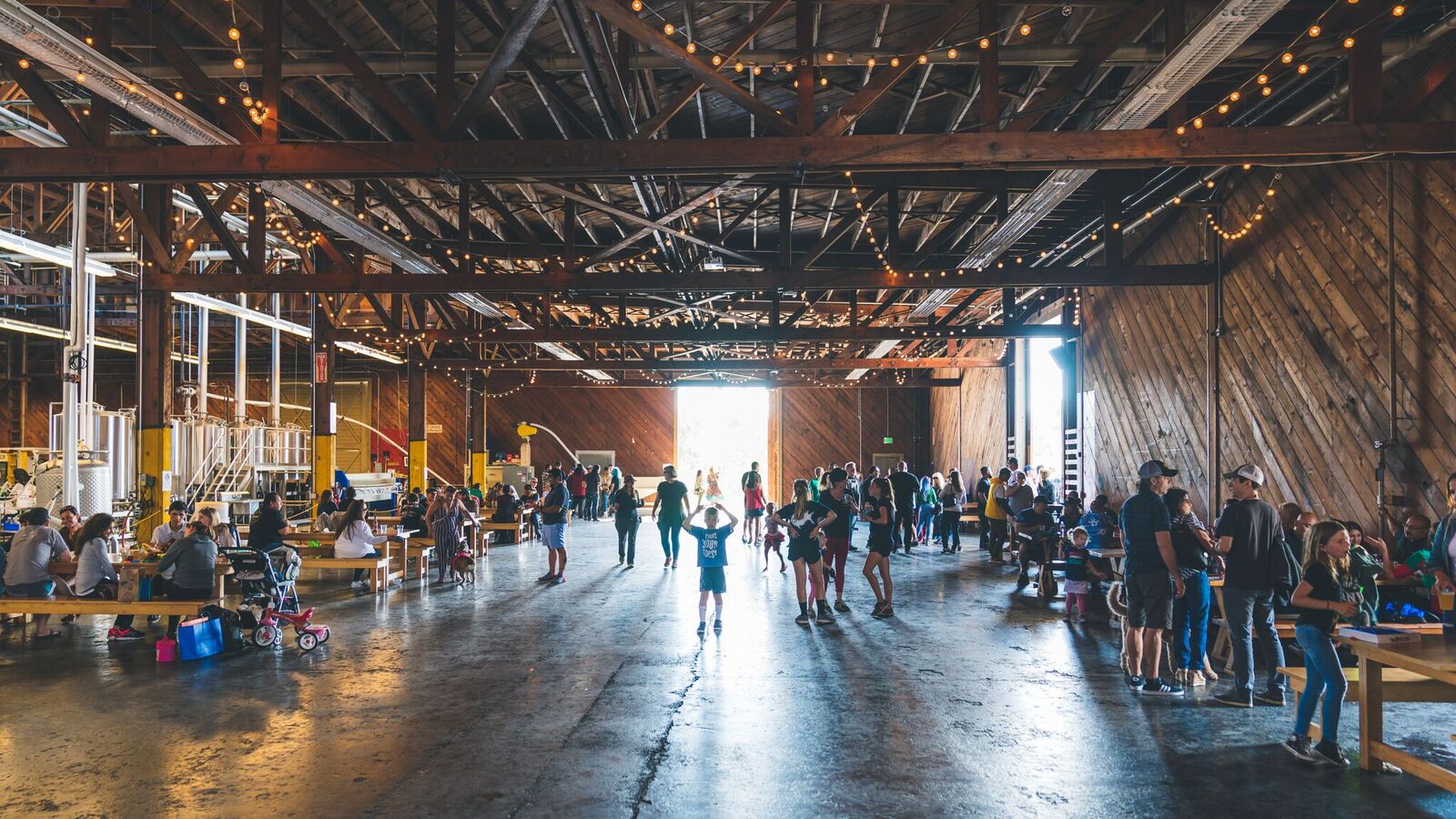 On Saturday, the L.A. County Department of Public Health released a statement saying that “younger LA County residents continue to drive new infections,” and cited a new U.S. Centers for Disease Control report that said dining and drinking at places that offer on-site eating and drinking is one of the riskiest activities for COVID transmission.

The highest number of new COVID cases are among residents between the ages of 30 and 49, representing 35 percent of all new cases, the Department said.

“We need the help of our younger County residents to slow the spread even more than we are doing now, so that we can move into lower tiers that allow for the reopening of more business sectors and schools,” said L.A. County Director of Public Health Barbara Ferrer. “This means this is not the time for non-essential activities and social gatherings, but a time for distancing and avoiding close contact with people you don't live with."

Breweries in L.A. County are the only breweries in the state that have not been allowed to reopen. 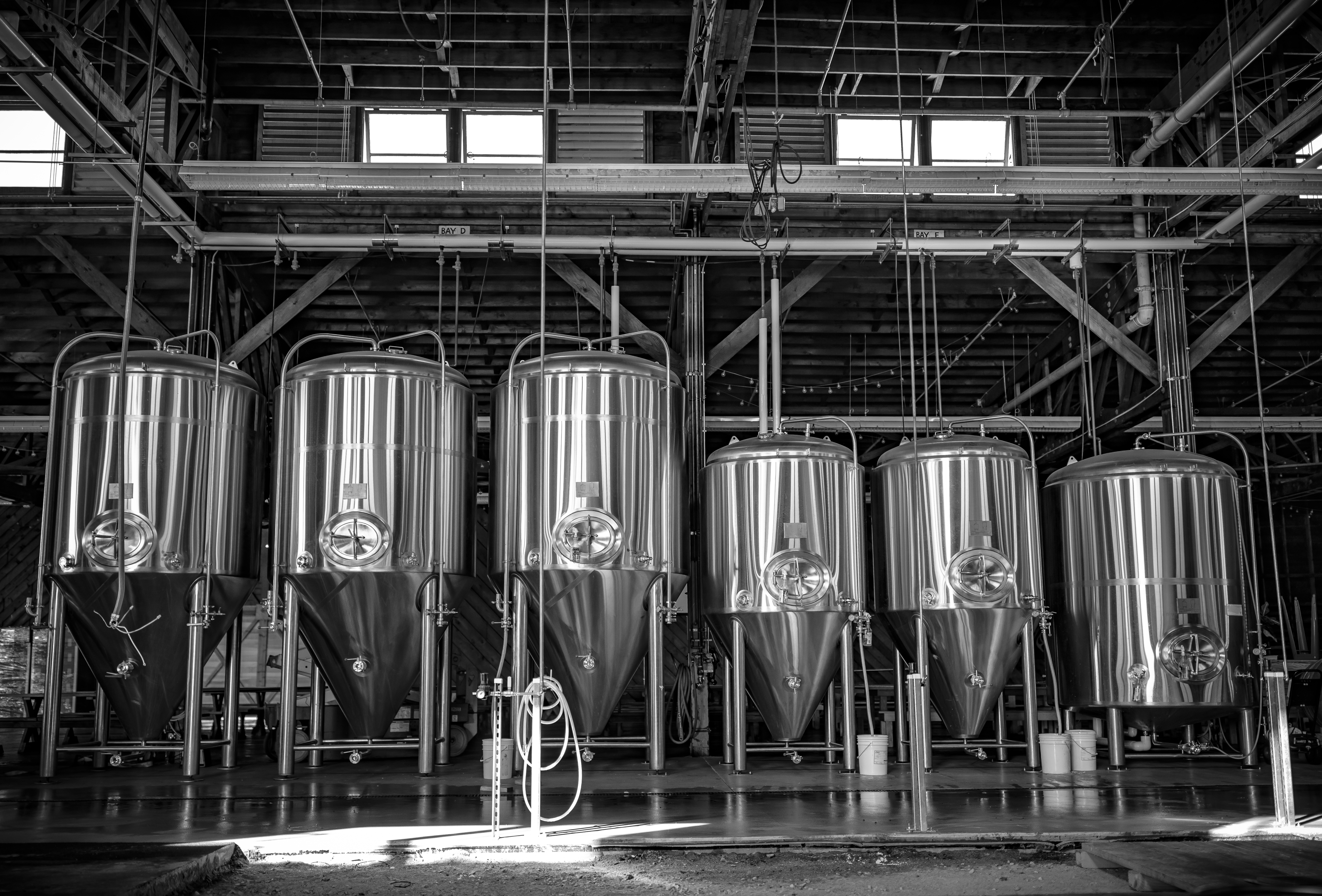 “We’re hopeful there will be some consideration of the vast disadvantages our industry has faced when you can drive 20 minutes in either direction of the county and have a beer at a brewery,” said L.A. County Brewers Guild Executive Director, Frances Cannon.

For the past few weeks, Cannon had been working with Supervisor Hahn’s office to discuss the Guild’s need for relief “because we have felt a little bit forgotten,” Cannon said.

The $10 million in grant funding from the L.A. County Board of Supervisors is “a huge win,” said Laurie Porter, co-founder of Smog City Brewing in Torrance. “But at the same time, we’re treating it like a Band-Aid. We still need to get open. We need to get our taprooms opened and get them opened soon. We are pushing forward to get treatment just like restaurants.”

Porter said Smog City and other L.A. County breweries have proven they can adhere to the same rules of operation as restaurants that have been allowed to reopen, with outdoor seating, social distancing, and cleaning protocols.

“We are very much supporting this grant. We need it now. But we do need to reopen our brewers, or we are not going to be able to survive.”

In business nine years, Smog City has, like so many other businesses affected by COVID, pivoted quickly to save itself. It switched to home deliveries and flipped their kegs into bottles. They started offering growler deals, adapted packaging, and are now releasing a five-beer series called Strange Times that is directly related to COVID, Porter said. “We did it out of necessity because we had to get beer to customers and generate revenue, and we really wanted to reference this universal negative across our entire globe,” she said. “Hopefully we are going to be part of the positive they remember when they look back.”

Dave Holop, co-founder and operator of Brouwerij West in San Pedro, has also pivoted with local deliveries and shipping beer directly to consumers during the shutdown. He said it’s been helpful, but it’s not the same.

“Our tasting room has been shut down during the busiest season, from May through October, and that's the most profitable component of our business. We have distribution, luckily, and we really have kind of been relying on that, but our business model was not created to do that over the long run,” said Holop, who distributes to stores such as Whole Foods and Trader Joe’s but makes the most profit serving beer directly to customers. 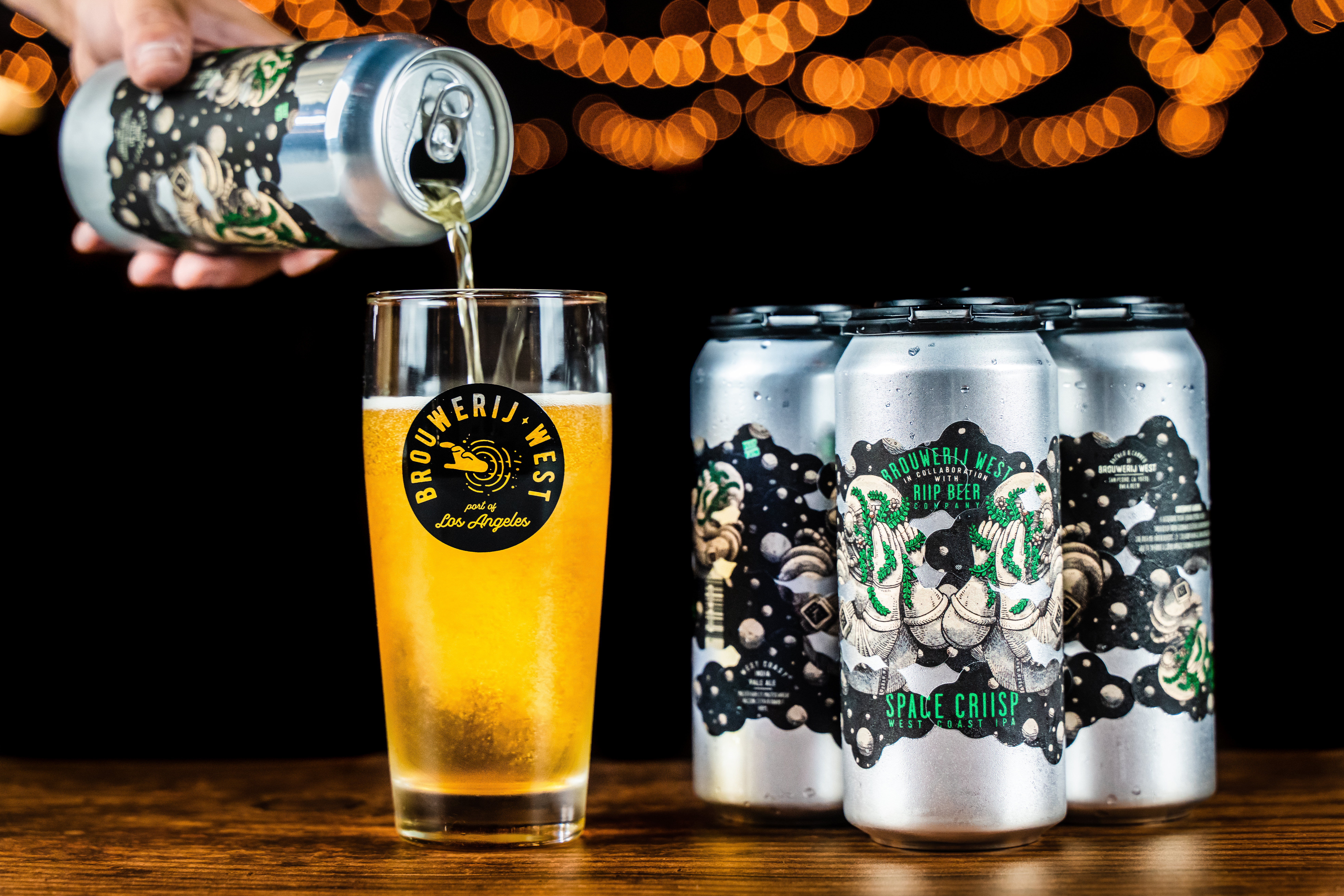 “Any and all relief is welcome,” Holop said. “With no further federal relief on the horizon, I'm glad the county is trying to do something.”

It is unclear how much of the $10 million in grant monies will be available for breweries, and in what increments, compared with other types of businesses, the grant is also supposed to help, including card rooms, wineries, and family entertainment centers. Information about how to apply for the grant will be available through the office of Supervisor Hahn and the L.A. County Development Authority. 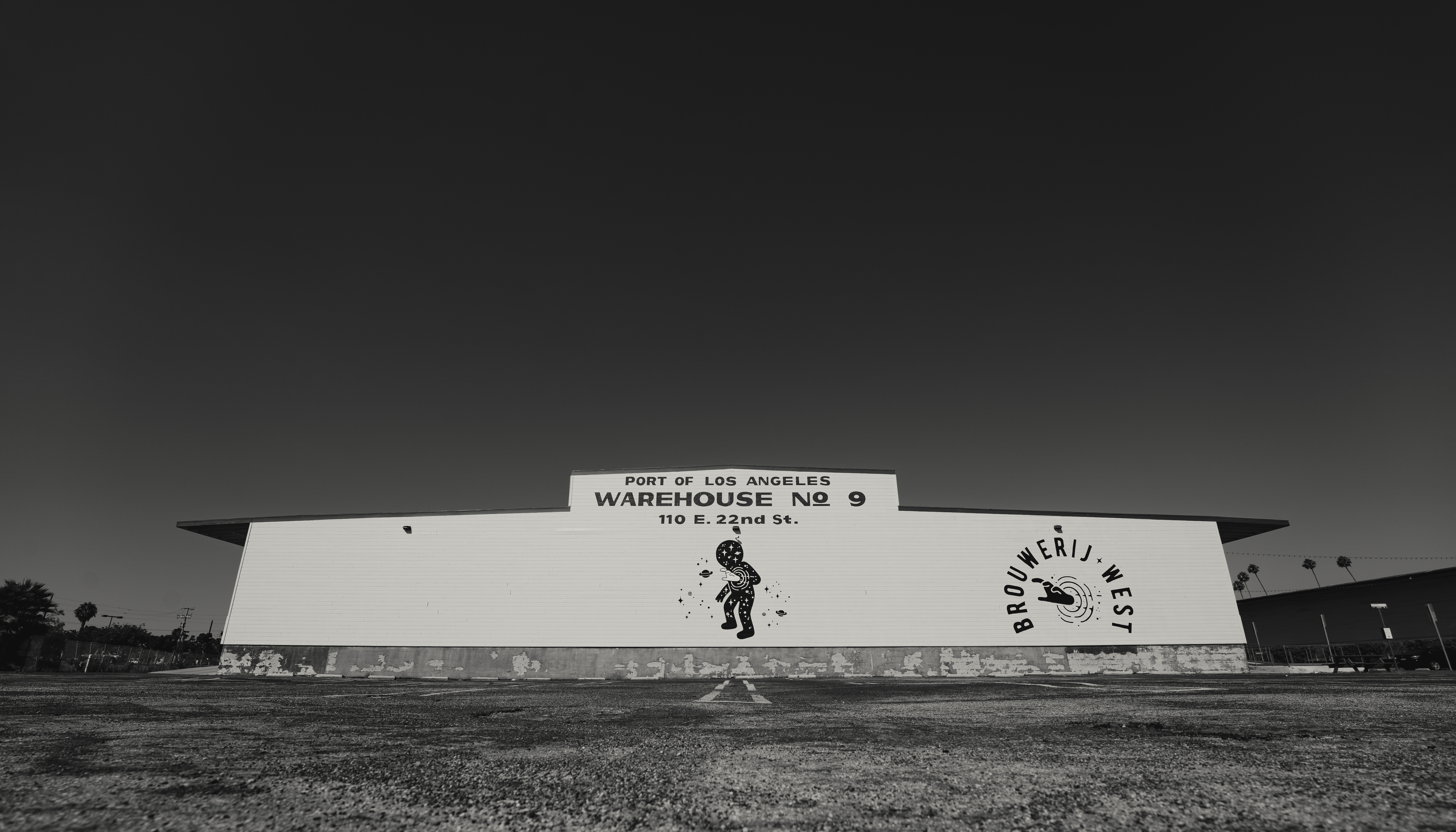 The new grant program is part of a supplemental coronavirus relief fund spending plan the Board of Supervisors voted on Tuesday, with monies coming from Coronavirus Aid, Relief, and Economic Security Act funding the federal government allocated to Los Angeles County.