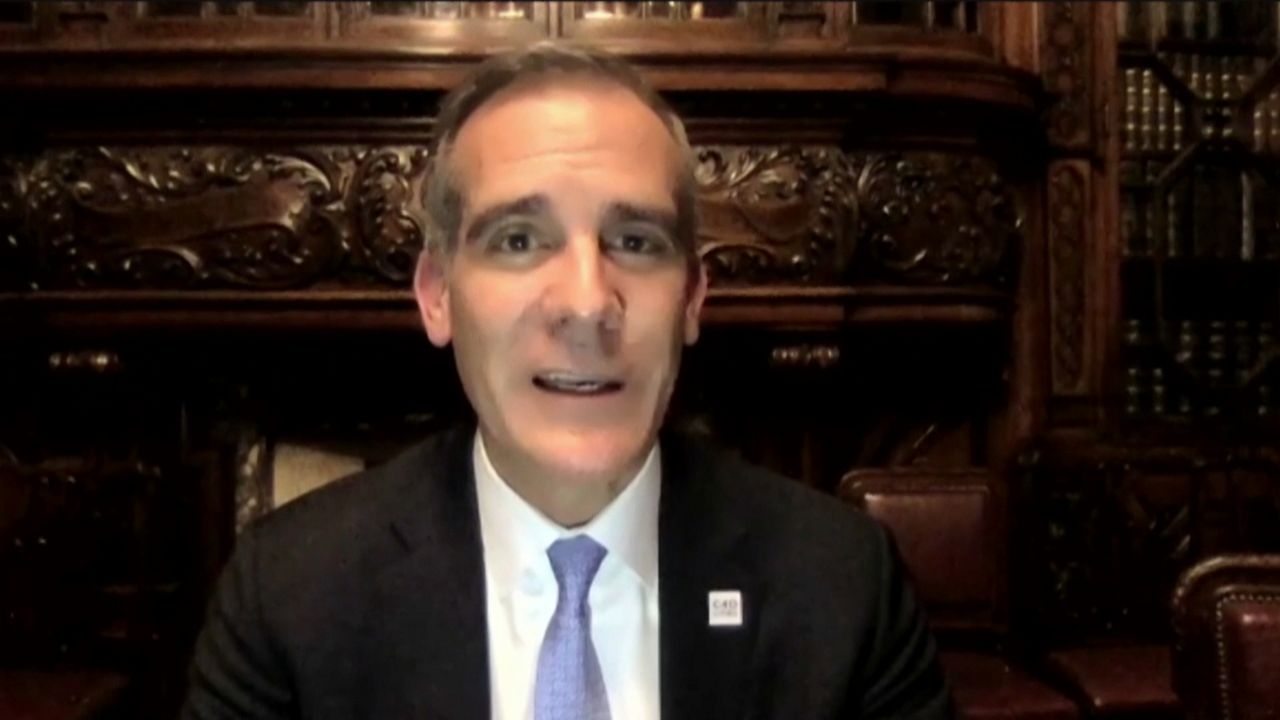 GLASGOW, Scotland — In a first for a United Nations Climate Change Conference, mayors from cities around the globe addressed world leaders to talk about the commitments subnational governments are making to reduce greenhouse gas emissions. Among them was Los Angeles Mayor Eric Garcetti, who, as chair of the C40 Cities Climate Leadership Group, announced Monday that 1,049 cities around the world had joined forces, committing to cut greenhouse gas emissions in half by the end of the decade.

“I'm so inspired here in Glasgow that cities really are leading the way in a very kind of despondent and sometimes hopeless moment,” Mayor Garcetti told Spectrum News 1 in an exclusive interview on Tuesday. “Cities are bringing a lot of hope. So while national governments will negotiate over the next 10 days what they will or won't do, cities have laid our cards on the table.”

Here are 5 things to know about Mayor Garcetti’s plans for LA:

EDITOR'S NOTE: Click the arrow above to watch the full interview with Mayor Garcetti.