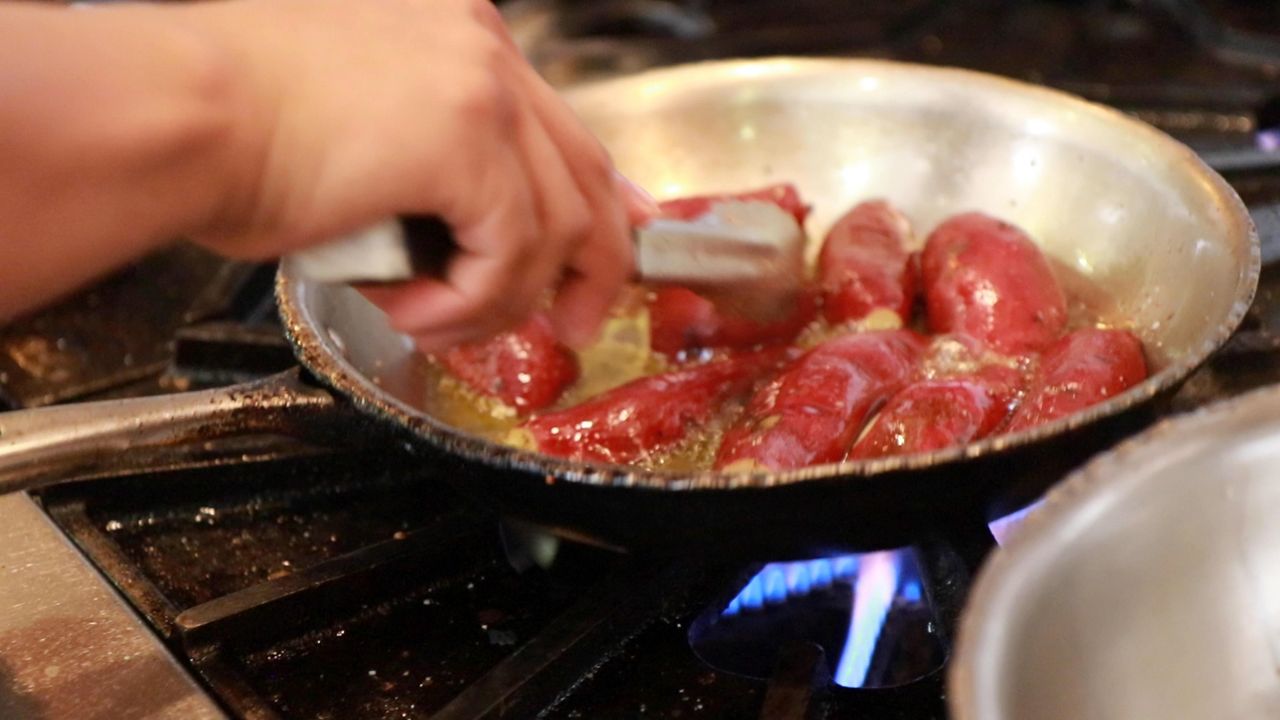 LOS ANGELES — Much of the produce and food we eat in Los Angeles is grown in the Central Valley, but due to the drought, those farms are either in extreme hardship or have stopped growing altogether. When that happens, the ripple effect is felt all the way to our dinner plates at some of the most popular restaurants in town.

Sam Rogers is the market buyer for the Gjelina Group, and as part of her job, she goes to every local farmers market, every week. Rogers says that she’s been seeing some major – and concerning – changes at the farmers markets, changes that don’t bode well for the future of our food supply, nor our local restaurant menus.

In July of 2021, Spectrum first covered the story of a farm in the Central Valley that ran out of water and had to pull out of the Santa Monica farmers market for the foreseeable future. They were a preferred farm for Gjelina, and when Flora Bella left the market, that’s when Rogers knew Gjelina would have to make some big changes to their menu.

“Farms like Flora Bella, and the items that they produce, say their arugula, say their broccolini, that’s what makes our dishes. We completely build our menu around their product,” Rogers said.

In the last few months of the drought, Gjelina has had to remove staple items from their menu, like their potatoes, roasted pepper side dishes and most notably, their Flora Bella arugula salad, which had become one of their most popular dishes.

“Having to take major things off of the menu is heartbreaking, and then having customers asking where things are,” Rogers said.

As a customer of restaurants like Gjelina, one wouldn’t necessarily notice these changes on the menu, because restaurants are very good at adapting when this happens. They swap one ingredient for another, source an ingredient from different farms, or bulk up one dish to cover the absence of something else. But Rogers says there is one silver lining in all of this change.

“When you are able to really affect a menu, you can also teach through that," she said. "So, we’re able to tell our patrons we don’t have these items because of the drought.”

Back at the farmers market, other market buyers are also on high alert, seeing the same changes that Rogers sees. But they all agree – the saddest part of the drought is not the changes to our restaurant menus, it’s the human impact.

Market buyers build strong relationships with the farmers they buy from. Bethany Harris is the market buyer for the Jon And Vinny group, and like Rogers, Harris was very saddened when Flora Bella Farms had to bow out of the farmers market.

“A matriarch of the farmers market is not here right now because of the drought, and that’s a very serious thing,” Harris says. “We scoff at raising prices and don’t recognize just how much goes into the product that is here, the farmer that can’t keep growing on the fields and has to turn it over to the animals. That’s huge, that’s livelihoods.”

Rogers says the drought, and its effect on our food supply and restaurants, is urgent.

“This isn’t a future conversation, this is a right now conversation, and if we don’t make huge changes and really stop putting ourselves first and think of the land first, then we’re going to lose our food,” she said.