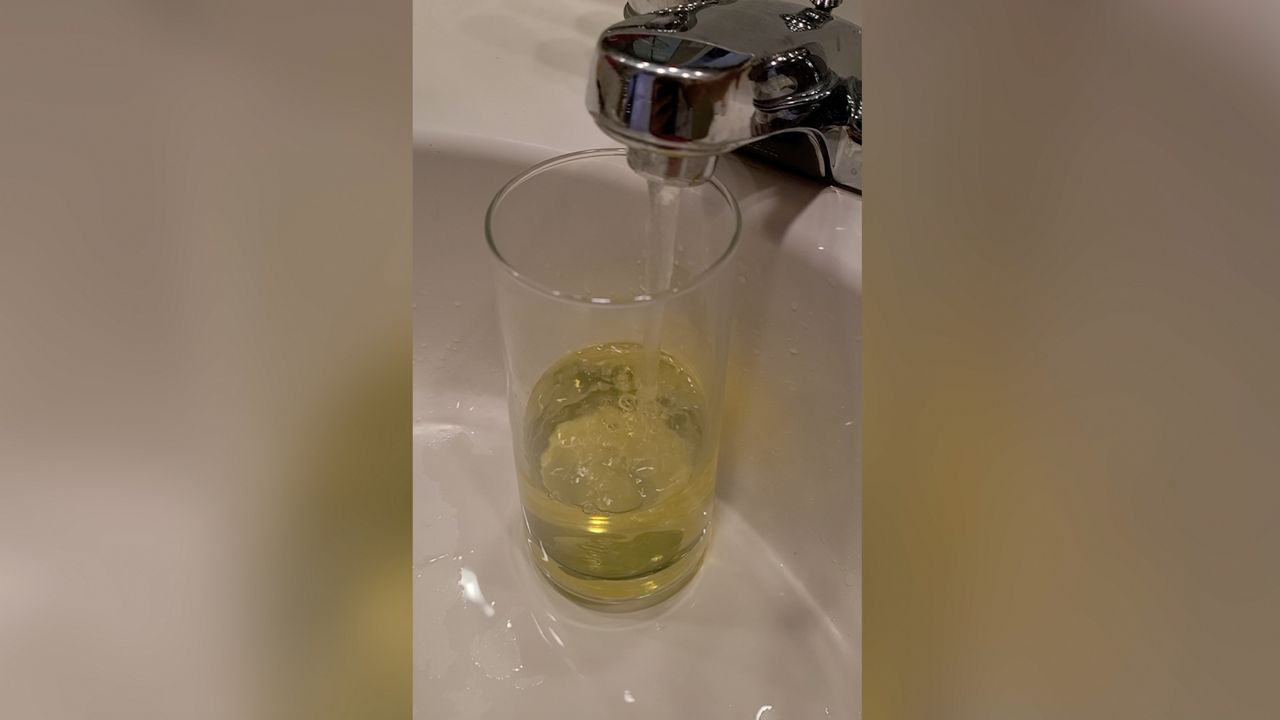 Residents living in fear over water contamination in Thermal

RIVERSIDE COUNTY, Calif. — A Coachella Valley woman, who asked not to be identified, is fighting to help a remote mobile home park in Thermal that has struggled for years with water contamination.

The woman, who wishes to be identified only as Maria, said she first visited the Oasis Mobile Home Park last year because she works for a local nonprofit doing outreach in the community and assisting with resources.

"I first came to Oasis to help with resources to help the kids get tutoring, to help with any kind of internet connection," Maria said.

But what Maria said she found at the mobile home park was a community of families living in fear and conditions that seemed third-world to her.

Maria learned that Oasis had been plagued for years with ongoing water contamination and cesspools of sewage.

Many of the residents she met had pleaded with the landlord to be relocated.

Maria shared a video with Spectrum News that she said a resident sent her to show the water coming out of a faucet. The water appears clear at first and then quickly turned a murky yellow. She said the resident also wanted to remain anonymous.

In fact, as Maria showed Spectrum News around the park, no resident was willing to show their face on camera out of fear.

"They're afraid of retaliation. It has happened before where the landlord called immigration. He would hike the rent, cut their power, their food would spoil," Maria said.

When Spectrum News asked some residents to turn on hoses or their faucets, the water appeared to run clear.

One mother spoke outside her home and asked to remain anonymous. Maria served as a translator and said the woman was an immigrant from Mexico who works as a field worker picking food.

We asked the mother what the hardest part about this ongoing issue has been. Again, Maria translated:

"She said the thing is that I don't have anywhere else to go. It's not like I can move, it makes me sad, but at the same time, it makes me mad."

The history of the park makes Maria furious.

Arsenic can occur naturally in groundwater, but back in 2019, the Environmental Protection Agency found it in the drinking water at Oasis, measuring at levels 10 times higher than what is considered safe.

The agency said the issue was then resolved in early 2020, only to re-emerge later in the year.

It prompted a lawsuit on behalf of more than a dozen residents filed by Fresno-based attorney Michael Claiborne. The filing alleges that the landlords, who own and operate the park on Torres Martinez Desert Cahuilla Indians tribal land, willfully disregarded the dangers and exposed the residents to the contamination.

"It doesn't feel like our country. The landlord would never give his kids the same drinking water that he's forcing upon the residents," Maria said.

The families receive water from the landlord in gallon jugs, but they're worried about washing their clothes, showering and even cooking.

Another mother living at the park shared through Maria that she is scared for her children.

Spectrum News called and emailed the Torres Martinez tribe to ask about the water, but we were told by phone the tribe has no comment.

The EPA said it has been monitoring the issue and sent the following statement:

"We are collaborating with federal, state, tribal, county agencies, and local stakeholders to ensure alternative water is available, while the drinking water system continues to be out of compliance with EPA emergency orders and the federal drinking water standards for arsenic. EPA also conducts virtual monthly meetings with Oasis Mobile Home Park residents to address ongoing drinking water concerns." State lawmakers are also working to provide financial relief to the residents and are calling the issue a public health crisis.

Assemblyman Eduardo Garcia secured $30 million from the State Assembly budget, which will be used to offer housing vouchers, among other resources.

For her part, Maria is still going to the park several times a month to help however she can.

She said the community is hoping for relief as soon as possible.

"They're searching for something better for their kids. But imagine being put between a rock and a hard place," Maria said, adding a plea to the landlord and officials. "Either speed up the process or come up with a temporary resolution or both. It's the humane thing to do."