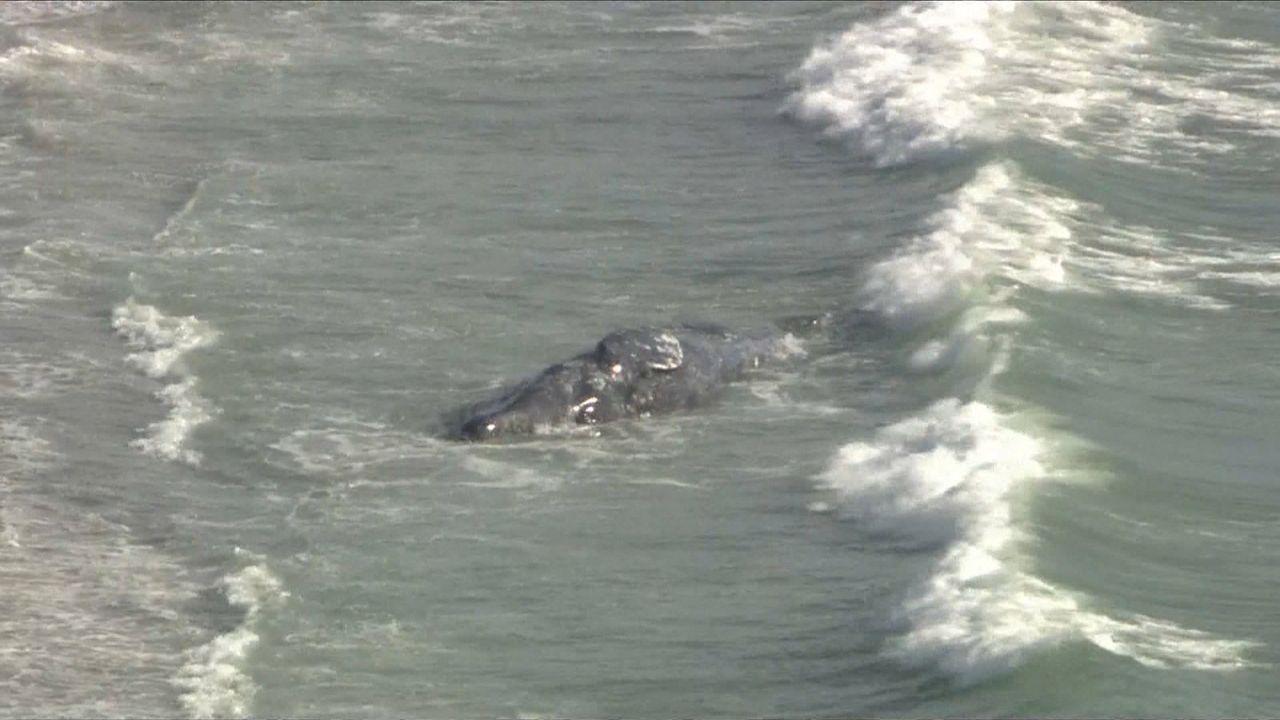 Lifeguards with the Los Angeles County Fire Department responded to the scene at about 4 p.m. The whale was alive for a time, but was thin and malnourished.

Peter Wallerstein, president and founder of Marine Animal Rescue, said the whale likely washed up because it was sick.

"When they get sick, they beach themselves to prevent from drowning," Wallerstein said. "But they don't know that beaching themselves is even worse because it puts a lot of pressure on their bodies."

County lifeguards and experts from Marine Animal Rescue and Marine Mammal Care Los Angeles tending to the scene initially left the whale in place on orders from National Oceanic and Atmospheric Administration Fisheries, which is responsible for the stewardship of the nation's ocean resources and their habitat, according to the LAFD.

Authorities hoped that leaving the whale for a tidal cycle would eventually return it to deeper waters, according to the LAFD.

"Any attempt to tow the animal would most likely result in critical injury," the fire department said.

Wallerstein said the whale's corpse will likely be left in place until Thursday morning, at which point investigators will perform a necropsy before it is towed away.