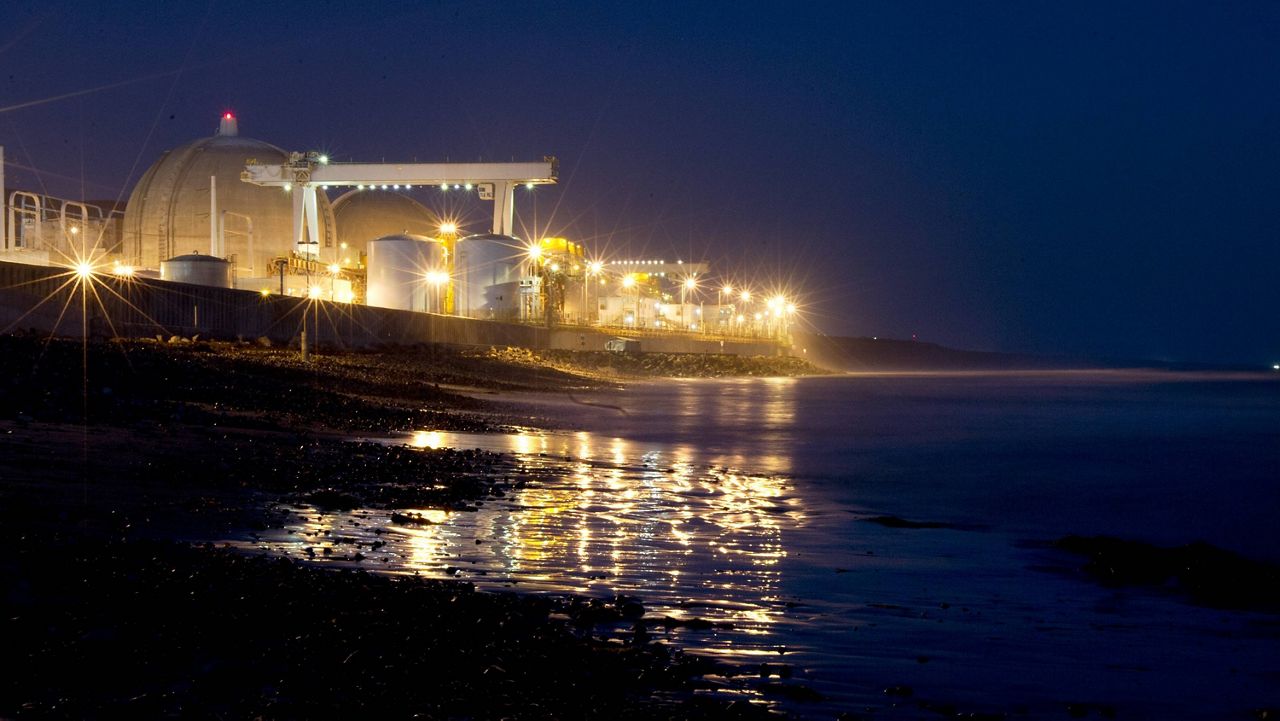 In Southern California, San Onofre is home to a nuclear power plant that has been decommissioned. Part of the decommissioning process includes releasing water that can consist of radioactivity from the plant into the ocean.

The last time the San Onofre Nuclear Generating Station, or SONGS, produced electricity for Southern California Edison, or SCE, customers was 2012. In 2013, the decommissioning process began.

Manager of Environmental Decommissioning Ron Pontes said that when the decommissioning process began in 2013, "there remained here several hundred thousand gallons of water stored in tanks, sumps, and so on."

"Some of that water was potentially contaminated with radioactivity," he said.

Pontes explains part of the decommissioning process includes occasionally having to get rid of some of the fluid. He said the process is called batch releases.  Last year SCE did about ten releases into the ocean. Pontes estimates the batch releases were "less than 20,000 gallons apiece."

Pontes said before any batch releases happen, the fluid is cleaned up "through a process of ion exchangers and filters. Then we move that water to a process tank. And we recirculate that tank."

He said it circulates until it's well mixed. Then a sample of the water is taken.

"We send it off, offsite, to a lab that has very sensitive instruments," he said. "And we measure the radioactivity that's in the water."

The sample must meet regulatory requirements before it's released into the ocean about a mile from the shoreline and 50 feet below the water's surface.

"A typical release that we've been making has a whole-body dose of .000007 millirem to a person," Pontes said.

For context, Pontes said if you eat bananas or potatoes, they contain potassium-40, a naturally occurring radioactive isotope. Ponte said, on average, people get about 14 millirems of radiation from potassium-40 every year.

"That compares to basically zilch or nothing from these releases," he said.

Some people, including surfers, are not convinced the batch releases are safe.

Carson Kropfl has surfed in San Onofre about a mile from the plant nearly every day since he was 5 years old. He said the thought of any radioactivity in the water being released in the ocean "kind of scares me. Really bugs me." The teen said he worries about the long-term effects of the releases. He's been surfing near the plant for a decade.

"And I'm here every time they release it," he said. "Will I be OK? Or will I have three eyes?"

The last batch release was in November of 2020, where SCE said approximately 84,143 gallons of water from the plant were released into the ocean.

SCE started providing a 48-hour notice to the public prior to a batch release in 2019, thanks in part to the Surfrider Foundation's efforts.

"There's no worry for surfers and people who are enjoying the water here," Pontes said.

He said the levels are so low there's no impact on the environment.

"We take samples of lobsters and crustaceans, and the water, and the beach sediment, and we find nothing," he added.

SCE said it will continue to test the environment until the batch releases are complete, which Pontes said will be at least 5-6 more years. SCE said 123 Nuclear Regulatory Commission licensed corrosion-resistant, stainless steel canisters of radioactive fuel remain at the plant. Pontes said those canisters are installed inside a thick concrete vault.

The utility said the vault provides shielding for radiation purposes and protects the canisters from environmental or seismic events. Pontes said the canisters have a life expectancy of 100 years or so.

He said it is up to the federal government to figure out where the canisters will be permanently relocated.