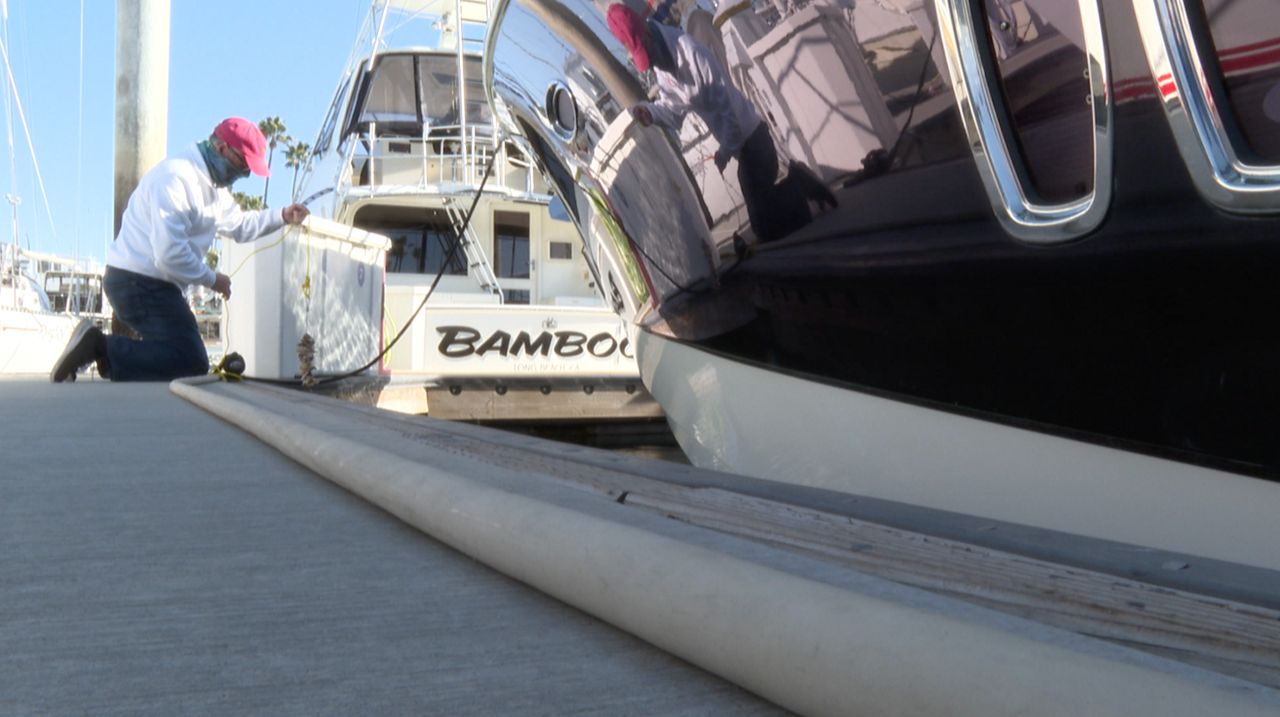 It's a string of Pacific oyster shells from local seafood restaurant garbage that has been cleaned and strung together. They could become a home for Olympia oysters.

After years of over-harvesting and habitat destruction, Olympia oysters have largely disappeared. The oysters like to settle on hard surfaces, so nonprofit Orange County Coastkeeper passes out shells to boat owners. Then in a few weeks, they'll take them back and deliver all the Olympia oysters to the Jack Dunster Marine Reserve, where the mollusks will be allowed to thrive on raised beds.

"As people have been separated from each other recently, this has been a way that we can have community activities together, but apart," Whitcraft said.

Olympia oysters are an important part of the food chain. They also filter the water.

"We're always on boats. We always go to Catalina. When you go to Catalina a lot, you look at the bottom and the water there is so clear. It's stunning, and you go, 'Why can't they do this here in Alamitos Bay?' And that's kind of one of the goals we have is to get the water as clean as possible here," Gehring said.

Seeing massive sewage spills and dumping off the coast, he said it's hard to know where you can help.

"Everyone has to do something, and no matter how little it is, it all adds up," Gehring said.