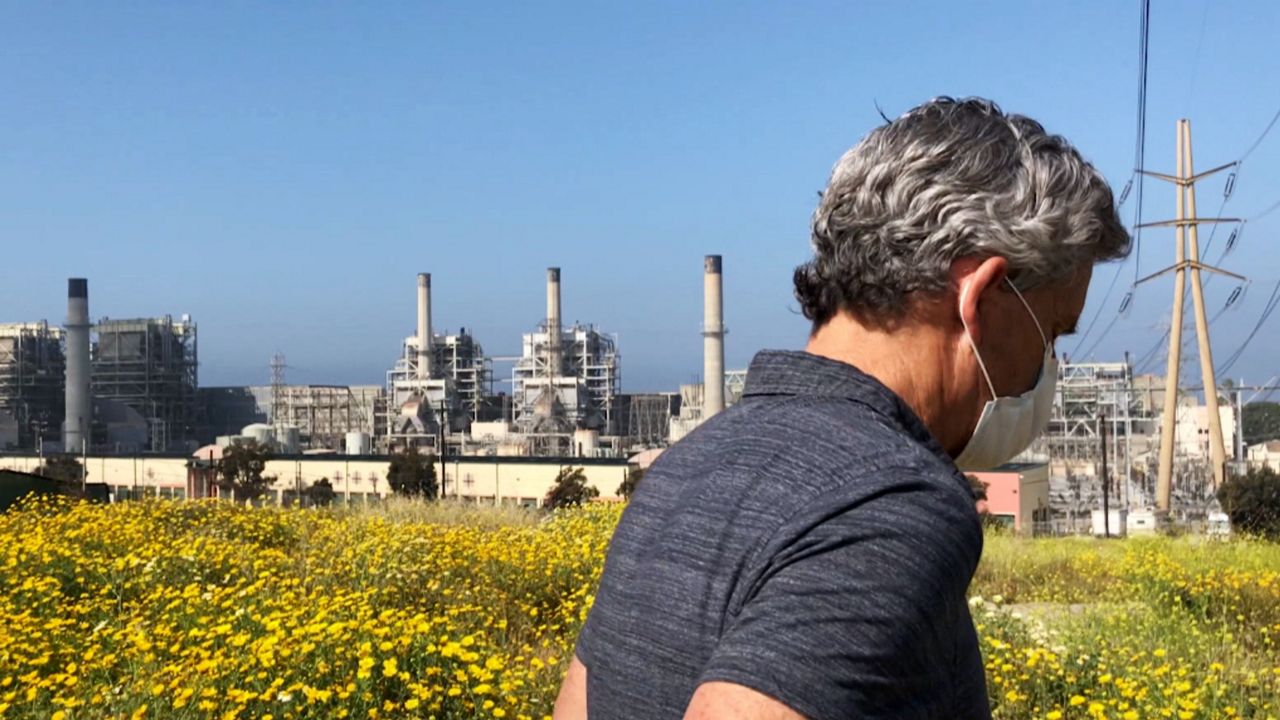 REDONDO BEACH, Calif. — When I first met Redondo Beach Mayor Bill Brand in 2018, I got the chance to see him do what he loves — surf the waves of the South Bay.

"The actual act of surfing is addicting,” Bill Brand said.

But these days are much different, and the only waters he's navigating through are being mayor during the coronavirus pandemic.

"We're all in uncharted territory, and we're all trying to do the best we can,” Brand said.

He’s also fighting to close the AES power plant that sits on his coast. It's a battleground he's been in for nearly two decades and the reason he jumped into politics.

Ten years ago, the plant was scheduled to shut down at the end of 2020, but now there's a looming threat — its retirement date could be extended.

"There's tremendous amount of opposition to extending this one anything beyond its scheduled retirement date,” the Mayor said.

California ordered coastal power plants to either shut down or stop using ocean water for cooling, which harms marine life. But state officials are nervous about grid reliability.

So now the 2020 retirement dates of Redondo Beach and three other local power plants will be decided by the State Water Resources Control Board when they meet for a hearing in July.

"What we really need now is grassroots activism and support to retire this power plant on time,” Brand said.

Just down the street in Hermosa Beach, Barbara and Ira Ellman are on their daily walk with their dog Hank.

After living in south Hermosa for over 30 years, they want to see this plant gone.

"The amount of dirt that comes out of this plant is unacceptable and it's unnecessary. Again, it's not even used to ten-percent of its capacity. What is the point? The point of it is that somebody wants to make money,” Ellman said.

The couple is planning to show their support by writing to the Water Board to demand this plant be retired on-time and are encouraging others to do so.

"I just think it's important that people pay attention. You have a voice and your voice makes a difference,” Ellman said.

Their voices will be added to a long list of opposition, which includes leadership like California State Sen. Ben Allen, Assemblymember Al Muratsuchi, and LA County Supervisor Janice Hahn.

But the loudest voice may be Mayor Brand's.

He is used to fighting and continues to do so despite having been diagnosed with stage 4 lung cancer nearly a year ago.

But public health and the future of open space this land provides is what he's been dreaming of his entire life.

"The community here certainly doesn't need this plant, if it's not needed for grid reliability, and that's what we believe and why we're pushing hard for them not to extend the retirement date,” Brand explained.

He’s hoping the Water Board will shut the plant down and the city and the South Bay can turn the page toward a new chapter.

Residents can email their comments to commentletters@waterboards.ca.gov. Write in the subject line of your email, “Comment Letter – OTC Policy Amendment.”

AES released the following statement from the President Lisa Kruger:

“We are committed to balancing the needs of the local community now and into the future. This means being able to keep the lights on in people’s homes and businesses in the short-term, while committing to a predictable and responsible transition for this beautiful 50-acre piece of California coastline. The ability to operate the Redondo Beach power plant for three additional years will achieve that goal by providing further funding to accelerate the site’s clean-up and ensuring a minimum of half the property is set aside for public open space.”