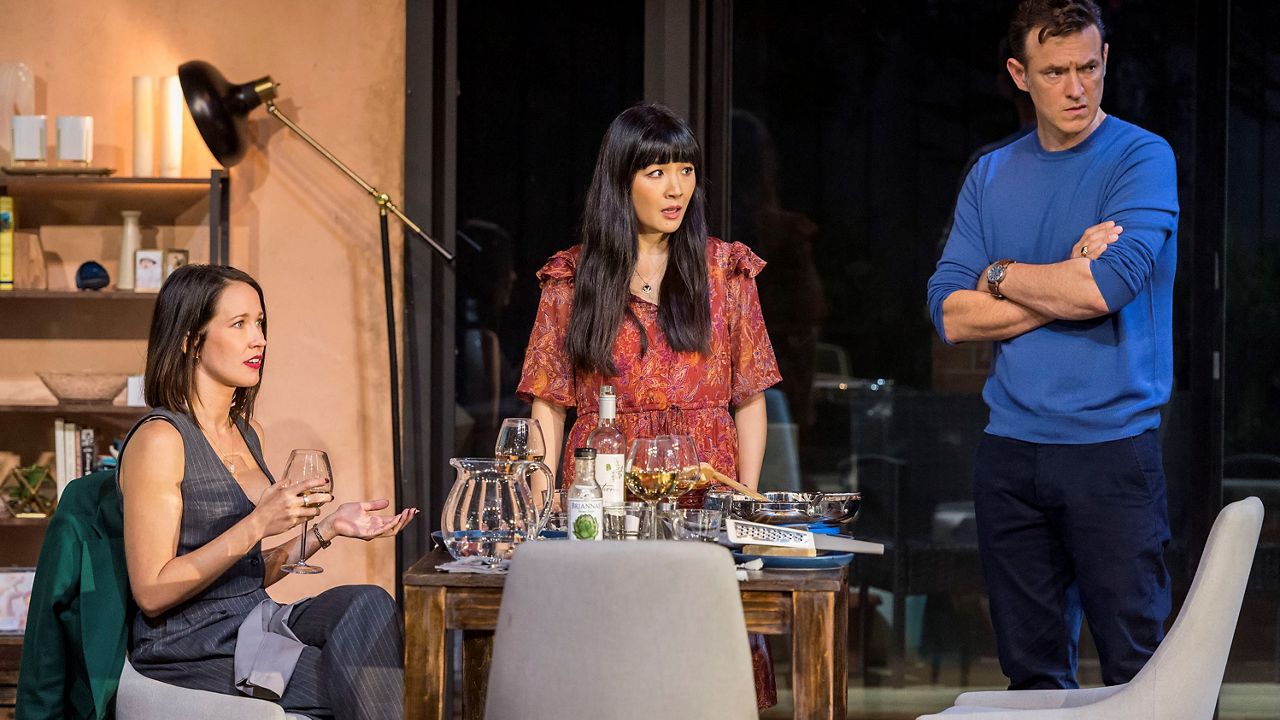 Ghosts take up residence in two LA theaters, some onstage...and some off

LOS ANGELES — Any theatre worth its salt has a ghost — the spirit of an actor or director who took their final earthly bow but is still reluctant to leave the stage.

East West Players in Little Tokyo are no different.

There have been quite a few spectral sightings over the years, including an old Japanese man, believed to be a former groundskeeper at Union Church, where the theatre is housed. He even communicated with paranormal investigators brought in not long ago, reminding them to plant some flowers.

Actor David Huynh didn’t hear this story until he was well into rehearsal for “The Brothers Paranormal.”

There are other stories, too. Figures spotted on the balcony while the doors were locked. Unexplained flashes of light. The presence of a young boy, sometimes heard crying.

“Either he will offer you a Kleenex or a napkin, or he will ask you for one,” Huynh said. 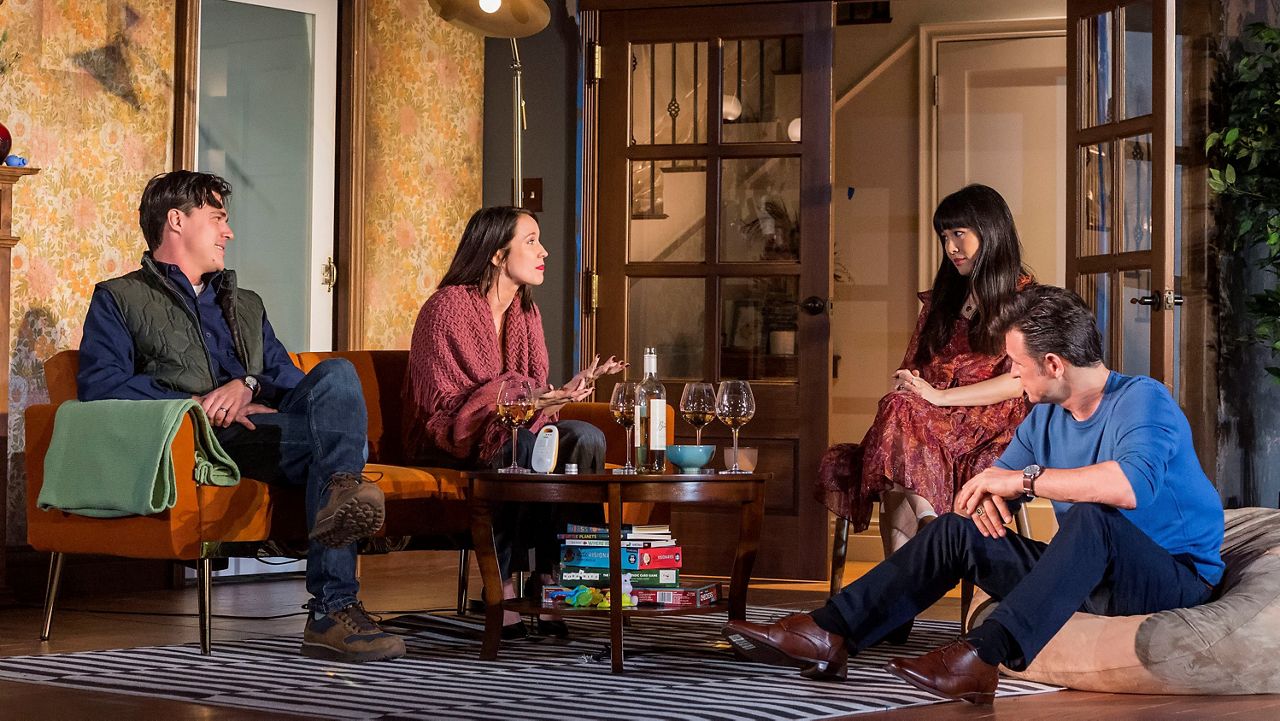 If you don’t have chills yet, you likely will after seeing “The Brothers Paranormal,” a story about a pair of Thai brothers who start a ghost hunting business. Their props include tools used by real paranormal investigators — legit devices used to detect a metaphysical presence.

“We do actually record during the show,” Roy Vongtama admitted, “to see if we do find something.”

This is Vongtama’s return to “The Brothers Paranormal.” The actor starred in the world premiere at the Pan Asian Repertory Theatre in New York City. In a way, though, this is a homecoming. The play was written by EWP alum Prince Gomolvilas, who did the original reading in one of the company’s writing programs a decade ago.

For Vongtama, an actor and a doctor who works part time at UCLA, this piece holds a special place in his heart. “It’s the very first Thai American production ever done on any stage anywhere,” he explained. “Everybody knows Pad Thai … and Thai food. But do you know anything about Thai culture? And so I’m really proud of it.”

This show features a lot of Thai influences and that includes a tradition of ghosts appearing in Thai cinema. But ghosts on stage are different, the duo says.

“It’s palpable. You can … you can feel us,” Huynh said. “It’s not like you’re watching a movie, where it’s just the visual. You can really feel the energy.”

That energy is also present a few blocks away, where another theatre is having an otherworldly moment of its own.

“2:22 — A Ghost Story” opened earlier this month and is jump scaring audiences right out of their seats at the Ahmanson.

The play stars Constance Wu as a new mom who believes her house is haunted. Her science professor husband isn’t buying it.

“When you say haunted, you make it sound like it’s not… real,” she shouts at him in front of their dinner guests.

For Finn Wittrock, who plays her husband Sam, the Music Center is his old haunt. A graduate of LACHSA, his high school graduation was held in the Dorothy Chandler Pavilion and he saw many shows at the Taper and the Ahmanson.

“It’s always like been… a great destination that someday I’ll be able to work here,” he said, sitting in the Founder’s Room, “and today’s the day.”

On stage, he’s a skeptic. In real life, though, he was brought up believing in ghosts. His father once worked at a place called the Mount in Western Massachusetts, where unexplained things were known to happen.

“He woke up one night and his lamp was on and his books had been rearranged,” Wittrock recalls, “and he had not done any of that.”

Like “The Brother Paranormal,” the actors in “2:22” love how interactive the show is. The Ahmanson has over 2,000 seats and when an audience of that size reacts to something, you know it. 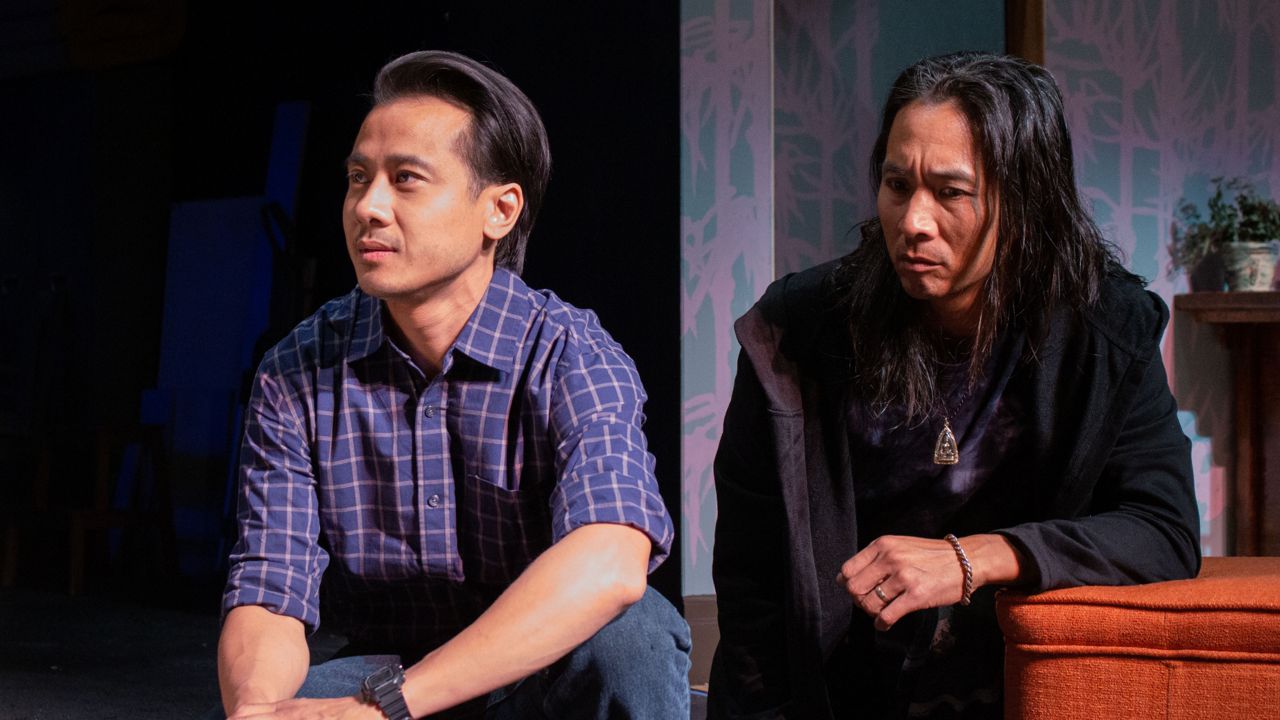 Huynh and Vongtama say what makes ghost stories so effective on stage is that there’s really no escape. You can’t lower the volume. You can’t turn on the lights or bury your face under the covers. And while everything you see and hear is theatre magic — both show feature lighting and sound design at its most effective — one of the central questions of “The Brothers Paranormal” may haunt even skeptics.

“Do you have to believe in ghosts to see ghosts?” Vongtama asked.