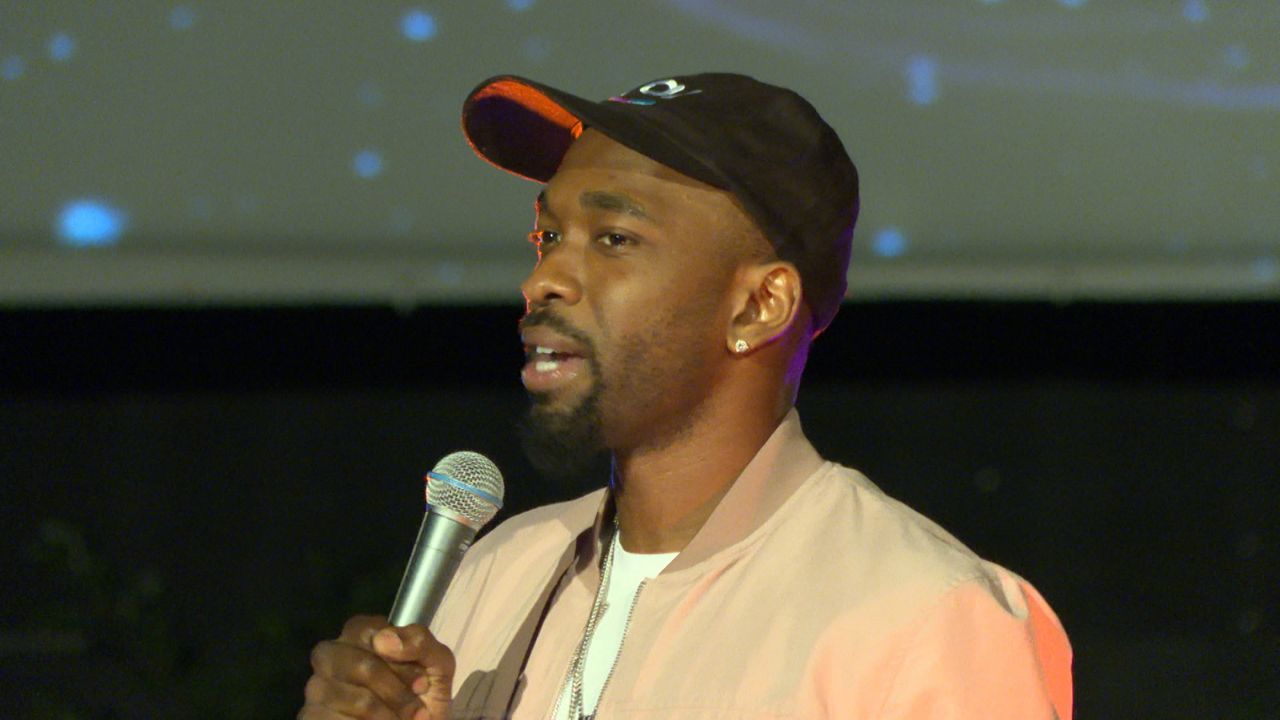 HOLLYWOOD, Calif. — After a long hiatus, stand-up comedy star Jay Pharoah is back to his regular routine of hitting the club circuit, making audiences laugh again.

“It was such a victorious feeling, bro, because I can tell jokes a million times to myself,” Pharoah said. “But telling jokes in front of a crowd and having them understand and appreciate it, and clap, applaud and laugh for it, that’s where the artist gets the gratitude from.”

He recently performed on stage at the Supernova Comedy show in Hollywood. For most of the pandemic, Pharoah had nowhere to perform because venues across the country were closed down.

“You feel like an oversized dog in a small kennel,” the comedian explained. “You got your fur popping out of the cage. You’re just like 'uggggggghhhhh, grrrrrrr, poof!' You’re ready to explode.”

As it was for most, 2020 was a year full of challenges for Pharoah, not just because of COVID, but due to the racial reckoning America underwent. One month before George Floyd was murdered, Pharoah had guns drawn on him by police while jogging in Los Angeles.

“They were like ‘you fit the description of a Black man in gray sweats and a gray shirt.’ And I’m like, 'you mean any Black dude in LA?'” he recalled.

For the first time, Pharoah knew he had to address social justice in his comedy.

“I have a responsibility now to say something,” he said. “God has put in my hands to do so.”

Seeing comedy venues coming back online has been liberating for Pharoah. It's not only provided him with a chance to perform again, but also to watch his comedian peers step up to the mic.

Supernova moved its comedy show from indoors to outdoors with its staff making sure to follow all mandated COVID safety protocols.

Despite the pandemic, Pharoah has kept busy with his Nickelodeon TV show, shooting a movie in Africa and various other projects. But nothing thrills him more than being back on the stand-up stage.

“This is my number one home. This is my first home,” he said.