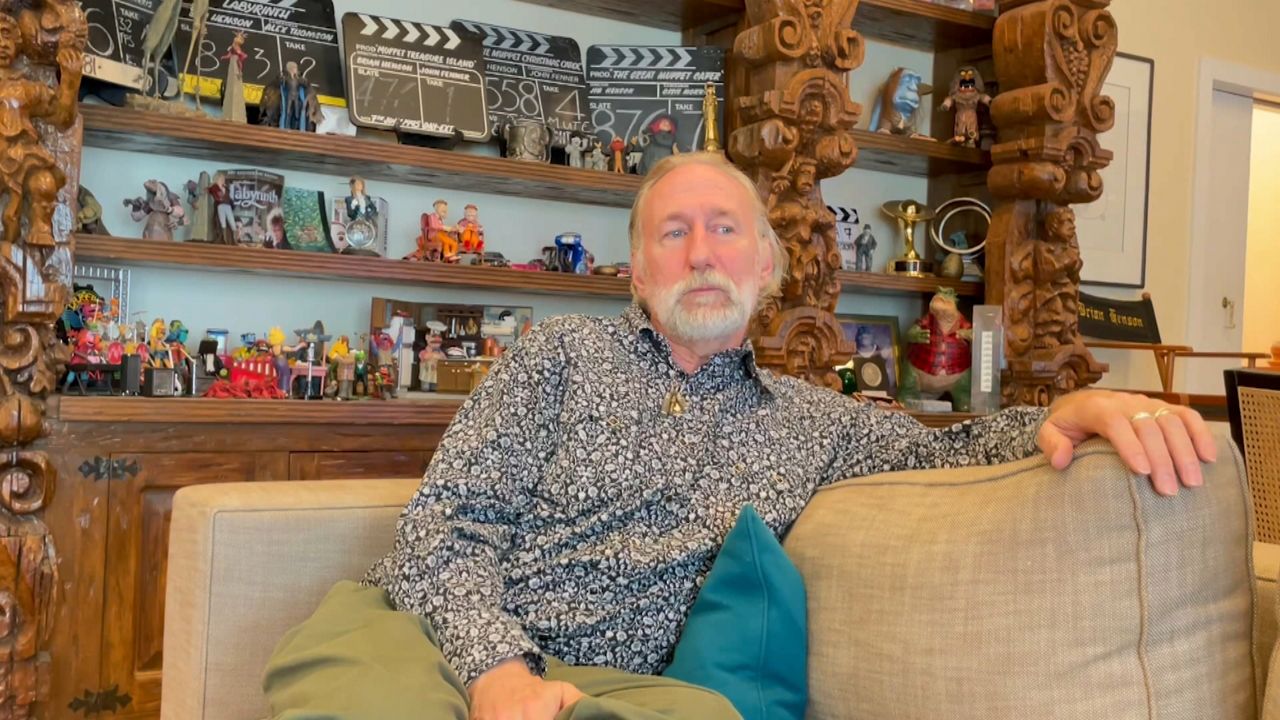 LOS ANGELES — The film accomplishments are just a few memories Brian Henson has to cherish in his journey working with his father, the iconic Jim Henson.

Reflecting on his dad's work in creating the "Muppet Babies" and more, Henson explained how his father was always creating with a forward-thinking mindset.


"My father has a really interesting and exciting legacy in that he really emphasized innovation, not doing things the same way twice," said Henson.

The way Henson's father did things was always cutting-edge, from the creation of Kermit the Frog to the production of the "Dinosaurs" show. As Henson showed precious memorabilia from past shows, he spoke of a new show, "Earth to Ned," that's been picked up by Disney+. This time, it features aliens.


“It’s a really cool project, a really cool show that Disney+ really got on board and let us do it right," said Henson. "The idea was to do a talk show."

As Henson explained, from past shows to new ones, there's one thing his father instilled in him and everything that the Jim Henson company creates — and that is the joy in celebrating our differences.

“I think there is sort of an arcing message to all of our work that is kind of saying, you need to celebrate life, celebrate each other for our differences, not our similarities. And that that’s more exciting.”