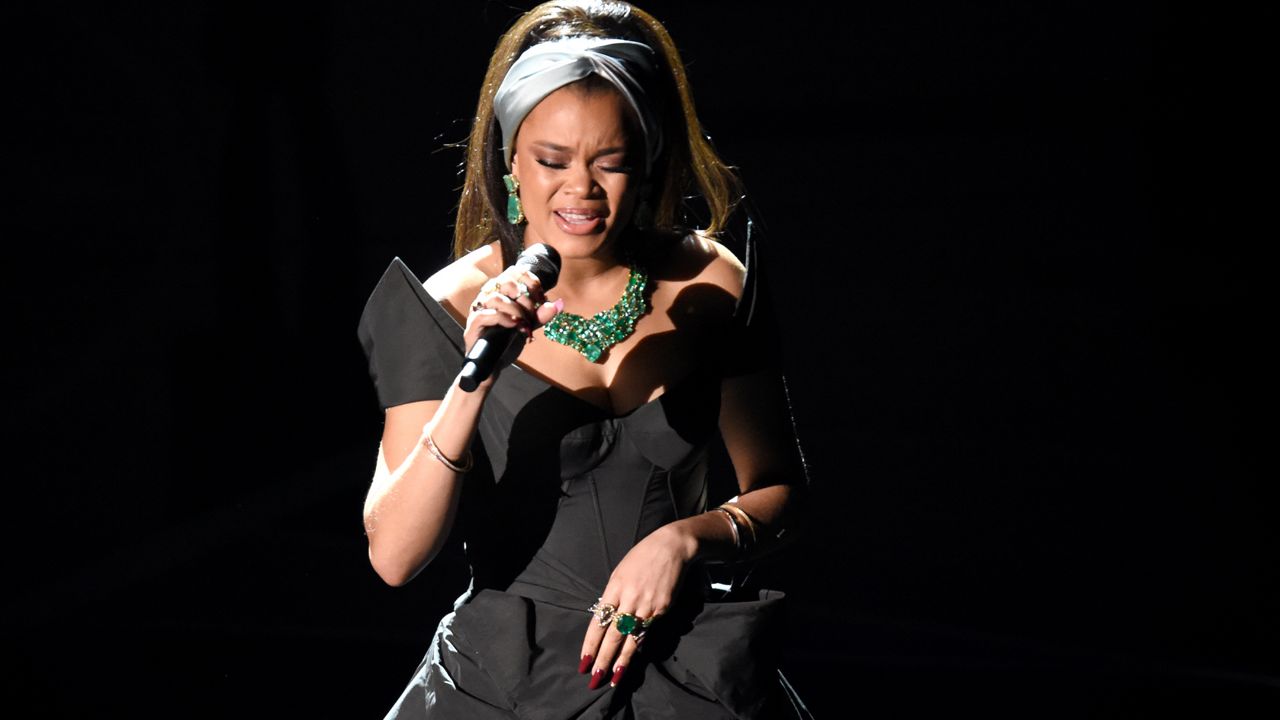 Andra Day performs "Stand Up For Something" from the film "Marshall" at the Oscars on Sunday, March 4, 2018, at the Dolby Theatre in Los Angeles. (Photo by Chris Pizzello/Invision/AP)

LOS ANGELES — The life and legacy of Billie Holiday are being reintroduced to viewers in the new film The United States vs. Billie Holiday.

Grammy-nominated singer Andra Day took on the role of the iconic jazz singer, and has now received two Golden Globe nominations for it, including Best Film Drama Actress, and Best Original Song.

“It just reminds that if you really have faith, and you put in the work, you know even when you’re dealing with people, you conduct yourself with integrity, love and care, and you desire for everybody in the space to be seen and to win, your faith matters, the work you put into it matters, your character matters,” Andra Day said.

The real-life character Holiday is given new life through this Lee Daniels film. The legendary jazz singer, known for creating controversy at the time by addressing racial injustices through her music, inspired Andra Day with a new dimension of strength.

“Yeah, it's extremely motivating to realize that this woman, who was so broken, who, so much had happened to her, was not a victim in her mind, and fought so ferociously and fearlessly,” she explained.

While Holiday pioneered civil rights even before the era of Martin Luther King Jr., Day says the film shows viewers how much more work still needs to be done here in the United States to create a truly equitable and compassionate society.

“If Billie Holiday could do it in the 1930s, and '40s and '50s, even unto her demise, then not only can we do it now, we have to do it now. And not just because we’re artists, but because we are human, and it matters to do the right thing.”

The film will premiere on Hulu on February 26.

The Golden Globes will take place Sunday, February 28 at 5 p.m.