BEVERLY HILLS, Calif. – If every object tells a story then Prince’s Cloud 2 Blue Angel guitar, which the legendary pop star started playing during his 1984 Purple Rain tour, and Kurt Cobain’s 1959 Martin D-18E guitar, played during Nirvana’s MTV Unplugged concert, are like War and Peace, they are epics!

These legendary guitars are the star lots at Julien's Auctions this month and Executive Director Martin Nolan says they could fetch record-breaking prices. This auction is also the first in-person event since the pandemic shut things down.

“We will have people in the room so it's a live auction,” said Nolan. “The auctioneer will be here. Our employees will be here, social distancing, masks, gloves.”

Nolan says buyers aren't just looking for objects, they're looking to buy memories. Nirvana's 1993 MTV Unplugged concert was a legendary moment in the band's history and Nolan said that's why Cobain’s guitar is treasured and why bids will likely be unprecedented.

“[It could fetch] over $3 million, which would be a world record,” said Nolan.

But in our current time of economic uncertainty, why are people investing in memorabilia?

“It's a tangible asset,” said Nolan. “They can tell stories about it from morning to night. You're owning something that in years to come will appreciate and you can sell for more than you paid for today.”

While Nolan came out of the Wall Street world originally, he says there are parallels here in the world of high-stakes auctions. Instead of trading in stock though, now he trades in pop culture iconography.

“Auctions [have been] around for over 1,000 years,” said Nolan. “It's one of the oldest forms of commerce and what I harvest is the stories. That's what I love. To help authenticate and prove that this was the Cloud 2 guitar played by Prince from the Purple Rain tour to Diamonds and Pearls.” 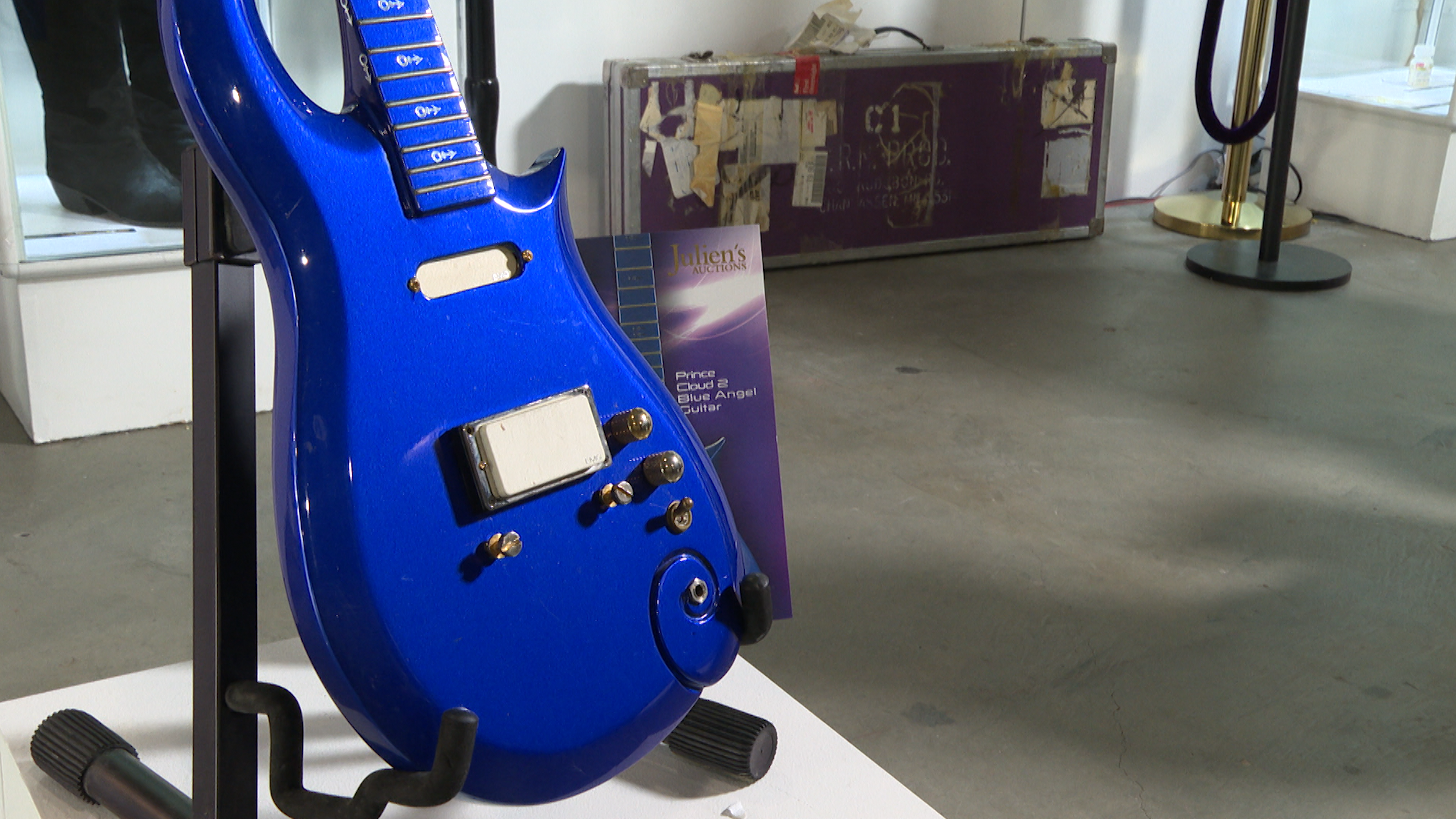 Nolan says he also loves the drama these auctions bring. It's theater of the highest order and the stakes are enormous.

“It's entertainment. It's rock and roll. It's an event, so everyone is welcome,” said Nolan.

The auction includes a wide range of rock n’ roll memorabilia, items from Madonna and Elton John to Johnny Cash and Liberace. Something for every taste.

“That's historic in itself,” added Nolan. “This is the last time this amazing collection will be in one place.”

Nolan said many of today’s collectors grew up with the artists represented at auction, and now have the money to buy a piece of their history. Judging by the record-setting bids, for some, price is no object.

Auctions are Friday and Saturday, June 19 & 20 at Julien's Auctions in Beverly Hills.

Some of these items like guitars from Kurt Cobain and Prince and wardrobe from Johnny Cash are set to fetch record prices this weekend at auction despite a world in economic crisis. Why do collectors do it? Find out on #spectrumnews1socal #kurtcobain #prince #johnnycash #juliensauctions