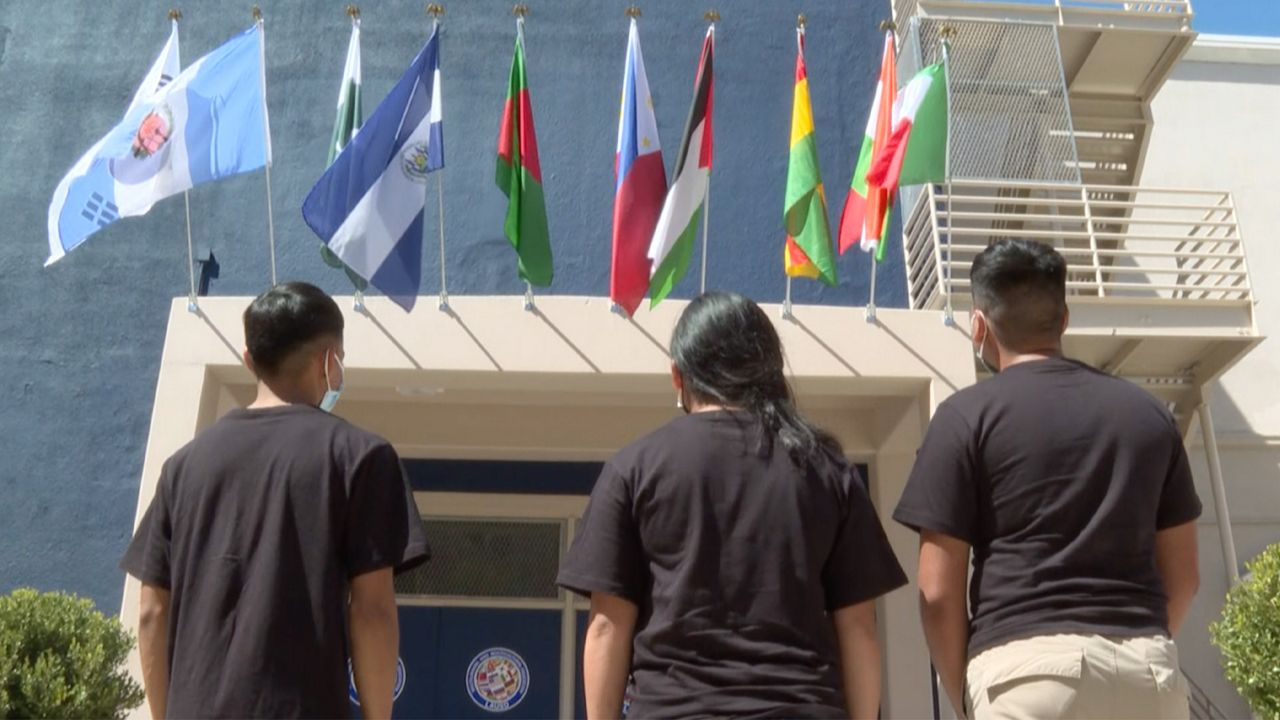 New school teaches migrant youth from around the world

LOS ANGELES — A new school in Los Angeles was launched exclusively for migrant and refugee children.

The Internationals Network Academy educates the growing population of young people from around the world who migrate to Los Angeles. The academy is on the same campus as Belmont High School and serves students like Carlos Gonzalez, whose journey to the classroom stretches thousands of miles.

Gonzalez traveled alone from El Salvador less than a year ago through mountains in Guatemala and along train tracks in Mexico to escape being recruited into criminal activity. He crossed the border in San Diego and came to Los Angeles at 17 years old.

Now he's one of 100 students in this new academy for immigrant students, which launched in August in partnership with the Los Angeles Unified School District.

Nearly 3.5 million immigrants call LA home, and 1 in 14 are children, according to USC research.

Learning is designed to support immigrant and refugee youth, and their personal narratives are central to the classroom. They learn English and essay structure.

Principal Elsa Mendoza said teachers and staff are trained to serve the unique needs of immigrant students who originate from countries in Latin America, Africa and Asia.

"Pick a country and imagine if we just plopped you there and it's your first day of high school and you don't speak the language and you're not, you know, you haven't lived in that country, and imagine all the things you would be dealing with," Mendoza said. "We really put ourselves in the shoes of our students."

Students receive counseling, tutoring and help with medical needs. Right now, the academy is ninth grade only, with plans to expand next year.

Gonzalez is now 18 and in the ninth grade. He had the option to attend adult school but chose this school. He says he's glad he did because it's a privilege to learn where everyone is treated as an international student instead of an immigrant child.

All students have the option to attend the academy or a traditional school.

According to the California Department of Education, 84% of California students graduated from high school in 2020 compared to 69% of English learners.

Just over 18% of California's students are English language learners.