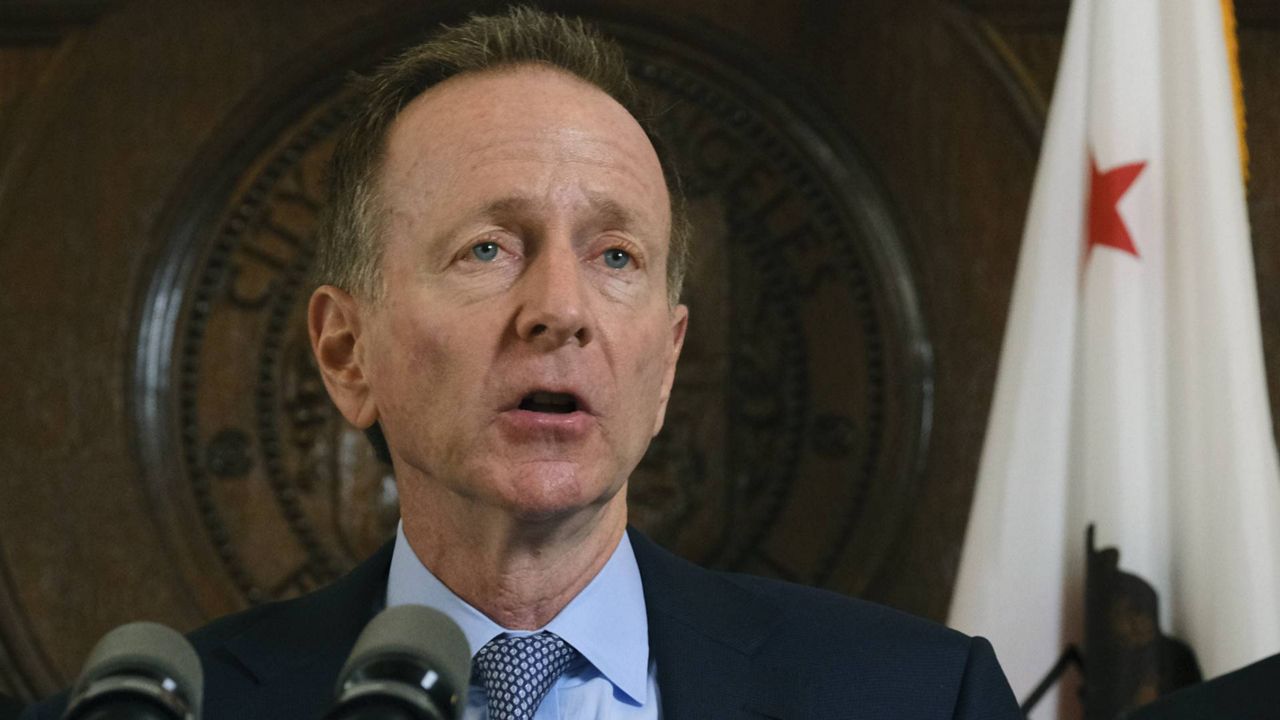 LOS ANGELES (CNS) — Los Angeles Unified School District Superintendent Austin Beutner will step down when his contract expires June 30, he announced Wednesday in a letter to the district's Board of Education, saying the role is "the most rewarding job I've held during my nearly 40-year career."

In the letter, Beutner asked the board to allow his contract to expire "as planned," saying that a "new superintendent should have the privilege of welcoming students back to school in the fall."

Beutner has been LAUSD's superintendent since May 2018. He suggested that the board could quickly find a replacement from within.

"I will remain focused on the task of ensuring that schools reopen in the safest way possible while helping in a seamless leadership transition," he wrote. "I believe the next superintendent of Los Angeles Unified can be found amongst the current team and she or he will be well placed to continue the progress at this critical time. The leadership ranks of Los Angeles Unified have never been stronger and I know you share my gratitude for the commitment of the women and men who answer the call to serve in public education."

Beutner's departure caps the most tumultuous year in the district's history, with all campuses forced to close due to the COVID-19 pandemic and all classes turning on a dime from in-person to online. Beutner also shepherded the district through a teachers' strike in 2019.

"The past three years have presented LA Unified with unprecedented challenges," he wrote. "I'm proud to say we've risen to the occasion and grateful to have worked alongside so many who are deeply committed to helping children. It has been my privilege to contribute to work that reinforces one of the greatest achievements in human history: a free public education for every child. Education creates a path out of poverty for many of the children we serve and the promise of greater opportunity for all students.

"Education is fundamentally about what's next. And I am optimistic about what's next for students and their schools in Los Angeles Unified. All of us have a duty to contribute what we can in the time we have -- to ensure that those who follow have the opportunity to succeed in school and in life."

The Board of Education has had multiple closed-door discussions regarding Beutner's employment in recent weeks, given the pending expiration of his contract. The board members issued a joint statement thanking him for his "dedicated service to the students and families of LA Unified," particularly during the pandemic.

"The superintendent will continue to work diligently to support our students and schools through the planned end of his term on June 30," according to the board. "While we are disappointed that he will not continue to serve as superintendent past that date, we sincerely wish him and his family all the best. The board remains committed to providing a high-quality public education to every child in Los Angeles and, as part of that work, will embark on a robust and equitable search process to find our next leader."

Beutner, 61, has been a lightning rod for criticism since he was hired. A businessman and investment banker by trade, he had no experience in the educational field when he took the job. His hiring was lambasted by the United Teachers Los Angeles union, which said he had a history of making money by consolidating businesses and laying off workers.

Even some LAUSD board members objected, including Scott Schmerelson, who said Beutner "has never taught in a public school, never managed a public school, has no instructional background and has never worked for a school district of any size."

And yet, Beutner, who served as a Los Angeles deputy mayor under Antonio Villaraigosa, was hired anyway, with proponents saying he had the business acumen to lead a district facing financial woes and severe underfunding.

Although he continued to butt heads with the teachers' union during his tenure, Beutner has earned generally high marks for his leadership during the pandemic and efforts to upgrade safety measures at campuses to prepare for a return of students.

The district continued to feed students and their families during the campus closures, doling out more than 123 million meals through pickup locations at schools. He also spearheaded efforts to open a mass vaccination site for education workers at SoFi Stadium in Inglewood.

"As the son of a public-school teacher and the product of a great public education, it has been an honor to serve as superintendent of Los Angeles Unified for the past three years," he wrote in his letter. "It is the most rewarding job I've held during my nearly 40-year career."

He said he had been considering the board's offer for a contract extension, and his letter lists an array of accomplishments he said were achieved during his tenure.

"By putting students, their schools and the communities we serve back at the center of everything we do, we have regained the trust of teachers, school staff and families," Beutner wrote "Educators in schools throughout Los Angeles Unified have proven that we can break free from some of the past practices which stood in the way of progress. This newfound ability to try different approaches to help students will continue to bear fruit. The combination of renewed trust and the ability to make change for the better provide the foundation for a successful reopening of schools, and they will be the seed for continued progress in the years to come."

Beutner served for about a year in Villaraigosa's administration, filling in at one point as interim director of the Department of Water and Power.

He ran for mayor in 2012 when Villaraigosa termed out, but his campaign never caught on and he dropped out early.

In 2014, Beutner co-chaired the 2020 Commission, which made recommendations for the future of Los Angeles. He then became publisher and chief executive of the Los Angeles Times but was fired after a year over disagreements about the newspaper's direction.

He served on the LA Unified Advisory Task Force created under then-Superintendent Michelle King to help meet goals in the district's strategic plan and "to foster a culture of change in which we identify opportunities and embrace solutions to close the achievement gap."