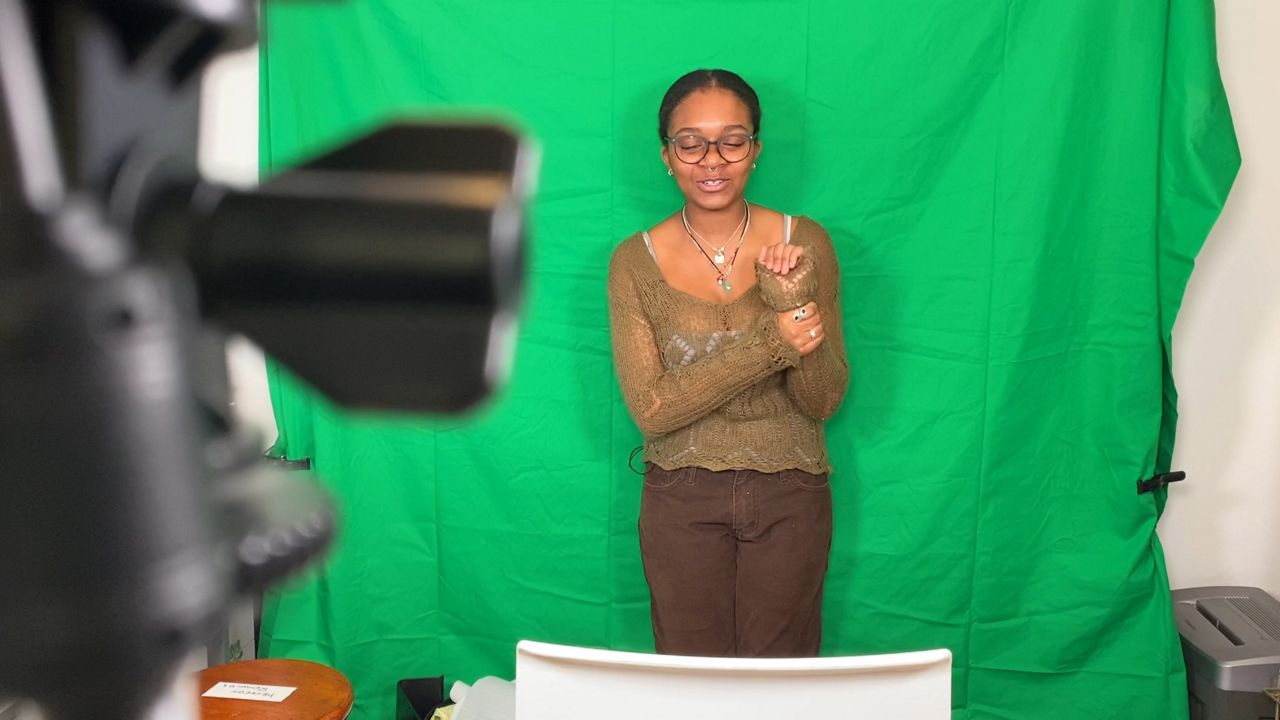 LOS ANGELES — “Welcome aboard Celebrity Slave Ship,” Kennedy Reynolds beamed, her smile as bright as the three large LED lights set up in front of her. Reynolds is a Junior at Oakwood School and was in the midst of rehearsal for her first high school play.

Of course, she won’t be appearing on a physical stage. Instead, she and the rest of the cast were sent enough equipment to set up mini production studios in their homes, allowing them to rehearse and ultimately perform a virtual, live-streamed production of George C Wolfe’s The Colored Museum.

This experience, though, goes far deeper than just acting in a show.

“I’ve never seen a school anywhere do anything like this, no matter what kind of school,” Reynolds said of the play which she describes as “just informing people about Black struggles throughout history in America.”

Wolfe’s play is a series of often satirical vignettes about the African American experience. In one scene, Reynolds plays a cheery flight attendant demonstrating how passengers should shackle themselves to prepare to travel the Middle Passage.

“The Captain will turn off the ‘Fasten Your Shackle’ sign,” she chirps, before asking the passengers to refrain from call and response singing, “as that kind of thing can lead to rebellion.”

The playwright described the work as both “an exorcism and a party.” But for Oakwood High School theater teacher Javier Rivera, it’s also a chance to correct a glaring omission.

Last year, he says, the entire faculty at Oakwood School – which has a predominantly white student body — was given a homework assignment: read the 1619 Project about the consequences of slavery in the United States and then reevaluate their own curriculum through that lens. This long, hard look was taken across all disciplines, including math, science, and literature.

The goal, he explained, was to “make sure that the students of color in the classroom are seeing themselves reflected in the lessons that they are teaching.”

For his department, Rivera felt they needed to do not just a play by a Black playwright but one featuring a cast of Black identifying students – with other students welcome to take on other production related roles – from costume and lighting design to stage management.

“This is Oakwood’s high school production,” he told students who may have felt excluded from auditioning. “It is for you, but this year you have to recognize your privilege and realize we are asking you to step aside and let our Black identifying students rise to the top.”

Rivera said the administration supported him completely as did a vast majority of the students and their families, but he admitted, he did get a few emails asking him to reconsider the plan.

“Yes, we did have pushback because we live in America,” he said, adding that in those cases he would set up a Zoom meeting and discuss the concerns face to face.

In the end, he said all of the students were on board.

“They said, ‘you’re right. My classmates deserve that chance,” he recalled, “and if that’s not a lesson, I don’t know what is.”

Rivera also followed his own lead. This is usually the slot he directs but he encouraged the school to hire guest artist Herb Newsome to helm this production. Newsome said he and the students went through every line of the play and discussed the history behind each reference.

It’s not necessarily a history students anywhere are really taught and that, he said, has been an ongoing problem with education.

Framed against her green screen, Reynolds said she’s grateful for this opportunity to tell these stories and give students and audiences a different point of view from the one they are used to.

“Usually it’s just one note in a textbook,” she said, “and I think that’s very important to get different perspectives and see how different groups feel because there’s always going to be a different side of history.”

Rehearsing in front of a Rosa Parks doll, she knows the education she is getting through this play is unique. The subject matter may be difficult and uncomfortable, but that’s all the more reason to bring it into the light.

The show will be live streamed February 18-20. Tickets are free. For more information, click here.