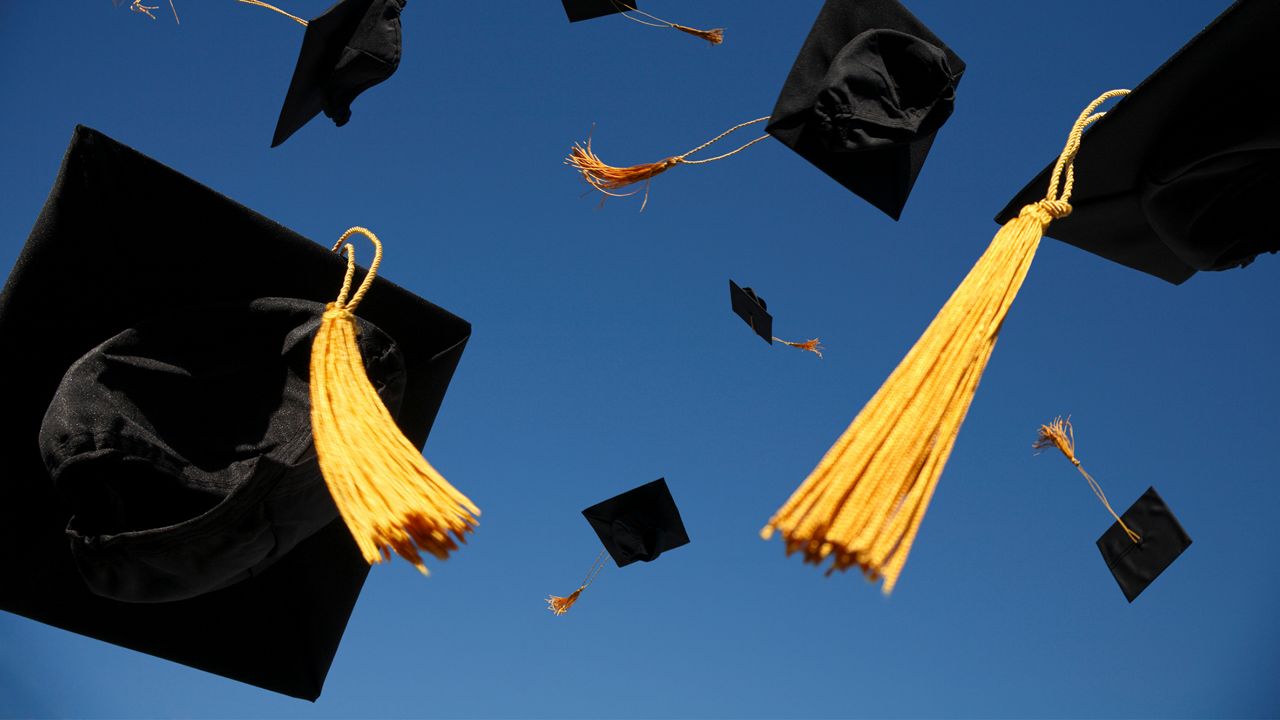 The Tradition of the Turning of the Tassel

Graduation time is upon us.  It's full of traditions, like the graduation cap.

But what about the tassel?

What's it for? What does it do, or signify?

To find out, let's get virtual!

It starts with the modern-day cap used by Graduates which is thought to be a distant relative of  a the 'biretta,' a rather odd-looking hat used for over a thousand years. Initially it was meant as a way to show that you were educated or had a clever brain, Oxford and Cambridge Universities used them years later. But before that, before the universities in England existed, the caps were used by religious leaders of Catholic and other churches throughout the world.

So a 'pom; or 'tuft' as the tassel was also known was added to the biretta or cap later some times to denote a difference in “rank” in the church but they were also used like that in the military too..with different colors denoting different skills or levels of achievement much like they do in some graduations today.

So what of the tradition of turning the tassel and where exactly should you put it?

Generally here in the states tassels are worn on the right side of the cap before the ceremony and are then moved to the left side to indicate that the wearer has passed from one level of learning to another like a diploma at high school or undergraduate degree - but they stay on the left and don’t move for a college master degree or doctorate! Clever huh?

And all of that usually to the tune of "Pomp & Circumstance" by Radiohead, I mean Elgar, a British composer whose music was adopted for this sort of thing after he received an honorary doctorate at Yale in 1905.