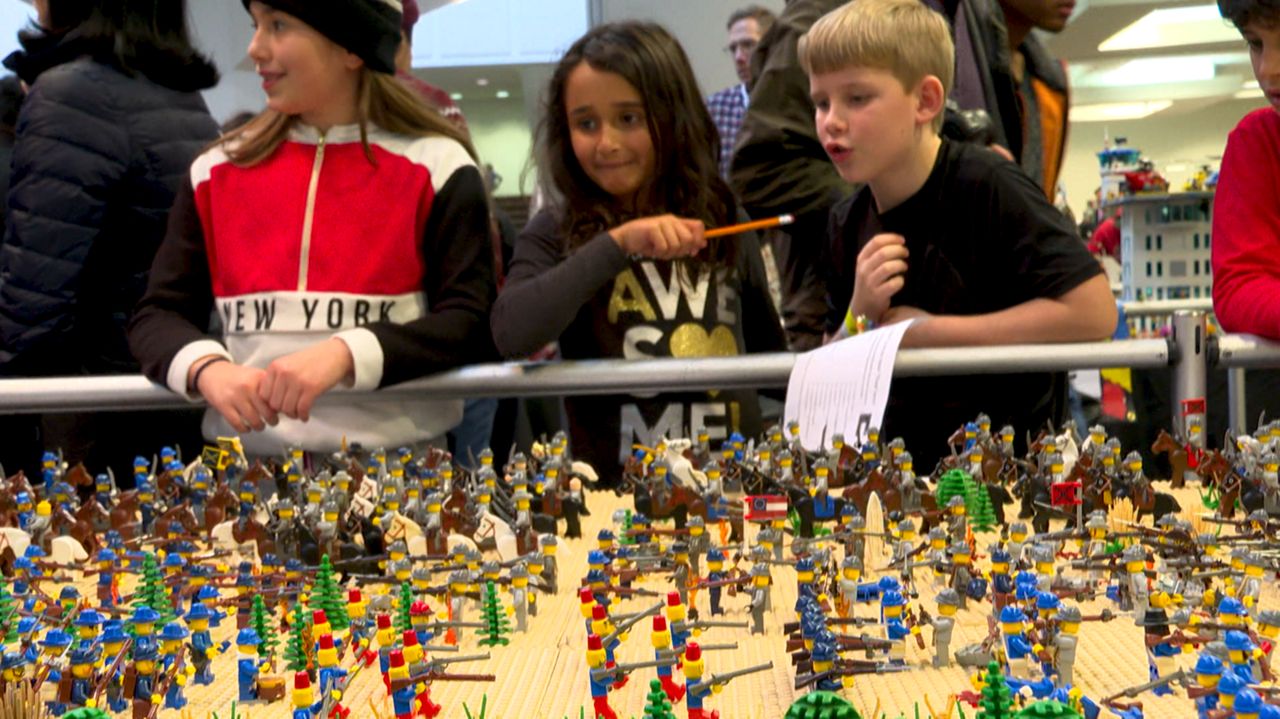 You’d think it would be all about the kids at a Lego convention, and it is. For instance, there’s plenty of workshops like this one, but it’s the adults that really shine.

Lego Ambassador for the Inland Empire, Suzy Lentchner is teaching Brick Building for Beginners to a class of 4-6 year olds.

A resident of Ontario, this is her fifth visit to Bricks LA and she’s here to share or show off her massive civil war reenactment made entirely out of Legos.

“This is a typical civil war hospital,” said Lentchner. “The ammunition they used were called miniballs and they exploded and they shattered the bone so whenever someone got shot in the arm or leg, they had no choice but to amputate.”

Every one of Lentchner’s models comes with a lesson. One model was inspired by President Abraham Lincoln’s birthday.

Lentchner didn’t start building with Legos until well into adulthood. When she realized Legos could help her son to better manage his asthma, they got into it as a family. Now, building Legos is helping her cope with her own medical conditions.

“I have some serious illnesses and I can't do a lot of things that I used to do. I can't go hiking with my scouts anymore so I build Lego instead.”

A boy scout leader for over 20 years, she was heartbroken when she could no longer join her sons for outdoor activities, so she turned to brick building with a twist.

“I get to teach them to love history and to love learning about history and that's really exciting,” said Lentchner.

“Kids come up to me and tell me that they're going to go home and get on their computer and look up the Civil War to see if they can learn more about it because I got them excited about it and to me that's the payoff.”

She's traveled through all 50 states showing off her Civil War reenactment and inspiring future historians to build.