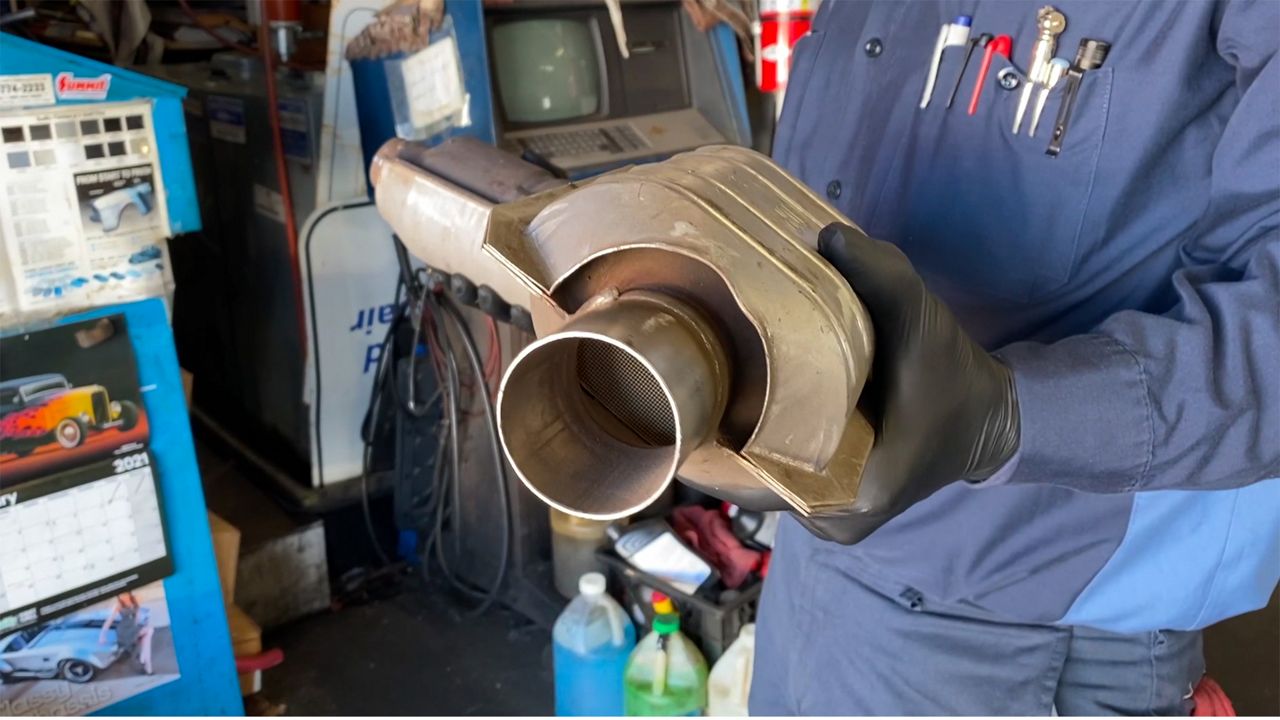 WEST LOS ANGELES, Calif. – A few days before Christmas, Jenelle Hardwick was at home in her apartment when she heard a sound outside her window, coming from the carport below. “I heard some kind of ruckus downstairs and then I heard a 'ker' sound and instantly, I knew what it was,” Hardwick said.

She says neighbors in West Los Angeles warned her of recent catalytic converter thefts. It turns out, that’s what exactly what happened to her car and it was caught on video – thieves driving to the back of her apartment building, using a car jack to lift her 2006 Prius and cutting off the catalytic converter. The video shows it took thieves only seven minutes to steal the part.

When Hardwick turned on her car, she heard an unmistakable loud roar.

By law, the part must be in cars to convert pollutants into less harmful emissions but detective Justin Malcuit with the LAPD West Bureau says thieves also want them for their precious metals, including palladium and rhodium. The converters can be sold to scrap metal recyclers for up to a few thousand dollars.

The LAPD West Bureau has seen a 320% increase in catalytic converter thefts from March 2020 to December 2020 compared to the same time frame in 2019. Across the city of Los Angeles, there was a 138% increase in these thefts. Detective Malcuit says as more people work from home, they are leaving their cars parked outside for days, providing more opportunities for thieves.

“They are mainly Prius’,” Morris said. “There are Jeeps getting attacked and other types of Toyotas like 4Runners and the four-wheel drive trucks.”

Morris says a new catalytic converter costs about $3,000 and insurance may not cover it. It takes anywhere from a few days to a week to replace and he has customers who returned because their catalytic converters were stolen twice. He says one way to protect against future thefts is to install a special shield. The LAPD recommends parking your car in a secure spot, such as a garage, or in well-lit areas with surveillance cameras. Another option is to install a dash camera in your vehicle.

Hardwicks says the thieves who attacked her car haven’t been caught yet. In the meantime, she’s trying to find out whether her insurance company will cover the $3,300 to replace the catalytic converter. Her car is currently worth $1,500.

She says thinking about what happened still makes her blood boil. “Not my baby car, I love that car,” she said. Hardwick hopes by sharing her story, others will be on the lookout.