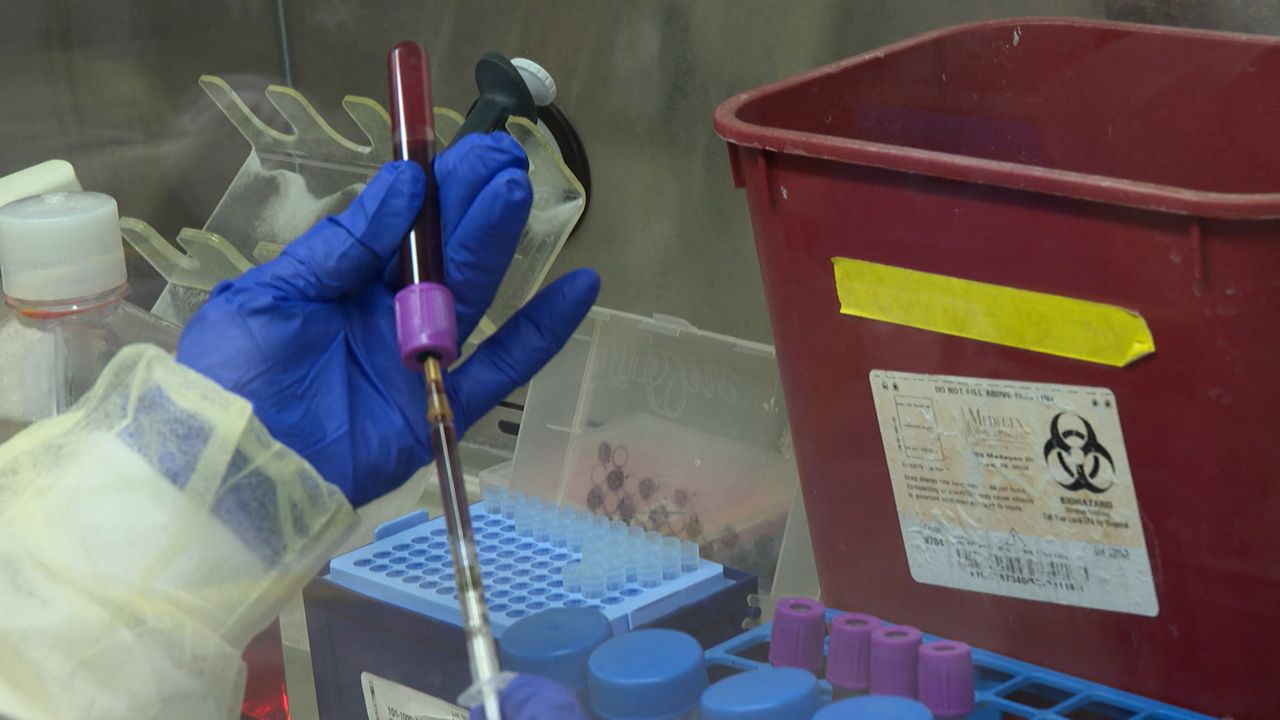 As scientists have developed vaccines for COVID-19, new strains of the virus continue to show up. For the past two years, researchers at a local university in Southern California have been working on something they say could help us prepare for when, and not if, another outbreak comes.


UC Irvine professor of immunology Lbachir BenMohamed — who also is the director of the Laboratory of Cellular and Molecular Immunology at the university's Gavin Herbert Eye Institute — and his colleagues have been developing a preemptive vaccine for all coronaviruses with a multimillion-dollar grant from the National Institute for Allergy and Infectious Diseases.

Because coronaviruses can mutate, experts at UCI have been working to develop a vaccine that will attack the spike protein and additional proteins in SARS-CoV-2.

The team has been working with human blood to test the vaccine candidate's efficacy.

While pointing to a row of vials of blood, researcher Ruchi Srivastava said the blood belonged to a COVID positive and asymptomatic patient.

Srivastava said she always knew she would be working in the medical or health-related field.

"I wanted to do something for humanity," she said.

Srivastava explained how the team's vaccine is different from the COVID-19 vaccines currently being administered to people.

"Pfizer and Moderna, they are targeting just the spike protein," she said.

Srivastava explained that if one looks at SARS-CoV-2, there are 24 proteins. Instead of just the spike protein, the team looked at the structures of each of those COVID-19 proteins.

BenMohamed said they also looked at different types of coronaviruses, not just the kinds humans can contract, including the one that causes the common cold. They also analyzed ones that have infected animals, including bats. The team identified what each strain had in common and identified seven common parts or antigens.

Researcher Pierre Coulon said the identical or common parts are important because "it is likely that for the next outbreak, those parts will remain the same too."

After two years of development and pre-clinical trials on mice and hamsters, he said, "We have data already from the first candidate, vaccine No. 1, that shows it protects from four different variants of concern: alpha, beta, gamma and delta."

They also will test it on the omicron strain.

The professor said animals vaccinated with one of their vaccine candidates and exposed to COVID-19 showed not only neutralizing antibodies but also showed backup immune fighting cells. Tests showed the animals had killer T cells, which can destroy infected cells, and helper T cells that coordinate the attack and stay in the immune system longer.

BenMohamed said that assuming it works the same in humans, "It's like a stronger army with multiple tactics to eliminate the enemy, which is the virus."

"It's a lot of excitement," the professor said. I basically jumped on my chair and said, 'Wow.'"

He said their research has the potential to help us now and in the future.

"Our vaccine [candidate] can serve as a booster for the current COVID-19, but it can also serve as a preemptive vaccine that is not here yet," he said.

It is exciting work for all the researchers, who also include Swayam Prakash and Nisha Dhanushkodi. Srivastava said she is happy to do the work.

"I feel like it's going to protect people with something," Srivastava said

BenMohamed said Phase 1 of human clinical trials could begin as early 2022 with the best one or two vaccine candidates.

The team now has a startup company called TechImmune LLC and a scientific advisory board. They are hoping to begin phase 1 clinical trials in 2022. The professor said if all goes well with clinical trials, a universal preemptive coronavirus vaccine could be available as early as 2024.