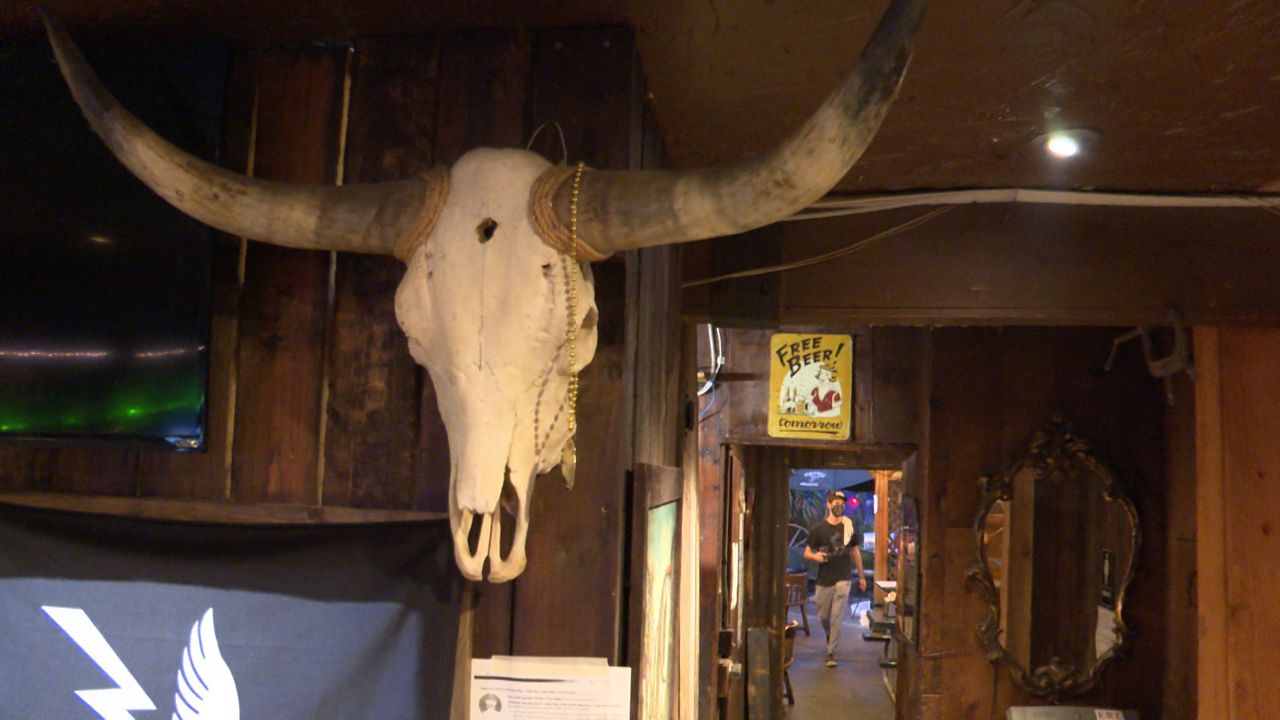 BURBANK, Calif. — The wild, wild west was known for lawlessness, but the folks at Tinhorn Flats say they're following the rules even if they disagree with them.

“A lot of people are thinking that we are against masks, and that is completely untrue,” manager Lucas Lepejian said. “It’s only the mandate.”

It was his father, Baret Lepejian, the owner of the Magnolia Boulevard saloon, that posted about Burbank’s mask ordinance on Facebook, saying, “We will not bow down to threats and fears.”

“He feels as if it’s against our right, and it’s very controlling and unfair to the public,” Lucas said of his father.

Earlier this month, the city announced that they would be hiring an outside contractor, Willdan Engineering, to enforce mask-wearing at highly populated locations, including downtown Burbank, the Chandler Bike Path, and the Magnolia Park Business district, where Tinhorn Flats is located.

“We believe that if you are out in public walking around with no one near you, it’s not necessary to wear the mask,” Lucas explained, but he thinks people jumped the gun, leading to what became a bit of a social media showdown. He insists that they're following COVID-19 protocols inside the restaurant, including all of his employees wearing face coverings. 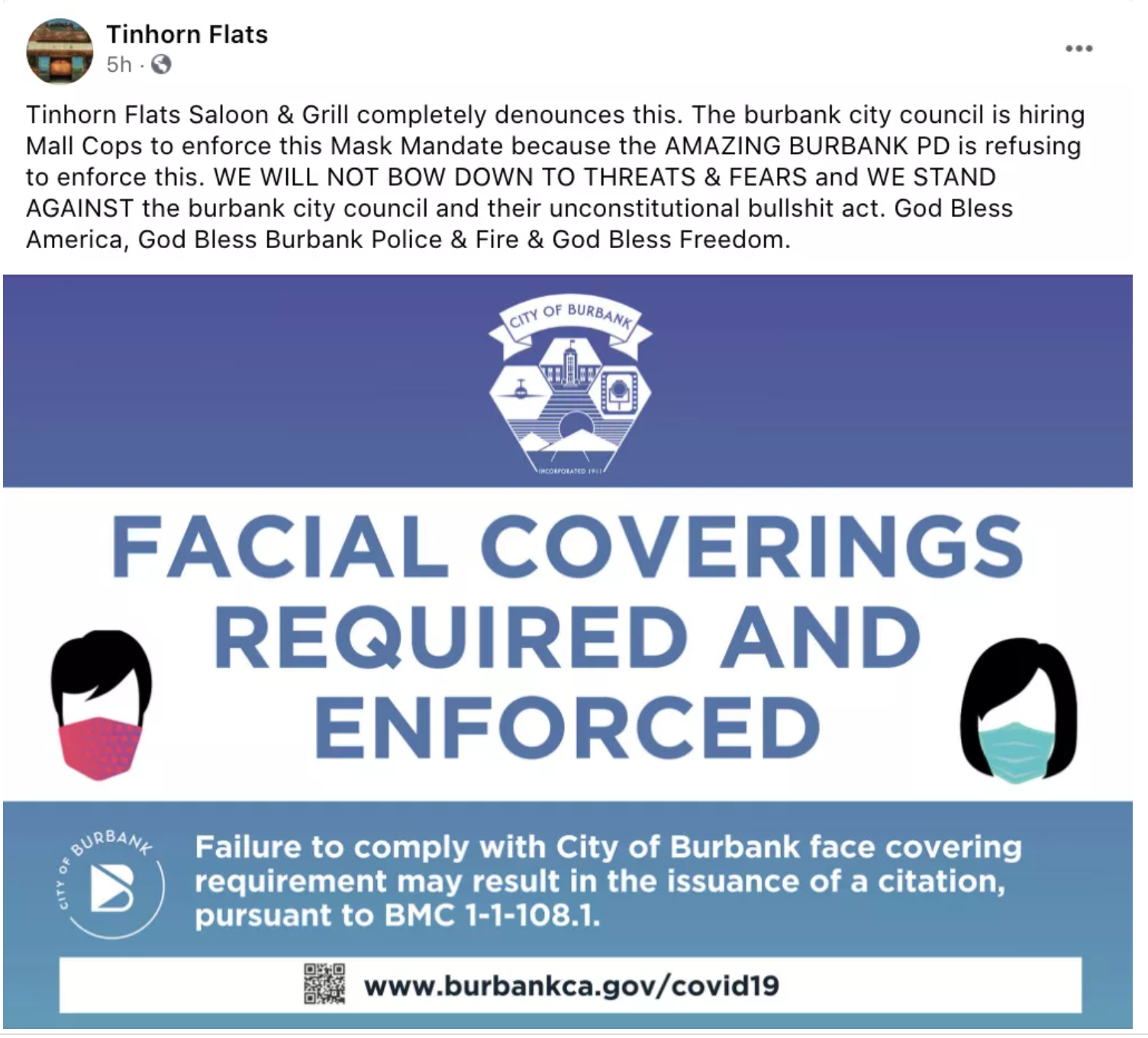 “We take masks very seriously here at Tinhorn Flats, and we’re complying with all the rules and regulations,” he said.

The Lepajian’s are certainly not the only ones with opinions about the new enforcement policy. Sgt. Derek Green with the Burbank Police Department said their official Facebook post was inundated with comments.

“We definitely received our fair share of feedback both in support of the initiative and those who are opposed to it,” Green said. “People view this as an infringement on their rights. But really, it’s just a matter of trying to slow the spread of this pandemic, so that we can all get back to normal.”

For now, employees of Willdan Engineering are issuing warnings. They will start issuing citations as of October 30, Green said. The fines start at $100 but could go as high as $500 for repeat offenders.

“But again, these are last resorts,” Green said. “We want people to voluntarily comply with the ordinance.”

The mask issue aside, Lucas’ father also has been vocal on social media about politics, at times using strong language or personally attacking other commenters. Lucas worries some of his customers may not have the appetite for this rhetoric, but he said he trusts his father, who has been in business for a long time.

“You know, if he wants to post it on his personal, he has every right to do so,” he said. “Freedom of speech.”

Lucas said he’d like to see people have civil conversations instead of automatically grabbing their phones to engage in the polarizing fare that social media frequently has on tap.