TORRANCE, Calif. — Two seats on the Torrance Unified School District’s Board of Education are up for grabs this November, as sitting school board members Terry Ragins and Don Lee will be leaving office.

The district is one of the ten largest public school districts in Los Angeles County, with 23,394 enrolled students in 2019, and serves one of the most diverse communities in the South Bay, both ethnically and economically. More than one-third of the city’s racial make-up is Asian, with one of the highest concentrations of ethnic Japanese in the United States.

Four candidates are competing for those two seats: Two are first-time candidates, relatively new to the Torrance political scene, and two are well-versed, either as long-time commissioners or as previous candidates for office. This story is the first in a two-part series looking at those candidates. 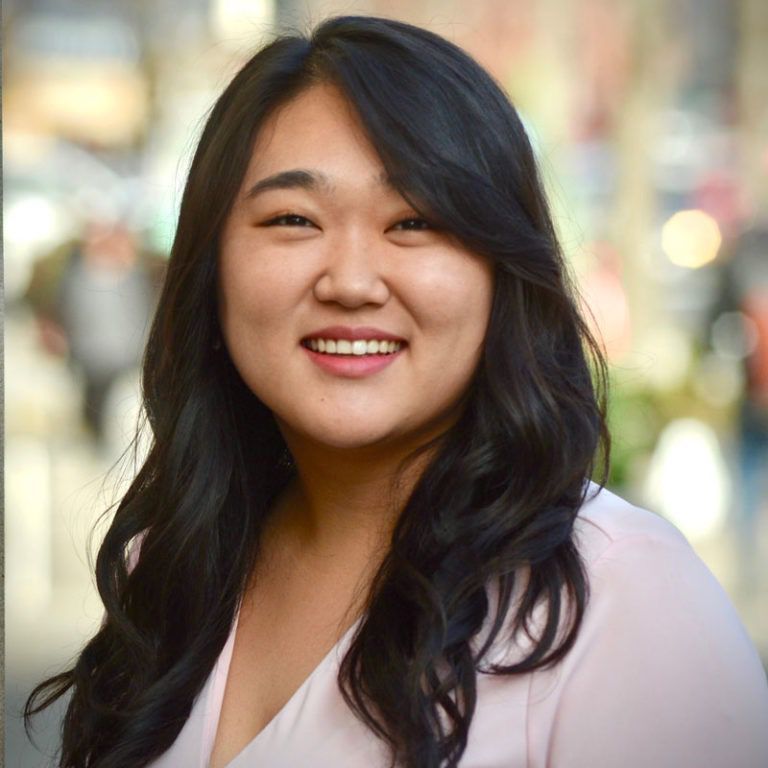 For years, Jasmine Park’s interests took her across the globe and through the halls of America’s most prestigious universities. Now, she’s hoping that she can bring her talents back home to the Torrance school board.

“I’ve been all over the world, and I think I’m ready to take what I’ve learned from the education opportunities that have been afforded to me to serve my own community here in Torrance,” Park said.

“I’m so thankful for the opportunities that a TUSD education has afforded me,” Park said when asked why she is choosing to run for school board. “Particularly now, with our society’s conversations about systemic racism, inequity, and all of our institutions, my generation has a responsibility to step up.”

Her decision to run for the school board came from a self-examination of her expertise, passions, and where she could best serve her community. During her Peace Corps service, Park worked with Cambodian schools on sanitation projects and technological topics. Today, she works with the Future of Privacy Forum as a policy fellow for the Youth and Education Privacy team. Now, in the early stages of her campaign, Park is looking to apply her nationwide perspectives on education to the local level.

“Torrance is so diverse, so I think it’s hard to boil things down,” she said.

Torrance is one of the largest communities in the South Bay, covering more than 20 square miles. It’s generally accepted that Torrance’s South High School and West High School communities are more prosperous than those of North High and Torrance High, which are further inland. (Fewer than 25 percent of students at South High or West High are considered socioeconomically disadvantaged, according to the California School Dashboard. That percentage climbs up to 35 percent for Torrance High, and 45 percent for North High.)

“It’s a buffer city between south L.A. and the wealthier cities. You feel that transition going south and west, in terms of what your physical landscape even looks like,” Park said.

As a Torrance native, she’s familiar with the racial and economic diversity of her hometown and the challenges her neighbors are facing. “I think that addressing the widening gap in America begins in education,” Park said. “When we’re talking about how we fix racism, or how we fix differences in terms of opportunities in the U.S., I think that’s rooted in making sure all students are given equal opportunities to education, and making sure they’re equipped with the right skills to fit into our evolving society.”

She’s interested in school success beyond academic outcomes, but also in holistic support for the whole child. “Especially now with kids, as they’re dealing with COVID-related and race-based stress and trauma, that they have access to mental health and counseling resources that are also available to the community.”

When talking about her goals in this seat, Park speaks quickly, building connections to new ideas with every phrase. As part of her work with the Future of Privacy Forum, she’s been steeped in educational technology tools — especially distance learning — and she’s excited to apply that knowledge to her home district.

Park acknowledges that she is new to the local political arena, “but I’ve been seeing it more as an asset than a disadvantage…I have no pre-existing prejudices or alliances that are going to keep me from building relationships with anyone,” she said.

“I don’t have a full-set agenda, with talking points, but I’m opening to listening and hearing and weighing things around their values. I feel very clear in terms of what it is I care about, what my values are, and what the main factors are in my decision-making.” 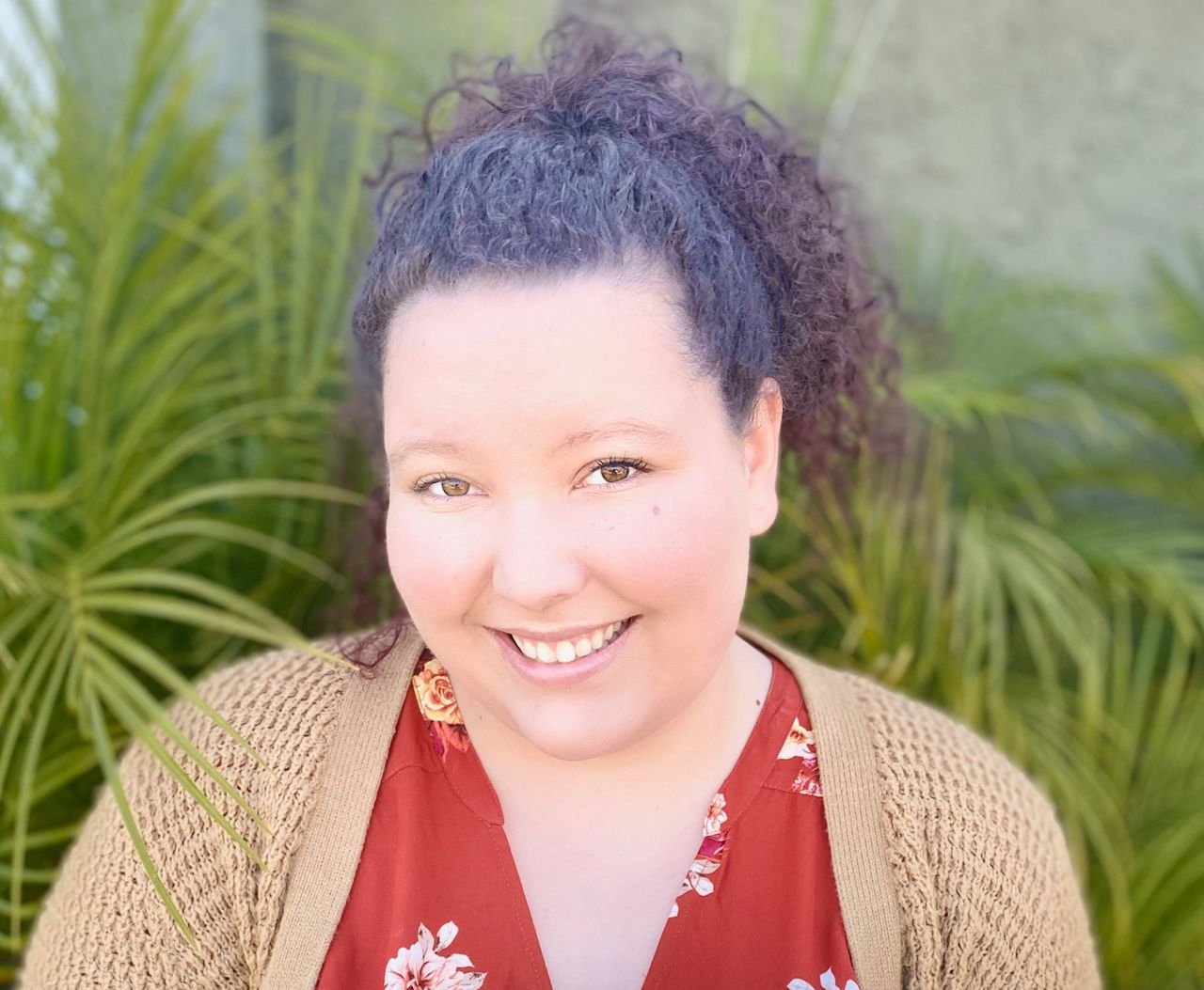 At just 20 years old, and already a college graduate, Madison Laster is working to earn her second spot on a school board in the last three years.

During the 2017 and 2018 school years, Laster was the student board member of the Redondo Beach Unified School District’s Board of Education.

By the end of her senior year at Redondo Union High School in 2018, she was moving on with two diplomas: one from Redondo, and an associate degree from Torrance’s El Camino College, putting her on the fast track for finishing up her four-year degree at Sacramento State. In December 2019, Laster graduated with a Bachelor’s Degree in Political Science.

“Hopefully I can take my experience from Redondo and make a difference in Torrance,” Laster said.

“National PTA sets the tone for a lot of local PTA's and steers the organizations to benefit as many children and families as we can,” Laster said.

Laster believes that her experience as a member of various education-related boards and organizations has prepared her well for membership on the Torrance school board.

“As a board member, you need to advocate on behalf of students, on behalf of community, to advocate for funding and for a more inclusive curriculum," Laster said. "PTA has given me advocacy experience and opened my eyes to education policy, in general, from a national scale. That perspective is really important, because I can bring back the best practices to Torrance to better run our schools.”

“I’d like to improve our suspension rate in Torrance. I think the past few years have seen a decline, which is wonderful, but there’s still ways to go. By being more inclusive and purposeful and mindful about disciplinary actions, we can better meet the needs of students, rather than going the punitive route,” she said.

As of the district’s 2019-2020 Local Control Funding Formula budget overview, TUSD reported a suspension rate at 2.4 percent — 0.7 percent higher than the district’s goal rate, at or below 1.7 percent. (According to the California Department of Education, suspension rates are calculated by the number of students suspended for an aggregate total of one full day divided by the district’s total enrollment.)

Laster said that it’s generally believed that suspension and truancy rates are typically higher among underserved students. “That’s one of the reasons why it’s so important to reach those students before they have an instance where suspensions may be an option,” Laster said. Less than one-third of Torrance students, 31.3 percent, are considered “socioeconomically disadvantaged,” according to the California School Dashboard, which provides summaries of schools and districts throughout the state.

To Laster, that means an expansion of wrap-around services — programs outside the core curriculum that offer mental health support, counseling, mentorship, and other services that focus on bettering the "whole child" (to borrow a phrase from the school district she matriculated from), rather than focusing solely on education.

When asked if she was concerned that her status as a graduate of the Redondo school system — and her lack of intimate familiarity with TUSD — might hurt her in this election, she shook her head.

“I’ve been in the West Torrance community practically my whole life," she said. "I’ve been involved and engaged with what happens on the ground with some second-hand knowledge from family members who have graduated from Torrance schools. But I’m not concerned about it. If anything, I think it’s beneficial to have a different perspective.”

This is the first in a two-part series profiling the candidates vying for the Torrance school board. You can read about the other candidates here.